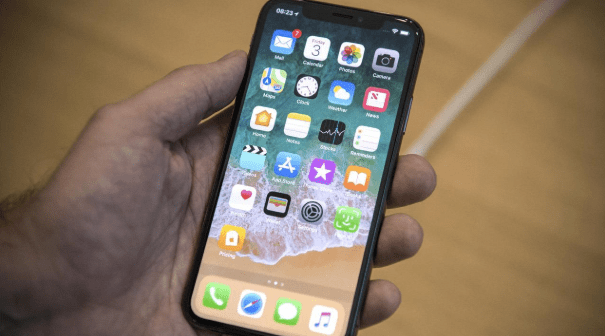 (CNN) — Apple may be about to give its customers a lot more control over their iPhones and iPads.

The company is said to be considering allowing people to choose their default iOS apps for a broad number of tasks, including maps, web browsing and email, according to a Bloomberg report. This means you could potentially replace your iPhone’s default Safari or Maps app with alternatives like Gmail and Google Maps.

This might seem like a minor, insignificant change, but it would signal a big concession for Apple. It could allow apps such as Spotify and Pandora to be streamed directly from Apple’s HomePod smart speaker, giving other developers a fairer shot of competing against Apple’s built-in services, the report said.

Apple did not immediately respond to a request for comment.

Apple embraced a closed ecosystem when it launched the Apple App Store in 2008. That benefited the company’s bottom line and ensured a certain level of quality control over customers’ experience using their iPhones and iPads. But over the years, increased pressure from regulators, developers and consumers has slowly but surely opened up Apple’s walled garden of an operating system.

The company has progressively given its customers more control, such as letting them delete core apps and install third-party keyboards. But its efforts still largely trail behind Google’s Android operating system, which has given its customers far greater ability to customize their phone experiences and default settings.

Apple loosening its grip on the ecosystem would be a major win for its competitors, which could gain access to far more customers — and data — than before.

“By simply becoming the default browser on an iPhone, developers like Google could easily gain access to potentially 900 million iPhone users and all their browsing habits on a constant basis,” Jitesh Ubrani, research manager at IDC, told CNN Business. “The same would apply to anyone creating a mail app or music app — and that’s important because it could potentially slow the growth for some of Apple’s services.”

The move comes at a curious time for Apple as it looks to gin up more revenue from its Services business with apps like Apple Music and Apple TV+. But opening up its ecosystem even more could help Apple grow revenue, too.

“Many consumers prefer Spotify and that could have prevented them from purchasing a HomePod,” Ubrani said. “By allowing Spotify to be the default player on the HomePod, not only can Apple gain additional hardware revenue, they could potentially gain more services revenue as users subscribe to Spotify through Apple.”

Although it’s unclear if Apple will adopt this strategy moving forward, it could also represent a new foundation for opening up other areas of iOS: It may seem like a long shot, but perhaps we could even see Alexa swapped in for Siri on iPhones of the future.