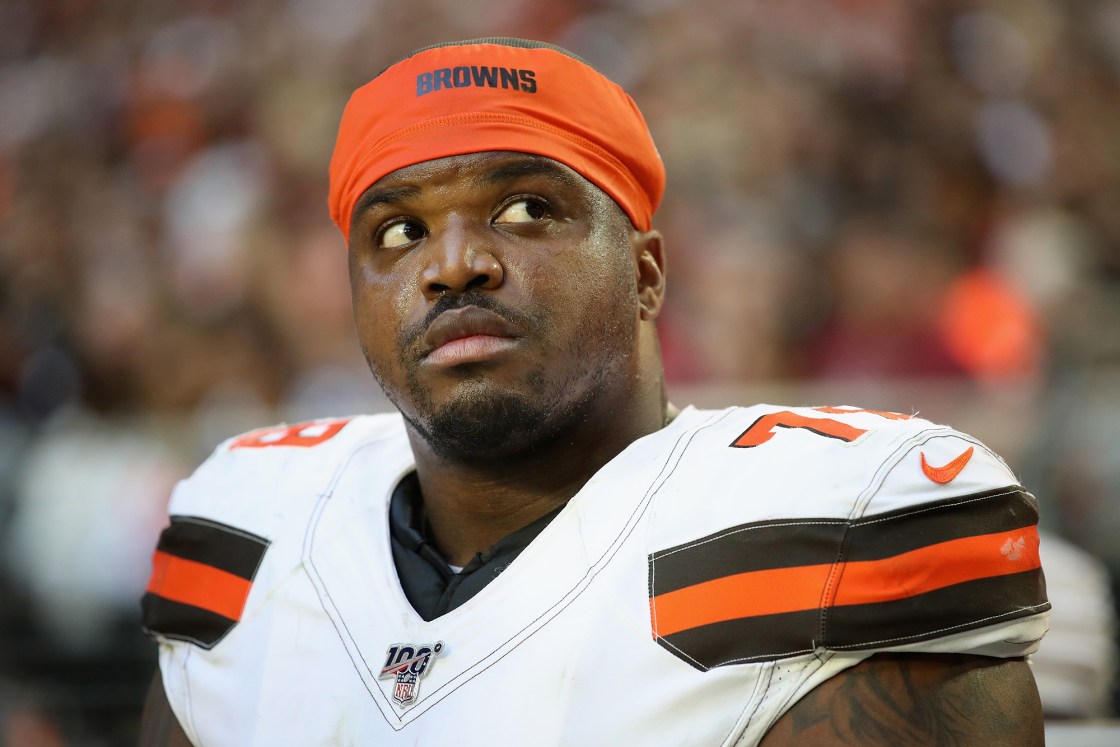 Robinson, 27, and Jaquan Bray, 26, were charged in a federal complaint with conspiracy to possess with intent to distribute marijuana and possession intent to distribute, the US Attorney’s Office for the Western District of Texas said in a news release. If convicted, they could face up to 20 years in federal prison.

Robinson is the same Gregory Robinson who is a player for the Cleveland Browns, Department of Justice spokesman Daryl Fields told CNN. Robinson will be an unrestricted free agent next month.

Bray and Robinson were approaching the Sierra Blanca Checkpoint Station when a border patrol canine unit alerted agents to their vehicle, the release said. Bray, who was driving, parked the vehicle in an inspection area.

“A subsequent inspection of the vehicle by agents revealed the presence of approximately 157 pounds of marijuana inside several large duffle bags in the rear cargo area,” the release said.

Robinson rented a car in Los Angeles on Sunday and arranged for an Uber driver to drive him and Bray to Louisiana, according to the release. He instructed Bray to drive when the three reached El Paso, the release said.

When they approached secondary inspection at the Sierra Blanca checkpoint near the US border with Mexico, Robinson told the Uber driver he would pay them to claim the marijuana, the complaint said, according to the release. The driver refused and said they would not have driven had they known about the drugs.