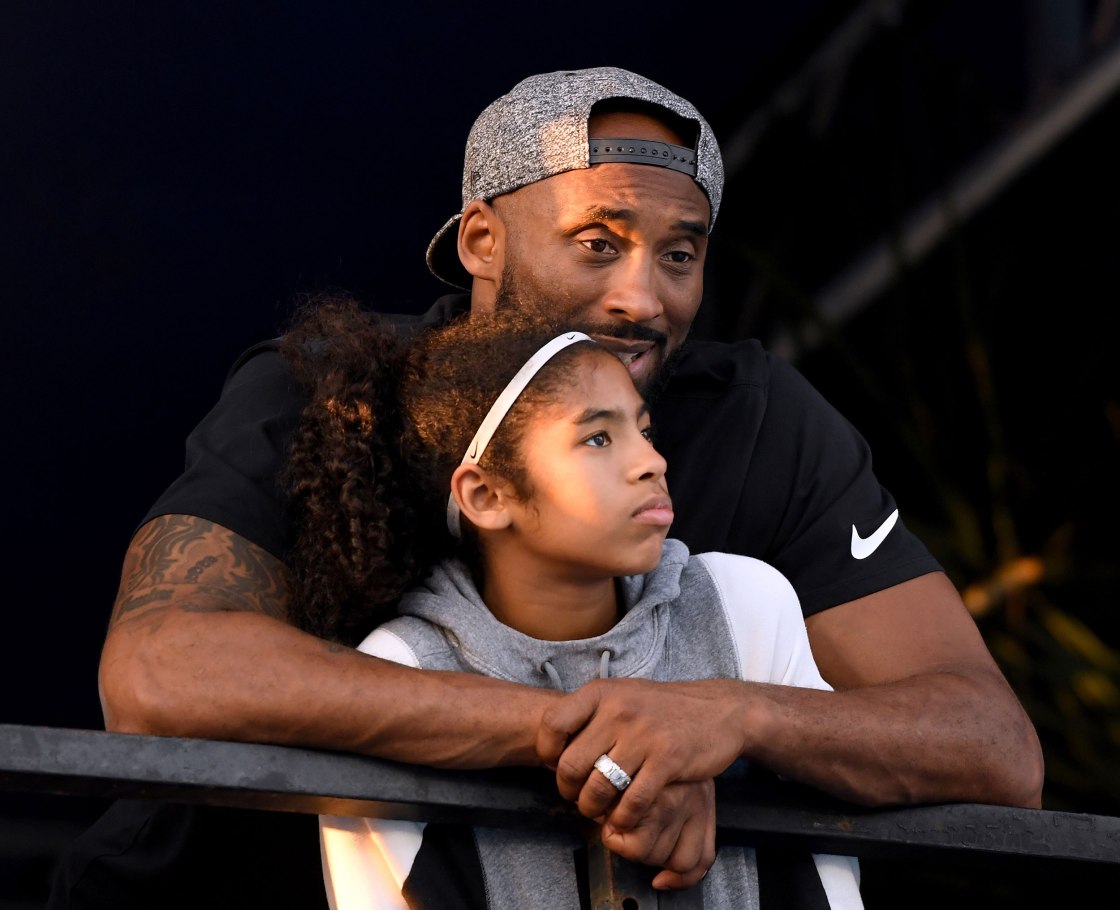 Amid tears, laughs and cheers, memories flowed through Staples Center Monday as the NBA, the city and the world bade a formal farewell to Kobe Bryant and his 13-year-old basketball prot茅g茅 daughter, Gianna, one month after the helicopter crash that claimed their lives.

Walking onto a stage adorned with thousands of roses, Bryant’s wife, Vanessa, made her first public appearance since her husband and daughter died along with seven other people in the Calabasas crash. She gave a tearful, powerful tribute to them both, painting a picture of her world-famous husband as a loving husband and family man.

“I couldn’t see him as a celebrity nor just an incredible basketball player. He was my sweet husband and the beautiful father of our children,” Vanessa said. “He was mine. He was my everything. Kobe and I had been together since I was 17 and a half years old. I was his first girlfriend, his first love, his wife, his best friend, his confidante and his protector. He was the most amazing husband. Kobe loved me more than I could ever express or put into words.

“… I have no idea how I deserved a man that loved and wanted me more than Kobe,” she said. “He was charismatic, a gentleman. He was loving, adoring and romantic. He was truly the romantic one in our relationship. I looked forward to Valentine’s Day and our anniversaries every year.”

Bryant’s number 8 and 24 jerseys were illuminated in the Staples Center rafters as Vanessa spoke of his legacy.

“We had always talked about how we would be the fun grandparents to our daughters’ children,” she said. “He would have been the coolest grandpa. Kobe was the MVP of girl -ads, or MVD. He never left the toilet seat up. He always told the girls  how beautiful and smart they are. He taught them how to be brave and how to keep pushing forward when things get tough.”

Vanessa described her daughter, Gianna, as a loving teen with a smile that filled her face, and who never left the house or came home with kissing her mother.

“She gave the best hugs and the best kisses,” she said. “She had gorgeous soft lips like her daddy. She would hold me and hug me so tight. I could feel her love me.”

Vanessa Bryant noted that her daughter, while hailed for her basketball talent, was also great at gymnastics, soccer, softball and dancing.

“Gigi would have mostly likely become the best player in the WNBA,” she said. “She would have made a huge difference for women’s basketball. Gigi was motivated to change the way everyone viewed women in sports. She wrote papers in school defending women and wrote about how the unequal pay difference of the NBZ and WNBA leagues wasn’t fair.”

Vanessa Bryant said Gianna was a “beautiful, kind, happy, silly, thoughtful and loving daughter and sister. She was so full of life and had so much more to offer this world. I cannot imagine life without her.”

She lamented that she would not be able to see her daughter grow up.

“I won’t be able to tell her how gorgeous she looks on her wedding day,” she said. “I’ll never get to see my baby girl walk down the aisle, have a father-daughter dance with her daddy, dance on the dance floor with me or have babies of her own.”

The emotion-packed event began with a performance by Beyonce, who sang a rendition of her song “Halo,” followed by a highlight reel of Bryant’s career, which began as an 18-year-old phenom out of high school and earned him five NBA titles.

Late-night television host and comedian Jimmy Kimmel emceed the memorial, often fighting back tears of his own.

“I don’t think any of us could have imagined this,” Kimmel said. “Everywhere you go, you see his face, his number, Gigi’s face, Gigi’s number. Everywhere at every intersection, there are hundreds of murals that were painted by artists who were inspired, not because he is a basketball player, but because Kobe was an artist too.”

“The same passion we all recognized in Kobe, obviously, Gigi inherited. Her skill was undeniable at an early age,” Taurasi said. “Gigi in many ways represents the future of women’s basketball.”

The ceremony was chosen to be on Feb. 24 in honor of Bryant’s number 24 and Gianna’s number 2.

Along with Bryant, 41, and his daughter, also killed in the crash were:

Ticket prices for the memorial ranged from $24.02 to $224. The ticket prices were also set in recognition Kobe and Gianna’s jersey numbers. Everyone in attendance received shirts that had photos of Bryant and his daughter. Fans traveled from across the region to attend the event.

“I think this will bring closure to a lot of people in Los Angeles,” one fan said as he waited to enter Staples Center.

All proceeds from the ticket sales will be donated to the Mamba and Mambacita Sports Foundation.

Pacific Park on the Santa Monica Pier will honor Bryant on its 90-foot- tall Ferris Wheel by featuring “LA (loves) 24” and “LA (loves) 8” along with displays of gold and purple colors in a variety of patterns and transitions, from sunset to midnight.

And LAX tweeted Sunday that its pylons “will once again be lit in purple and gold” Monday night in honor of Bryant.