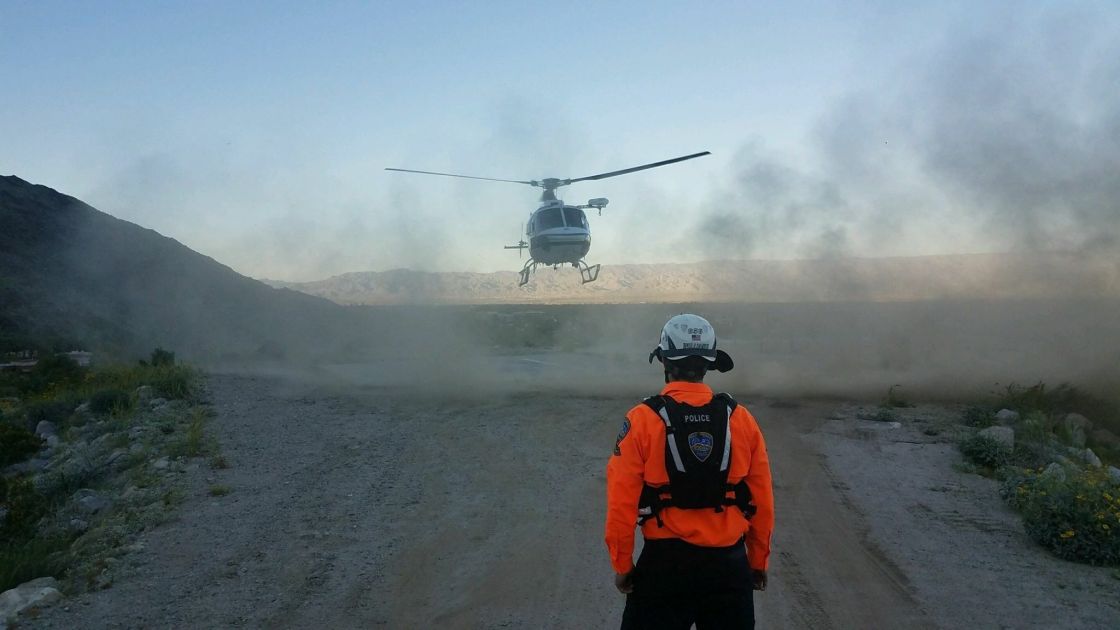 An injured hiker in the Ladder Canyon area was rescued Monday in a multi-agency effort by Cal Fire Riverside, the Riverside County Sheriff’s Department, and the California Highway Patrol.

The hiker, whose gender was not released, was hiking in Ladder Canyon near Painted Canyon Road and Box Canyon Road in Mecca, according to Cal Fire Riverside.

The person suffered a lower extremity injury, which was reported to Cal Fire Riverside about 5:15 p.m. Firefighters were unable to access the area the hiker was in, prompting helicopters with Riverside County Sheriff’s Department and California Highway Patrol to assist, Cal Fire Riverside reported.

The hiker was hoisted by a helicopter, and at 8:28 p.m. was transferred to an air ambulance that took the patient to a hospital, according to Cal Fire Riverside. The person’s status was not released.