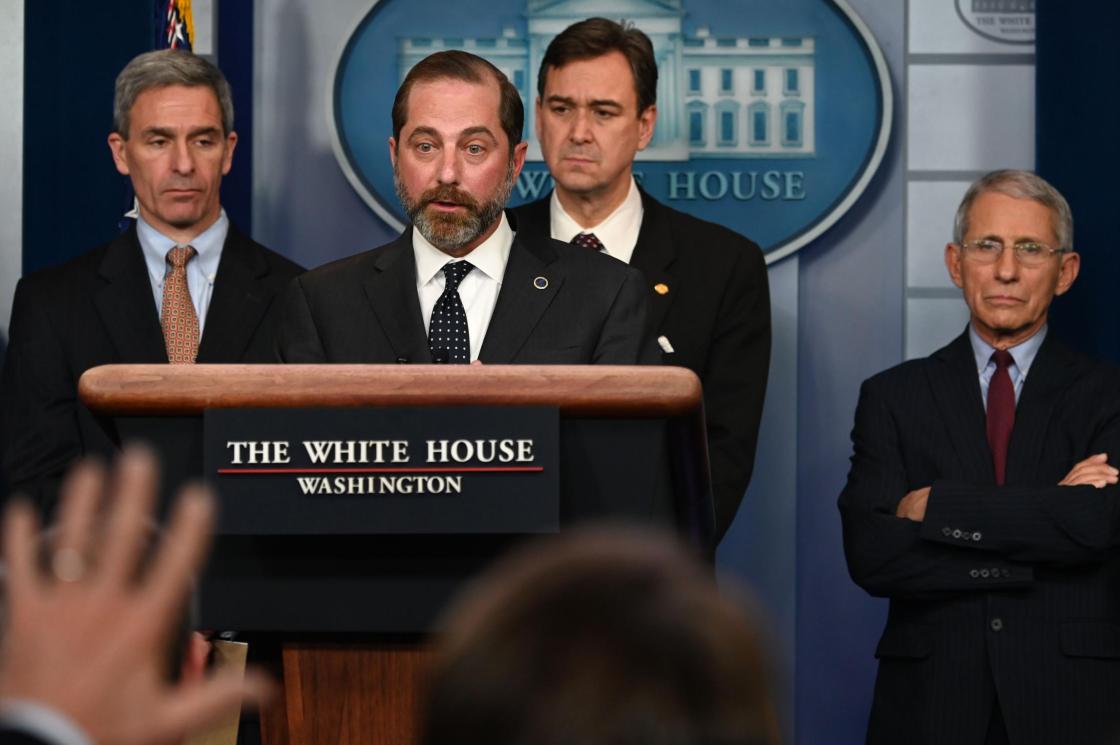 (CNN) — A whistleblower at the Department of Health and Human Services is seeking federal protection after complaining that more than a dozen workers who received the first Americans evacuated from Wuhan, China, lacked proper training or protective gear for coronavirus infection control.

“We are hopeful that Congress and the OSC will investigate this case in a timely and comprehensive manner,” Ari Wilkenfeld, a lawyer for the whistleblower, told CNN. “This matter concerns HHS’s response to the coronavirus, and its failure to protect its employees and potentially the public. The retaliatory efforts to intimidate and silence our client must be opposed.”

The Washington Post was first to report on the complaint and cited a redacted complaint obtained from lawyers that alleges HHS staff were “improperly deployed” and “were not properly trained or equipped to operate in a public health emergency situation.” The whistleblower also alleges she was unfairly reassigned after raising concerns.

Zachary Kurz, communications director for the US Office of Special Counsel, confirmed to CNN that “OSC has received the complaint and the case has been assigned.”

CNN has not independently reviewed the complaint.

William Walters, executive director and managing director for Operational Medicine in the Bureau of Medical Services at the State Department, pushed back on the allegations when he was asked about the report during a coronavirus hearing Thursday afternoon before the House Foreign Affairs Committee.

While he did not speak to the specific issues outlined in the Post story, he addressed the issue based on his own experiences while traveling with personnel to China for the evacuation missions of US citizens from China.

“I can speak, having been on those missions, and certainly the first trip out of Wuhan, the second, the third, the Diamond Princess, and based on a relationship that I’ve had with HHS, (Secretary of Defense Mark) Esper and CDC dating back to 2014. Every precaution has been taken,” he said.

When asked whether he saw anyone without protective equipment, Walters replied, “No I can say unequivocally that everyone involved with those evacuations was appropriately equipped and trained.”

During the hearing, another State Department official, Ian Brownlee, displayed a photo of HHS workers in full hazmat suits as they were processing people coming off the Diamond Princess cruise ship, which was put under quarantine in Japan after the virus broke out onboard.

News of the whistleblower complaint and alleged incident comes as Health and Human Services Secretary Alexander Azar has come under fire for his handling of the coronavirus response. President Donald Trump has privately expressed frustration with his HHS secretary, accusing Azar of not keeping him updated enough, CNN reported Wednesday.

Thursday also marked a new communications approach from the administration. Vice President Mike Pence’s office is now in charge of all novel coronavirus messaging, after several aides blamed negative coverage about the response on too many mixed messages from senior members of the administration.

Trump announced during a White House news conference on Wednesday that he was putting Pence “in charge” of the administration’s coronavirus response, adding that Pence will report directly to him. Minutes later, Azar said that he was “still chairman of the task force” — muddling the message and perhaps the point of the news conference regarding who is in charge of the administration’s response to the crisis.

Azar also said the coronavirus poses a low risk to the American public, despite warnings from the Centers for Disease Control and Prevention to the contrary.

“The immediate risk to the American public is and continues to be low,” he said at the briefing.

The CDC website’s page on the coronavirus states that “the potential public health threat posed by COVID-19 is high, both globally and to the United States.”

The coronavirus outbreak originated in Wuhan, China, in December and has since grown to more than 82,000 cases and 2,800 deaths worldwide. Recently, there has been an outbreak of the virus in Italy and a spike in cases in South Korea.