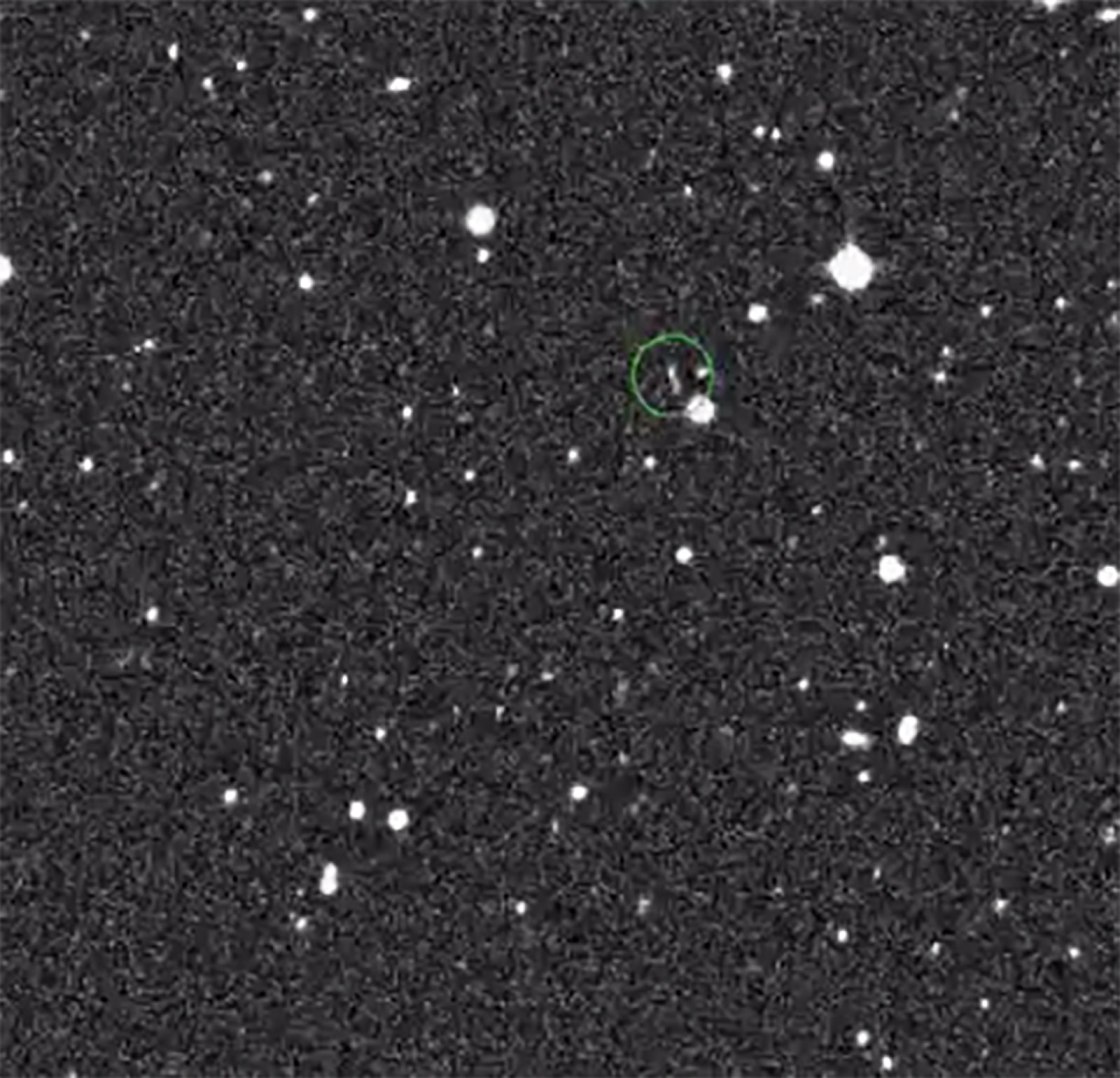 Earth has a new mini-moon — but it’s only temporary

Earth has captured a tiny object and pulled it into orbit.

The asteroid, known as 2020 CD3, is only the second asteroid known to orbit Earth. And while it won’t last, this asteroid acts as a temporary mini-moon whirling around our planet. The asteroid is expected to drop out of orbit around the Earth in April and return to a heliocentric orbit, which is an orbit around the sun.

The discovery was made by Kacper Wierzchos and Theodore Pruyne, researcher specialists for the Catalina Sky Survey. It’s a NASA-funded project at the University of Arizona’s Lunar and Planetary Laboratory in Tuscon, Arizona.

The survey is supported by the Near-Earth Object Observations Program, which reports into NASA’s Planetary Defense Coordination Office. Specialists at Catalina help NASA discover and track near-Earth objects that could be potentially hazardous to the planet.

In this case, they found a natural satellite that was pulled into Earth’s orbit, likely two or three years ago.

On Tuesday, the Smithsonian Astrophysical Observatory’s Minor Planet Center announced the object. The MPC is “the single worldwide location for receipt and distribution of positional measurements of minor planets, comets and outer irregular natural satellites of the major planets.”

“Orbit integrations indicate that this object is temporarily bound to the Earth,” according to the announcement on its site. “No link to a known artificial object has been found. Further observations and dynamical studies are strongly encouraged.”

The asteroid is likely between 6.2 feet and 11.4 feet in diameter, the researchers said on Twitter.

“Over the next few weeks, more observations are likely to come in,” Pruyne said in an email to CNN. “This will better help us understand the origin of the object, as well as a more accurate timeline of when the object came into orbit.”

This will help them determine if it is a rocky asteroid or an artificial object, said Eric Christensen, director of the Catalina Sky Survey.

So far, they only have about a week’s worth of data, Christensen said.

“With further observations and a better understanding of the orbit, dynamicists will be able to trace 2020 CD3’s processing through the Earth-Moon system, and work backward to the pre-capture orbit,” he said.

The first known asteroid to orbit Earth, asteroid 2006 RH120, was discovered using the Catalina Sky Survey in September 2006. It’s known as a TCO, or Temporarily Captured Object, to astronomers.

“The story of 2006 RH120 is not without controversy however, as its orbit appears similar to some Apollo-era spent rockets boosters, and therefore some scientists believe it may be an artificial object,” according to the survey’s website.

With increasing capabilities of surveys, it’s likely that more temporarily captured objects “will be discovered in the coming years, allowing for improved definition and characterization of this strange class of near-Earth objects.”

Often, this only slightly changes and orbit and sends it in another direction, or pulls it close by Earth without creating an impact to our planet, he said.

Temporarily Captured Objects are rare. “The reason TCOs are so rare, is that it takes a very precise vector [speed and direction] to be pulled in by Earths gravitational pull, and to not impact or fly out in a new direction,” Pruyne said.

And in some cases, the objects are too small to be detected.

“It is thought that there exists a constantly-changing population of temporarily captured objects that are entering and leaving the Earth-Moon system,” Christensen said. “Most of them are likely smaller than 2020 CD3 and 2006 RH120. Smaller TCOs are too small and difficult to detect. 2020 CD3 is only a couple meters wide, and was detected at about 3/4 the distance to the Moon.”