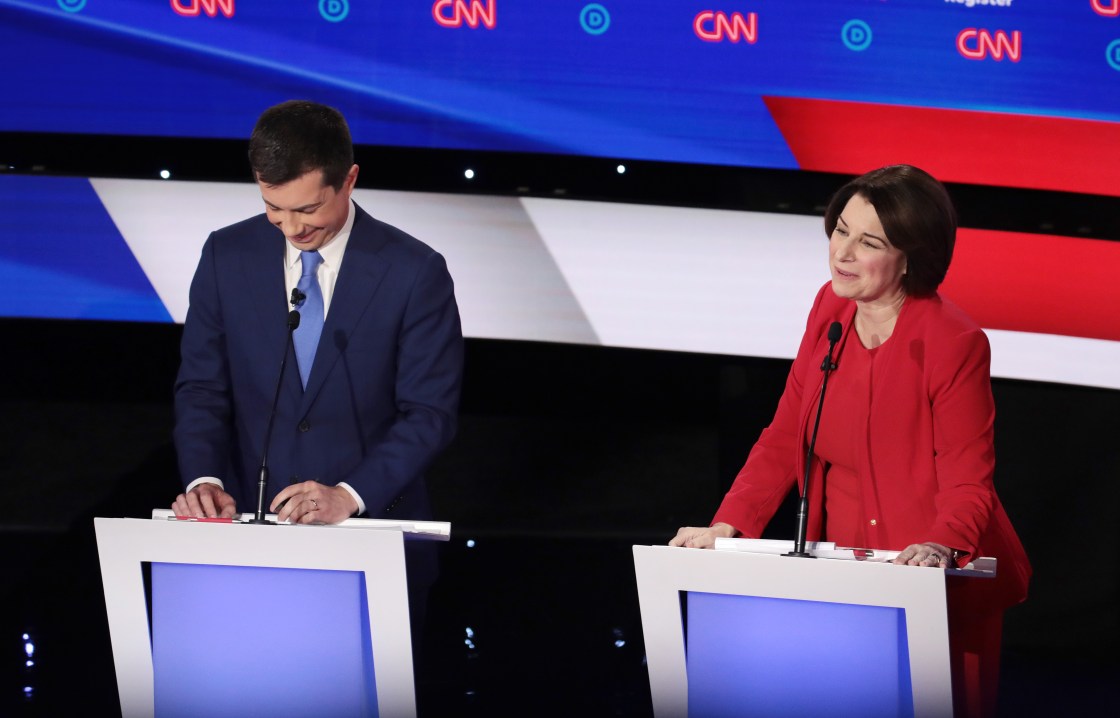 The Klobuchar campaign confirmed that the senator is flying to Dallas to join the former vice president at his rally, where she will suspend her campaign and give her endorsement on the eve of Super Tuesday.

Klobuchar’s path to the nomination all but closed after she posted sixth-place finishes in Nevada and South Carolina, a sign that the Minnesota senator’s surprising showing in New Hampshire would not be nearly enough to propel her toward the nomination.

The high point of Klobuchar’s campaign came in mid-February, when a strong debate days before the New Hampshire primary led to a third-place finish in the state. But the showing even caught Klobuchar’s campaign off guard, and a lack of organization on the ground in Nevada and South Carolina, along with the senator’s inability to win over Latino and black voters, ultimately stalled her candidacy.

Klobuchar launched her campaign pledging to focus on the “nation’s heartland,” hoping to use her status as a Midwesterner to convince Democrats that the best way to defeat President Donald Trump is to nominate someone who could bring back disaffected voters in places like Michigan and Wisconsin. On the campaign trail, she frequently joked about building a “Blue Wall” around the Midwest and making “Donald Trump pay for it.” Those two states, which backed BarackObama and then flipped to Trump, will be critical in the general election.

“I have the receipts,” Klobuchar repeatedly said in the close of her campaign, pointing to the fact that she won some of Minnesota’s more rural, conservative counties.

That strategy led Klobuchar to devote much of her campaign to Iowa, staking any future success on her ability to win over voters there who, in many ways, share cultural similarities with voters in Minnesota.

The senator, though, turned in a fifth-place finish in Iowa.

That left Klobuchar weakened in New Hampshire until, days before voters went to the polls there, the senator delivered an electric debate performance that raised her campaign millions, filled her following campaign events with people and gave her enocugh momentum to notch a third-place finish in the state.

“We are taking this campaign to Nevada. We are going to South Carolina. And we are taking this message of unity to the country,” she said on the night of that primary, the apex of her campaign.

But Klobuchar was never able to fully nationalize her campaign because she constantly trailed her competitors in fundraising. Klobuchar entered 2020 with less than $5 million in the bank. While she received an injection of $12 million following her performance in New Hampshire, it was too late for her to turn that into useful television ads of operatives on the ground.

Because of those money struggles, Klobuchar’s campaign had little organization on the ground in Nevada, forcing her to scramble staff from across the country to the Silver State in an effort to turn her New Hampshire momentum into a tangible operation. It was for naught — Klobuchar took a distant sixth place there.

The same issues confronted Klobuchar in South Carolina, where the senator had just a handful of staffers permanently assigned to the state for much of 2019.

Klobuchar largely abandoned South Carolina in the week leading up to the primary, holding just one public event in the days before voting. She instead focused on a host of Super Tuesday states that her campaign believed would be friendlier to her.

The desertion was not missed by operatives in South Carolina.

“I’m dumbfounded,” said Bakari Sellers, a former South Carolina Democratic legislator and CNN analyst. “I’m trying to figure out how she thinks she can be the nominee without the black vote. Pete Buttigieg has at least tried. Amy Klobuchar doesn’t even try. It’s evident. South Carolina voters are paying attention and are going to punish her in the primary.”

Klobuchar, like all the other senators in the race, confronted the unexpected issue of having to be in Washington, DC, for the impeachment trial of the President, an obligation that kept the senator off the campaign trail days at a time in January.

“I never thought I wasn’t going to be able to be back here all next week, never in my wildest dreams,” Klobuchar said on the Sunday before the final week leading up to the Iowa caucuses. “But that is what my life is, and I am doing the right thing.”

But the impact on Klobuchar was greater. Both Vermont Sen. Bernie Sanders and Massachusetts Sen. Elizabeth Warren had more national campaigns and better odds at winning in states beyond Iowa, even if they finished there. Klobuchar never enjoyed that kind of broad support.

Klobuchar entered the race in February 2019 at an outdoor event where the senator was blanketed in snow minutes after taking the stage. She cast herself as the product of working-class parents and pledged to take on issues like money in politics, climate change and election reform, all while leaning on her Minnesota roots.

Unlike some candidates who tried to avoid getting too aggressive early in the race, the Minnesota native was one of the more direct candidates on the debate stage. The senator hit Warren for her litany of plans, telling voters that “the difference between a plan and a pipe dream is something that you can actually get done.”

And some of the senator’s most heated barbs were aimed at former South Bend, Indiana, Mayor Pete Buttigieg, who also recently exited the Democratic race. Klobuchar often went after Buttigieg for suggesting that experience in federal office was not the kind of experience needed in a president.

That acrimony reached a head days before the Nevada caucuses, where the two moderate candidates sparred aggressively.

When Buttigieg questioned Klobuchar’s inability to name the president of Mexico in a recent interview, the senator shot back, “Are you trying to say that I’m dumb? Or are you mocking me here, Pete?” When the former mayor slammed her for voting for Trump’s Customs and Border Patrol head, the senator dismissively said, “I wish everyone was as perfect as you, Pete,” before touting the fact she was “in the arena.”

But Klobuchar’s aggressive style at that debate failed to pay off for her in Nevada.

Klobuchar leaves the race with a warning to Democrats, especially because the front-runners for the nomination are now two white men in their 70s. Klobuchar, at debates and events across the country, has highlighted the ability for women to win, pointing to the success of Democratic women in the 2018 midterms as proof.