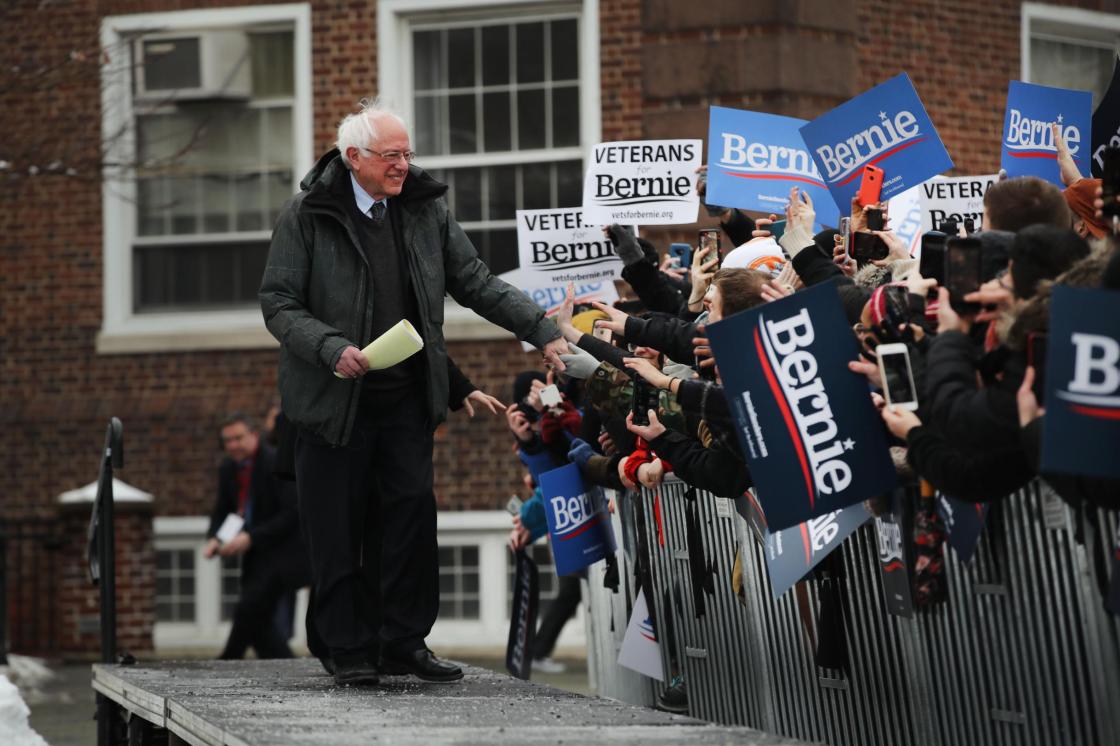 (CNN) — Vermont Sen. Bernie Sanders holds substantial leads in the two largest states to vote in next week’s Super Tuesday lineup of primaries, according to new CNN polls conducted by SSRS in California and Texas.

In Texas, Sanders holds 29% support among likely primary voters, former Vice President Joe Biden has 20%, former New York Mayor Michael Bloomberg stands at 18% and Massachusetts Sen. Elizabeth Warren is at 15%. No other candidate reaches double-digits. Sanders (+14) and Bloomberg (+13) have posted the largest gains since a December CNN poll, while Biden has slipped 15 points. Warren has held roughly even.

The California results suggest the same four contenders hold the most support, though Sanders stands well ahead of the three contending for second place. Sanders holds 35% support, Warren is at 14%, Biden is at 13% and Bloomberg is at 12%. Sanders’ support in the state has climbed 15 points since December, while Biden’s has slid eight points. Bloomberg has gained seven.

Decisive wins for a single candidate in California and Texas — states which will award more than 600 of the 1,991 delegates needed to secure the Democratic nomination — could change the tenor of a race that has at times seemed headed for a protracted fight.

The December polls in the two delegate-rich states had shown Biden ahead in Texas with Biden, Sanders and Warren all vying for a win in California. Since then, most national polling has also shown Sanders taking hold of the frontrunner slot in the Democratic nomination battle, while his win in the Nevada caucuses boosted him to a lead over his rivals in the delegate count so far.

Despite early strong showings in Iowa and New Hampshire, former South Bend, Indiana, Mayor Pete Buttigieg is not breaking through in either of these states, holding just 7% in California and 8% in Texas. Minnesota Sen. Amy Klobuchar and businessman Tom Steyer likewise remain mired in the low single digits.

Sanders’ strong showing in each state is bolstered by the core groups that have fueled his candidacy throughout the campaign — he holds wide margins among men, voters under age 45 and among those who consider themselves liberal. He is also boosted in these two states by their large Latino populations: Among California Latinos, he stands at 50%, and in Texas, his 36% support among Latinos puts him 15 points ahead of Biden.

Beyond Sanders’ overall support, he stands well ahead of the rest of the field in both states as best able to handle health care, the climate crisis, race relations and immigration. The one issue where voters appear conflicted over Sanders’ abilities appears to be the economy.

Bloomberg, the billionaire late entry to the Democratic nomination contest, has swiftly climbed in voters’ esteem as best able to handle the nation’s economy. While 10% in Texas and 9% in California named him as most trusted on the economy in December, those figures have now more than doubled. In Texas, 26% call him best on the economy, about even with Sanders’ 25% and in California, 21% name him, within the margin of error of Sanders’ 26% share.

In both states, likely Democratic primary voters say it is more important for the Democratic Party to nominate a candidate with a strong chance of beating Trump (61% in California and 60% in Texas say so). Sanders leads among these voters in California (28% back Sanders, 18% Biden, 15% Warren, 13% Bloomberg), but in Texas, he lags behind Biden among these general-election focused voters (25% Biden, 20% Bloomberg, 18% Sanders, 17% Warren).

But the polls suggest Sanders is well ahead of the rest of the pack when it comes to inspiring enthusiasm among the Democratic electorate. Nearly half in California (47%) and about four in 10 in Texas (42%) say they would be enthusiastic about his candidacy were he to become the nominee. None of the other five candidates tested comes within 10 points of those marks. Thirty-one percent say they would be enthusiastic about a Warren nomination in each state. Biden inspires more enthusiasm in Texas (29%) than California (22%), but enthusiasm about him as the nominee has taken a sharp dip since December in both states (down 13 points in California and 15 points in Texas).

Bloomberg is also more of a boon to enthusiasm in Texas (24%) than California (18%), but in both states, he is the candidate most apt to prompt likely primary voters to say they would be “upset” should he win the nomination (24% in California and 22% in Texas).

Looking ahead to November, each of the six potential Democratic nominees tested in California easily tops Trump in a hypothetical matchup among registered voters. And all six run about even with Trump in Texas, a state Democrats have long hoped would flip to their column in the electoral college.

The president’s approval rating stands at 33% in California, according to the poll, and 43% in Texas.