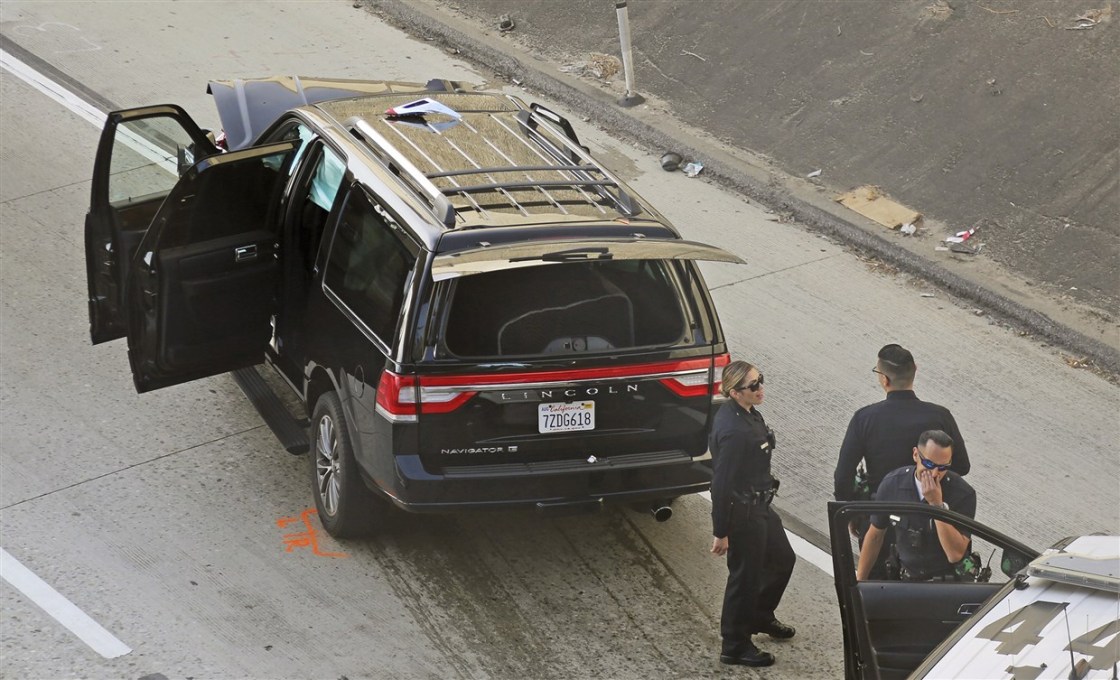 Felony charges were filed Monday against a 25-year- old man accused of stealing a Lincoln Navigator hearse with a woman’s body inside from in front of a church in East Pasadena.

James Juarez was expected to be arraigned in a downtown courtroom this afternoon on one count each of fleeing a peace officer’s vehicle while driving recklessly and driving or taking a vehicle without consent. If convicted as charged, he faces a maximum sentence of more than three years in prison, according to the Los Angeles County District Attorney’s Office.

Juarez is accused of stealing the black SUV around 8:05 p.m. last Wednesday from in front of St. Anthony Greek Orthodox Church in the 700 block of South Rosemead Blvd., prompting a plea from the Los Angeles County Sheriff’s Department to return it and the body.

“Out of all the bad decisions you have made, at least make one good one & bring back the deceased person & casket inside the Navigator,” the sheriff’s department tweeted that night.

About 7:35 the following morning, someone spotted the Navigator and notified authorities, and Los Angeles Police Department officers began chasing the vehicle near 23rd and Figueroa streets.

The chase went onto the nearby southbound Harbor (110) Freeway, and the Navigator crashed about 7:50 a.m. on the freeway near Vernon Avenue. At least one other vehicle was involved in the crash, and one person was taken to a hospital for treatment of unspecified injuries.

The casket and body were inside the SUV, and Juarez was taken into custody.

NBC4 reported that the driver left the keys to the Navigator in the ignition when he stopped by the church.