Problems Inside and Outside at Rancho Mirage Precinct on Super Tuesday 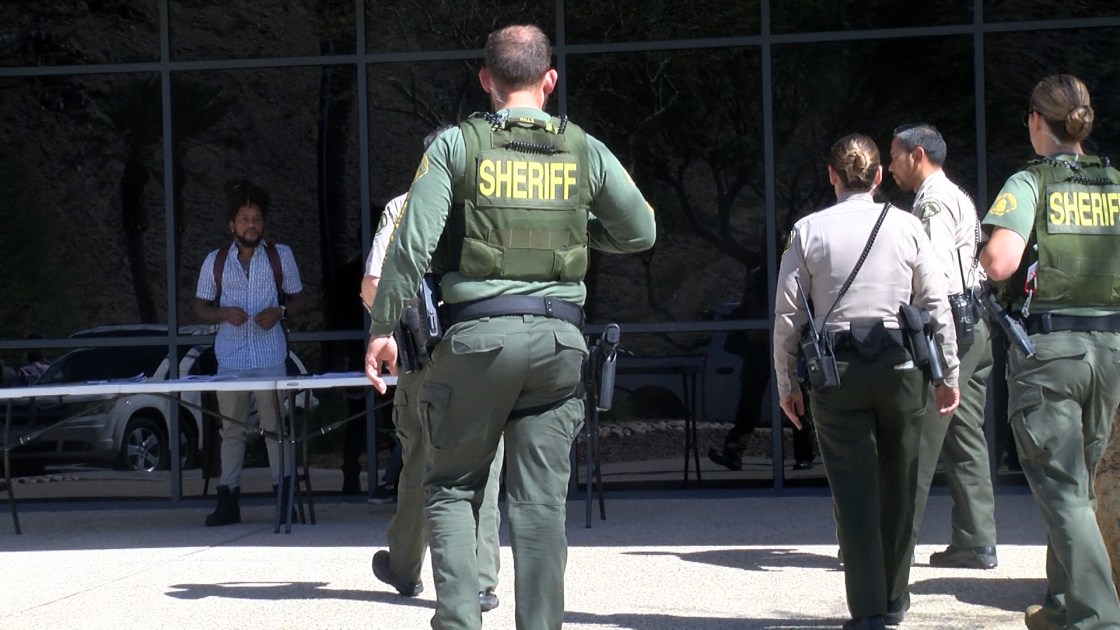 Problems started as soon as the polls opened at the Rancho Mirage Public Library polling place.

“I’m use to voting up on bob hope for years,and I went up there and they didn’t have me listed,” said Voter Ron Lewis.

Confusion over polling places and once here confusion over ballots. On Facebook, complaints of poll workers only handing out Democratic ballots, even to republicans. Off camera, a poll worker says there may have be a “hiccup when they started.” The problems weren’t just inside, they were outside.

Jermaine Newkirk was just trying to gather signatures for stem cell research and kidney dialysis when six deputies showed up.

“If it’s private property okay kick me off, but it’s public,” said Newkirk.

Deputies escorted him inside for questioning but told him that even though he was more than 25 feet away form the polls, and on public property, he had to go.  No comment on the reason why form deputies.

Back inside a county election official dispatched to oversee this precinct and make sure the problems from this morning cont continue.