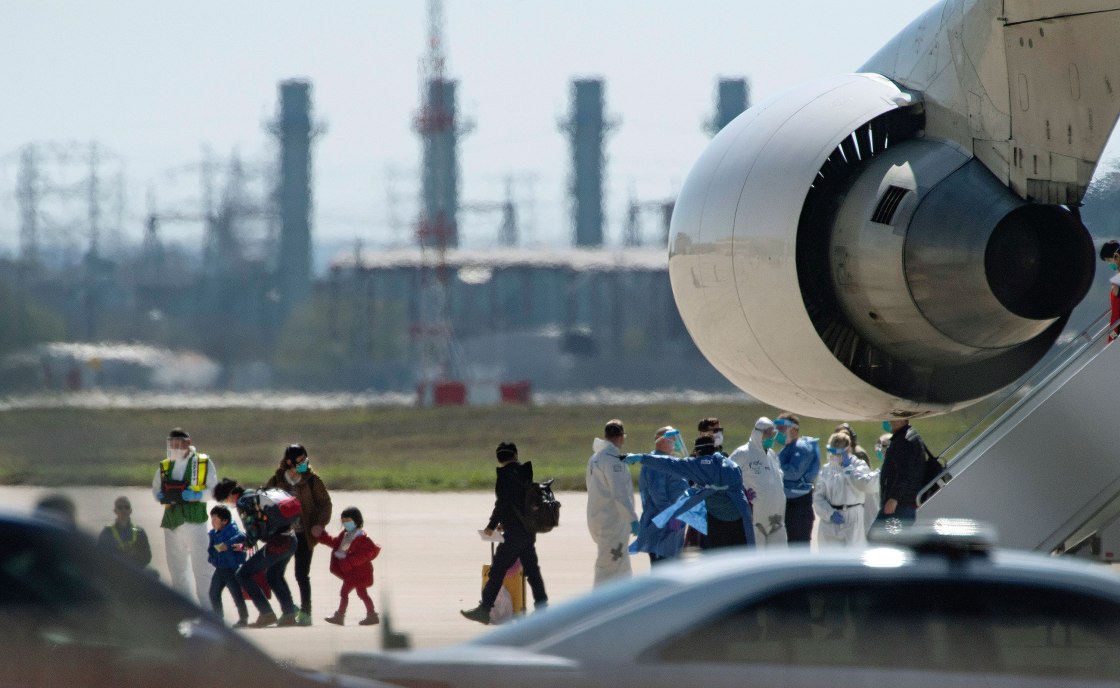 (CNN) — More than 120 people quarantined in Texas after a coronavirus outbreak aboard the Diamond Princess cruise ship in Yokohama, Japan, have completed their 14-day confinement and were released Tuesday, local and federal officials say.

Another 15 people who were repatriated from the cruise ship remain “locally in medical care or quarantine because of their close contact with a confirmed case,” said Carol Williams, a spokeswoman for the Centers for Disease Control and Prevention, in a statement.

CDC protocol had required they be quarantined for 14 days to assure they didn’t have the infection, which has killed more than 3,100 people and infected 90,000 globally.

They had been staying at the Lackland Air Force Base in Texas for the last two weeks, leading to a tug-of-war between local and federal officials on how best to contain the virus.

“It is important to know that people released from quarantine do not pose a health risk to the surrounding community, or to the communities where they will return,” the CDC statement said.

A judge in San Antonio threw out the city’s lawsuit later on Monday against federal agencies including the CDC, the Justice Department and the Department of Health and Human Services that sought a restraining order preventing the agencies from further releasing individuals at Lackland after the CDC released a woman over the weekend who had previously tested negative twice.

US District Judge Xavier Rodriguez said in denying the temporary restraining order that the court did not have jurisdiction and the federal agencies “are authorized to make and enforce such regulations.”

“The United States Government is, in effect, washing its own hands further of this quarantine. This is disappointing,” the order said. “Nonetheless, Plaintiffs’ motion for a temporary restraining order is denied.”

On Tuesday, the city seemed satisfied with the CDC’s handling of the release.

“I’m comfortable that the plan as presented will minimize the risk of exposure,” Mayor Ron Nirenberg said in a statement. “The release will be coordinated, not prolonged over several days, and passengers will not stay in local hotels and will go directly to the airport.”

The city said the CDC “modified its release protocol and provided a detailed departure plan.”

Buses were to transport the people from the base directly to the airport for flights or rental cars to travel home, the city said.

An American author and filmmaker were among those quarantined

Those who were quarantined said they felt both figuratively and literally stuck.

Gay Courter woke up ready with her bags packed Monday after being confined to Lackland for the last two weeks.

The American author and filmmaker was among the more than 120 people who were quarantined after a coronavirus outbreak aboard cruise ship in Japan.

Courter told CNN she saw the buses coming to pick her and the others up to take them to the airport, but suddenly the buses turned around. Courter and her husband realized they weren’t going home. Their departure was delayed by the legal fight between local and federal authorities.

“At this point, we are being held illegally against our will,” Courter said.

The woman who was accidentally released by the CDC over the weekend was out in the community for about 12 hours, during which she visited a hotel and ate at a mall. She is now back in quarantine.

“At the time of discharge from the facility, the patient was asymptomatic and met all of CDC’s criteria for release,” a CDC statement said. It’s unclear why the additional test was performed.

Nirenberg had called the patient’s release a federal “screw-up” during a news conference and declared a public health emergency. Nirenberg had requested the Americans quarantined at Lackland continue to be held until they’ve been retested, and their results are negative.

“It appears to be a case of negligence with regard to allowing this person who had the coronavirus leave the Texas Center for Infectious Disease and go back into the general population,” Abbott told reporters in Austin.

“We’re doing everything to protect our citizens, we’ve done everything we can to help those that really have a serious case, but we’ve had no cooperation with the CDC, with the federal government, with the Department of Defense, just not listening to us,” Wolff said.

The CDC’s protocol for possible coronavirus cases has been to test people twice within 24 hours.

If a person tested negative twice, they were free to go, according to Abbott. The issue with the woman who was released was that she was tested a third time and was allowed to leave while the results were pending.

“Our expectation, our demand in here is that going forward, the CDC will do three tests as opposed to two,” Abbott said, adding that the three tests should be completed over 48 hours.

Gay Courter, the woman who was under quarantine at Lackland, expressed her frustration over the last-minute change in protocol.

“We agreed to the quarantine, we supported the quarantine and did everything required of us,” Courter said. She and her husband have been under quarantine since February 4 on board the cruise ship.

She said that they have been tested negative for the virus three times and never showed any symptoms.

“You have lots of very upset people,” Courter said.