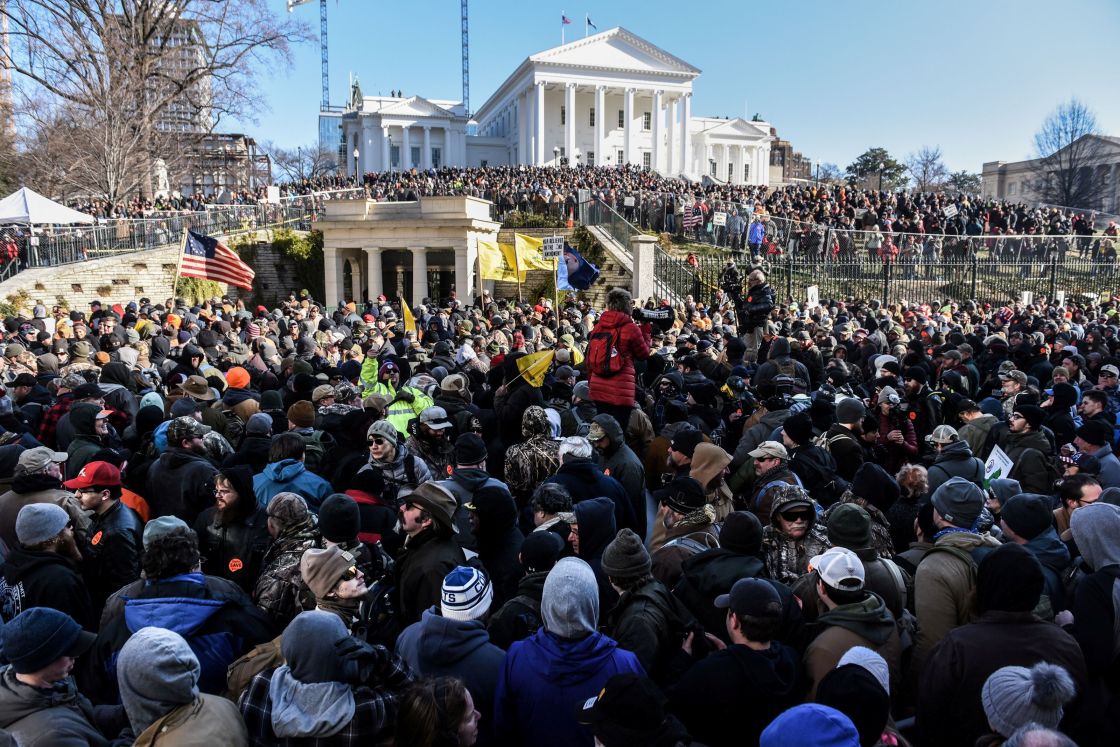 (CNN) — A group of gun safety bills in Virginia are headed to the governor’s desk for his signature after passing the state General Assembly in recent days, the last hurdle in a series of legislative steps needed to finalize the measures into law.

The bills, part of a bundle of policies known as the “Governor’s Package” that represents a number of Democratic Gov. Ralph Northam’s priorities, have steadily advanced through the Democrat-controlled state legislature in the 2020 legislative session.

The eight bills advancing for Northam’s approval include measures to extend firearm prohibitions for those under protective orders, require citizens to report lost or stolen weapons, allow local governments to have more authority to enact gun laws in their localities, update protections to keep unsecured weapons out of the hands of children and teens and to create a “red flag law.”

Also known as an extreme risk protective order, the so-called red flag law would create a procedure for authorities, including law enforcement officers and attorneys, to apply for an emergency substantial risk order to prohibit “a person who poses a substantial risk of injury to himself or others from purchasing, possessing, or transporting a firearm.” Under the proposal, if such an order is issued, a judge or magistrate can issue a search warrant to remove firearms from that person.

Northam in a recent tweet applauded the passage of the bills, which he is expected to sign.

Pro-gun safety organizations like Brady: United Against Gun Violence, touted the passage as “enacting the will of the people and making Virginia safer.” One of the measures advancing to Northam has been implemented in 17 states and Washington, DC, according to the Brady organization which is still pushing for the final bills to pass this year.

Democratic lawmakers have been locked in a battle with conservatives and Republican lawmakers alike over gun regulation in the state. In mid-February, Virginia lawmakers, led by Republicans, were able to halt a bill in a Senate committee that would have banned assault weapons.

State Sen. Mark Obenshain, a Republican and the ranking member on the state Senate Judiciary Committee, told CNN at that time that “although we have been able to defeat some of the most sweeping and egregious bills, the Democrats have made clear that they intend to press forward with their agenda to gut the protections afforded by the Second Amendment.”

Philip Van Cleave, VCDL’s President has opposed the Democratic efforts and told CNN that the group would challenge the measures in court if they were passed into law. Cleave also noted that nearly all the statewide elected positions are up for reelection come 2021 including the governorship, lieutenant governorship, attorney general and the entire House of Delegates.

Four bills in the House and Senate that would expand background checks and limit the purchase of handguns to one a month are under consideration by representatives from both chambers who are working to agree on final parameters of the legislation. Those measures are part of the “Governor’s Package” but would still need passage from both chambers to advance to the governor’s desk.