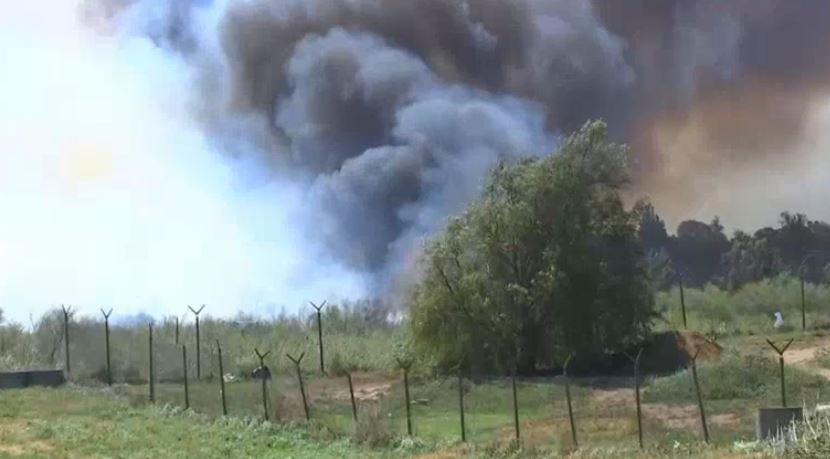 Firefighters worked Thursday morning to strengthen containment lines around a brush fire in the Santa Ana River bottom on the east end of Norco that has burned 175 acres and was 50% contained.

The blaze was reported about 10 a.m. Tuesday in the vicinity of Arlington and California avenues, within the Hidden Valley Wildlife Area, according to the Riverside County Fire Department.

Evacuation warnings for residents north of North Drive and east of California Avenue were lifted at 8:10 a.m. Wednesday and the fire was 50% contained by 6 p.m., the department said.

More than 200 personnel, comprising engine crews and truck companies from the county and city of Riverside, as well as the Orange County Fire Authority, Corona Fire Department and Cal Fire inmate hand crews, were on the fire lines.

Three water-dropping helicopters, including one each from the Los Angeles County Fire Department and OCFA, were making runs on the blaze, using a Jurupa Valley golf course pond to water up.

There was no immediate word on what triggered the fire. The river bottom is dotted with homeless encampments, and warming fires lit by the inhabitants are notorious for turning into infernos during high winds.