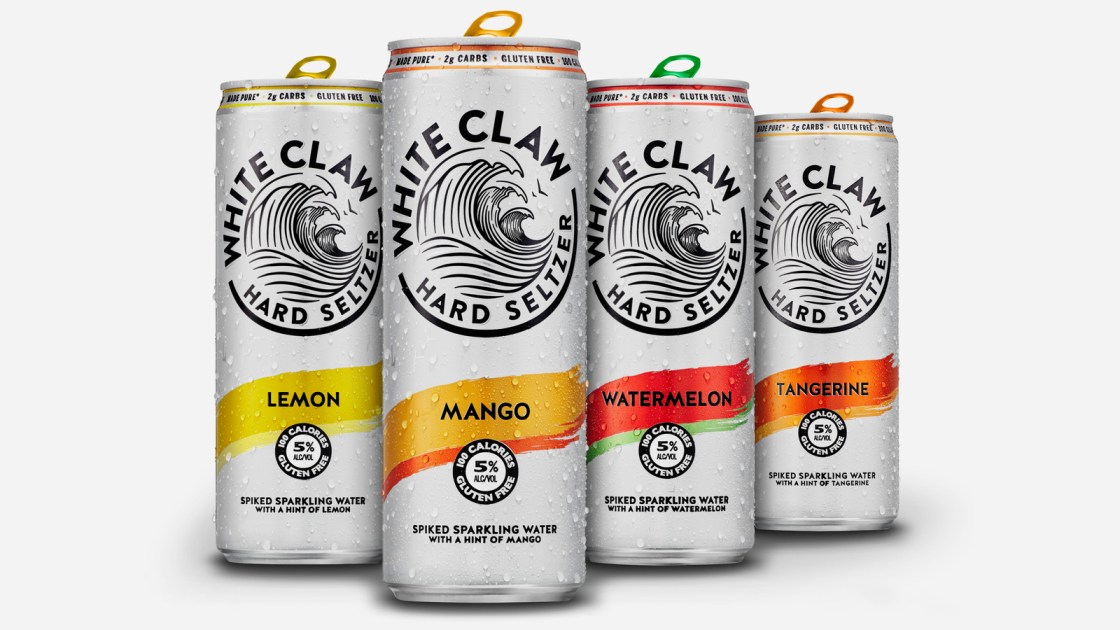 But the wait is finally over for fans who are craving something new. White Claw is adding three new flavors: lemon, watermelon and tangerine.

Beginning Thursday, the new White Claw flavors will be sold individually and in a new 12-can variety pack. Mark Anthony Brands, its producer, said the brand’s first variety pack of original flavors has helped it become America’s top-selling hard seltzer brand because customers want to try all of the flavors.

Variety packs play an important role for hard seltzers because they are the top-selling flavor packs for nearly every brand and account for 63% of total hard seltzer sales, according to Danelle Kosmal, vice president of Nielsen’s Beverage Alcohol Practice Area.

White Claw tapped into its internet fandom and chose the three new flavors based on more than 70,000 requests from social media. The new additions bring its portfolio to eight flavors. Black cherry, mango and ruby grapefruit are its top-selling flavors, White Claw said.

White Claw debuted in 2016 and exploded on social media last summer as people were seeking convenient drinks that were low in calories, sugar and carbohydrates. White Claw even experienced shortages, which have been resolved, the company confirmed to CNN Business.

White Claw controls roughly 60% of the hard seltzer category, according to Nielsen, but competition is tightening.

Deep-pocketed rivals, like Anheuser-Busch InBev, MillerCoors and Constellation Brands have all begun selling their take on the drink.

There’s also Truly, the country’s second most-popular spiked seltzer, from Boston Beer. The company credited the brand for boosting its overall sales 34% in its most recent earnings period.

Companies are quickly tapping into it because seltzer is offsetting slowing sales in beer and wine. Ready-to-drink cocktails, which includes seltzer, will continue to grow for the forseeable future, according to a recent report from industry group IWSR. Sales for the category surged 50% last year. It’s now an $8 billion industry, and sales are forecast to triple within the next three years.

Drinkers don’t appear to be sick of seltzer just yet, as evidenced by the strong launch of Bud Light Seltzer. The new entrant from Anheuser-Busch hit shelves in mid-January and has already become the third-most popular spiked seltzer in the United States, according to Nielsen’s measurements.

Spiked seltzer is particularly popular with Caucasians between the ages of 21 and 44 years from affluent neighborhoods, according to Nielsen. It’s also one of the few alcoholic drinks that attracts both genders equally.