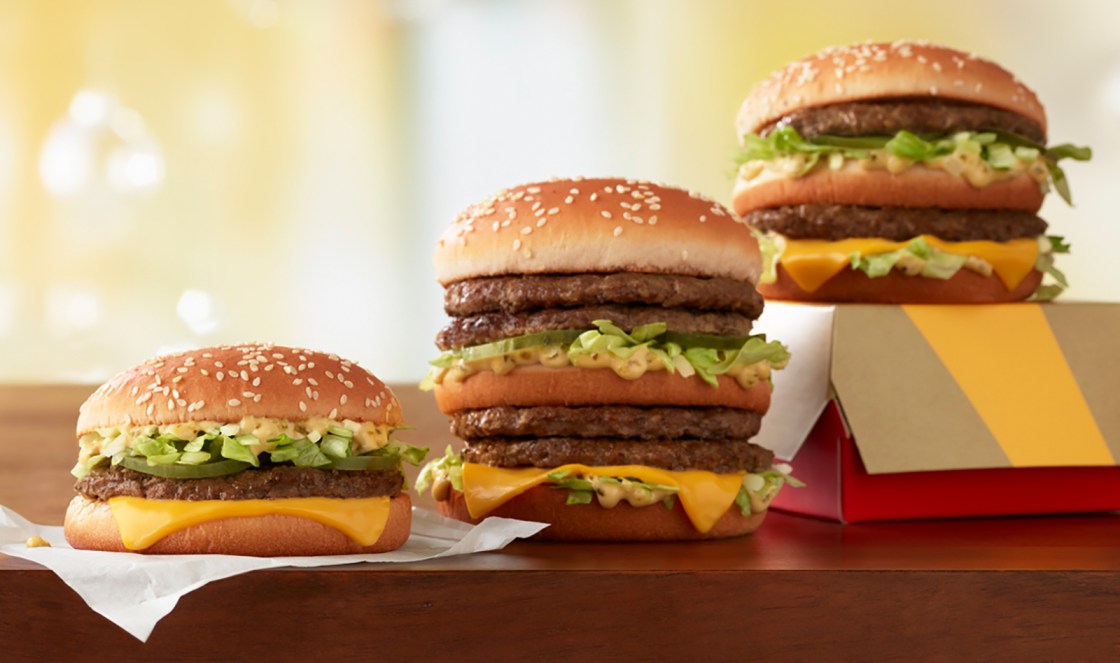 McDonald’s is selling a new Big Mac with four patties

Beginning Thursday, McDonald’s is adding a Little Mac and a Double Big Mac to its menu, for a limited time. They are smaller and larger, respectively, versions of its flagship Big Mac hamburger.

The Little Mac is similar to a McDonald’s single cheeseburger: It’s a single patty with a dollop of Special Sauce. It costs $2.29.

McDonald’s has sold different versions of the Big Mac in the past. In 2017 and 2018, it sold the Grand Mac and the Mac Jr. The Grand Mac used only two patties, but they were larger than a typical piece of meat used on a regular Big Mac. It also had a larger bun.

This promotion could help McDonald’s restaurants create buzzy “new” menu items without the burden of ordering new ingredients or training staff on how to make them.

Breakfast has been a focus for McDonald’s as rivals ramp it up, but it hasn’t ignored its burger offerings. In the company’s most recent earnings call, CEO Chris Kempczinski said that premium burger sales, like the Quarter Pounder, has been a “standout performer” and promised more innovation.