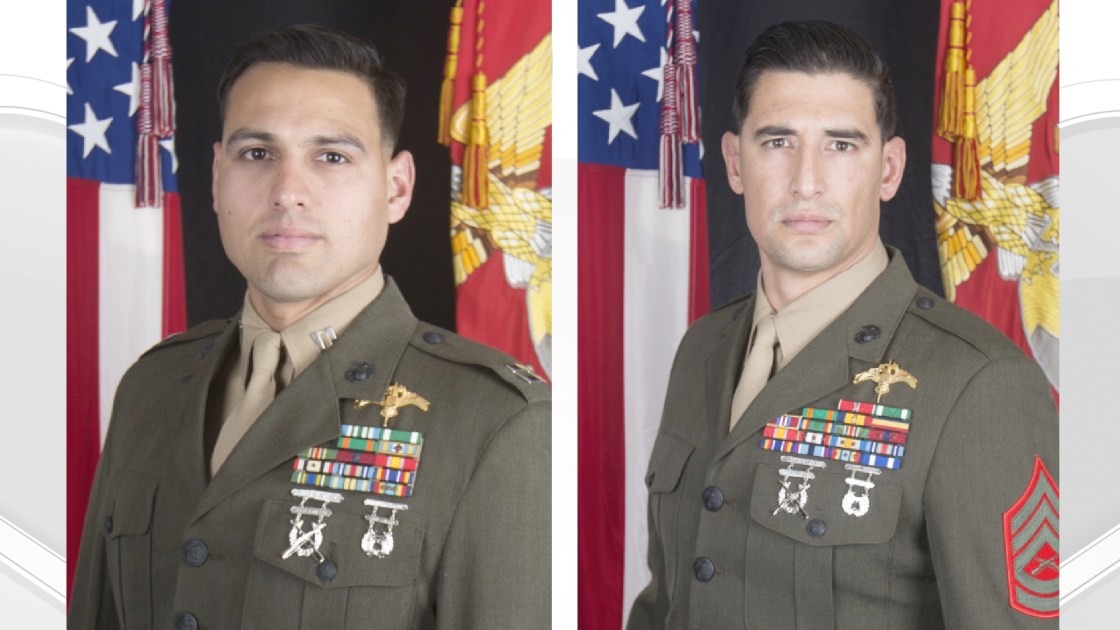 (CNN) — The Pentagon has identified two US Marines who were killed in Iraq on Sunday in what is being called one of the “most intense” battles US forces have been involved in recent months, according to the US-led coalition.

Marine Corps Gunnery Sgt. Diego D. Pongo, 34, of Simi Valley, California, and Capt. Moises A. Navas, 34, of Germantown, Maryland, were killed in a joint Iraqi-US helicopter assault on a suspected ISIS-occupied cave complex in the Makhmur Mountains of northern Iraq.

“This was one of the most intense clashes with ISIS that coalition troops have participated in in several months,” Col. Myles Caggins, the chief coalition spokesman, told CNN.

The mission began with several dozen Iraqi counterterrorism forces, along with approximately a dozen special forces Marines traveled by helicopter to the area where intelligence showed 15 to 20 ISIS fighters had hidden.

The Marines were accompanying the Iraqis, so there was an expectation they could become involved in combat. As they got close to the target, they encountered stiff resistance from ISIS fighters largely equipped with small arms. The firefight that ensued was at “close range,” according to Caggins. The two Marines were killed and three other Americans and one coalition member were wounded, essentially taking out the fighting capability of half the team led by the Marines.

After the initial firefight, a team of Army Delta Force special operations troops were sent to recover the bodies of the two Americans, according to a US official. The coalition has not publicly acknowledged that Delta was involved.

“The forces trekked through mountainous terrain and eliminated four hostile ISIS fighters who were barricaded in the caves,” Caggins said in a statement on Monday. “The recovery took approximately six hours.”

Earlier this year, the Iraqi Parliament voted to end the presence of all foreign troops in Iraq. The vote represented a rebuke of the US over its targeted airstrike on Qasem Soleimani, a top Iranian commander who was killed in January.

CNN reported in January that there were roughly 5,000 US troops stationed in Iraq. The Trump administration has said it does not intend to pull troops out of the country.