Fugitive Extradited From Mexico to Face Charges in 2018 Gang Shooting 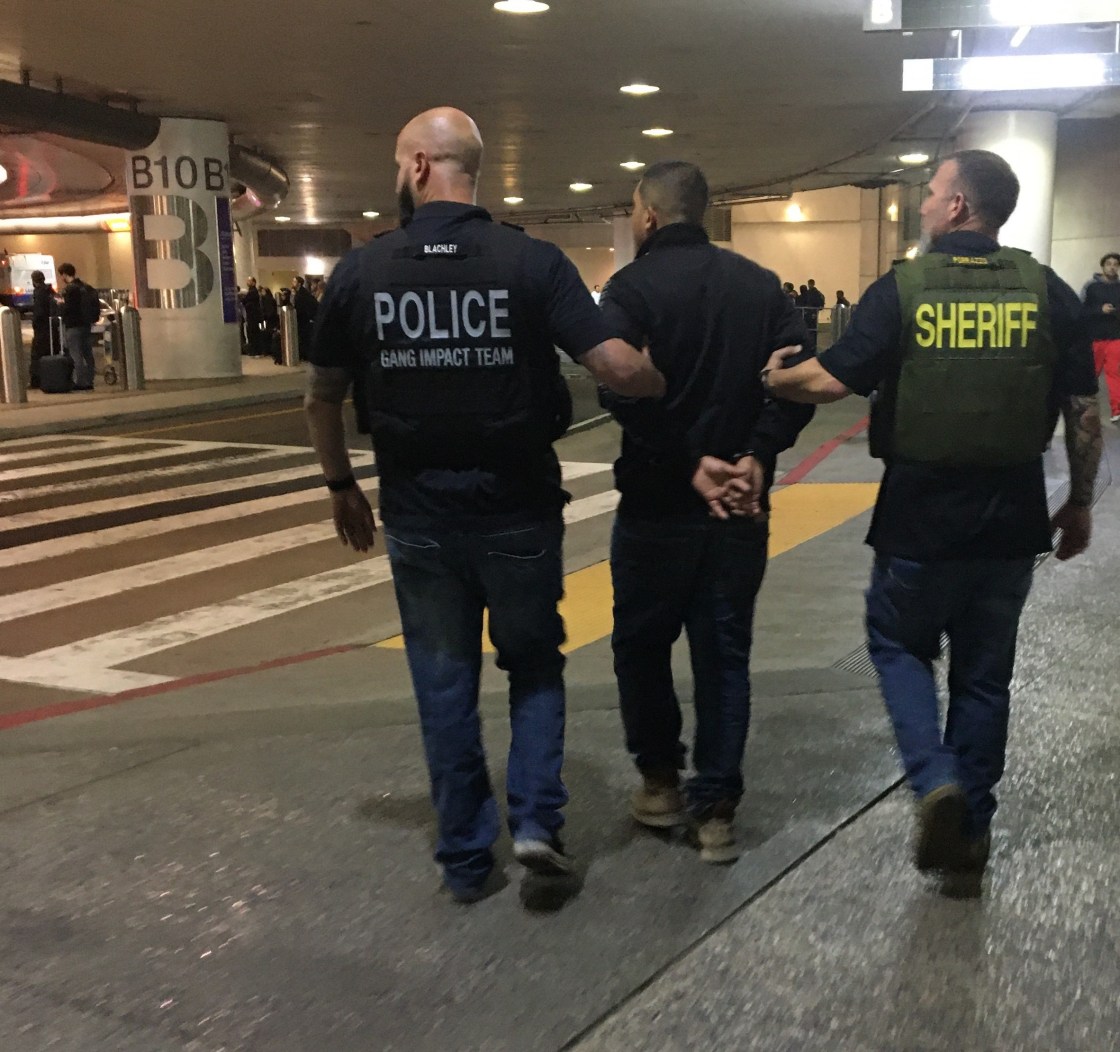 A 24-year-old man who allegedly took part in a gang- related shooting that left one man dead and two others wounded outside a Cathedral City strip club in 2018 is scheduled to make his first court appearance Thursday since being extradited from Mexico.

Guillermo Cintora Gomez of Coachella is charged, along with Christian Miramontes, 26, and Manuel Vargas, 31, with murder and two counts of attempted murder in the June 13, 2018, shooting outside the Showgirls Gentlemen’s Club that killed Indio resident Jason Rosas, 24.

All three men also face a special circumstance allegations of being active gang members, making them eligible for the death penalty if prosecutors pursue it. Court records show that decision has not yet been made.

Gomez was originally set to be arraigned Wednesday at the Larson Justice Center in Indio, but the date was rescheduled for Thursday because the defendant was “not medically cleared to be transported from the jail to court,” said Riverside County District Attorney’s Office spokesman John Hall.

Gomez was arrested last week in Michoacan, Mexico, where he has family, through a collaboration of Mexican and U.S. authorities, according to prosecutors, who allege he fled there following the shooting.

The defendants, Rosas and two other men got into a fight inside the club that spilled into the parking lot after they were kicked out around 2 a.m., according to police. The participants were identified as “two groups of rival gang members” by former Cathedral City police Chief Travis Walker.

According to an arrest warrant declaration, witnesses stated that the men were flashing gang tattoos to each other inside the club. Court documents state that they were from gangs operating within the Indio area.

After being kicked out of the club by security, the suspects allegedly went to Gomez’s 2016 Jeep Wrangler and retrieved handguns. Miramontes and Vargas allegedly fired at the rival gang members and the trio fled in Gomez’s Jeep, which was later found abandoned, according to the declaration.

All three victims were taken to Desert Regional Medical Center in Palm Springs, where Rosas later died. The other two victims, who were both 28 years old at the time, recovered, police said.

Gomez is jailed in the Smith Correctional Facility in Banning without bail.

Miramontes and Vargas remain in custody without bail, and their trial is set to begin on April 21.