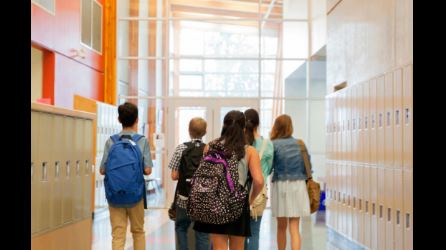 Coachella Valley parents are concerned and under stress as schools and universities not only in the riverside county, but almost in the entire nation are being shut down.

School parking lots will look empty as health officials announced that starting Monday all public schools will be shut down and closed due to the growing concern of the coronavirus.

Claudia Lopez, a resident in the city of Indio and a mother for her 8-year-old daughter said,

“It’s scary. Since it’s going to really affect the babysitting. That’s what I’m worried about more, the issue about baby-sitting and going to work.”

A problem for working parents who rely on schools for child care. children from low income families receive their weekday breakfast and lunch on campus.

Paige Kondratczyk who has a 9-year old daughter claims it has affected her family and her housekeeping job.She said, “I’m scared that I might be out of work. It might come down to where people don’t want anyone coming into their home.”

With hysteria being caught on tape more than ever, others offer help through social media.

David Negia who posted a facebook comment to help those under stress during the crisis. “There’s a facebook community group page and I just put it up. If you or anyone you know is self quarantined and doesn’t want to go out and if they need anything, just let me know.”

For now officials have closed all schools countywide for the next three weeks..and firm reopen will depend on the status of the outbreak.