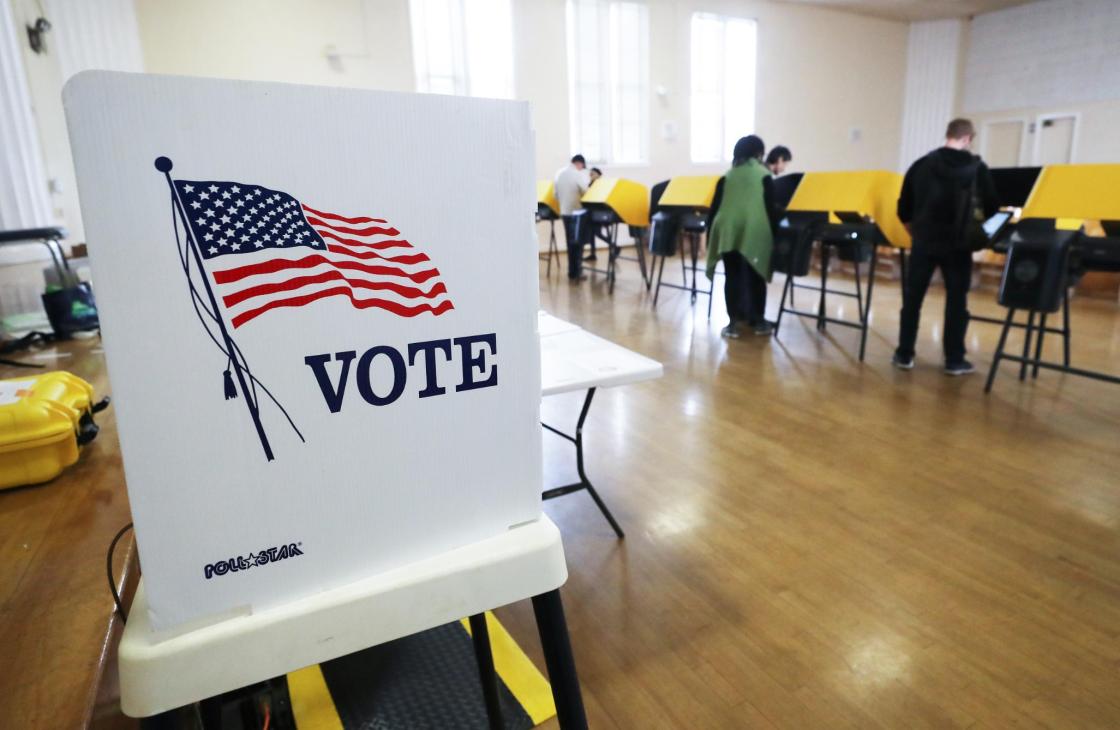 (CNN) — A court in Ohio granted Republican Gov. Mike DeWine’s request to move the state’s primary election, slated to take place on Tuesday, to June over fears around the novel coronavirus.

The order from the Franklin County Common Pleas Court found that “irreparable harm” would occur if voters were asked to travel to poling places on Tuesday and directed Ohio Secretary of State Frank LaRose to “to direct Ohio’s Boards of Elections” to move the contest to June 2.

The order comes as the spread of the virus has caused a major disruption to American life as government officials work to stem the pandemic. On Monday, President Donald Trump, as part of new guidelines to fight coronavirus, advised people not to gather in groups of more than 10, and asked people to stay away from bars, restaurants and food courts and to not travel, if possible.

On Sunday, the US Centers for Disease Control and Prevention recommended no gatherings with 50 people or more for the next eight weeks.

DeWine announced Monday afternoon that he was recommending the primary be moved. The governor, though, said he did not have the power to postpone the primary unilaterally and went to court to get the result he wanted.

Ohio now joins Louisiana, Georgia and Kentucky as states that have moved presidential primaries to later in the year because of the spread of coronavirus.

Wyoming Democratic Party Chair Joe Barbuto also announced Friday that “the in-person portion” of their state’s caucuses were “suspended due to growing concern” over the virus.

Ohio is the only state that was set to vote Tuesday that is moving its election. Election officials in Arizona, Florida and Illinois have indicated they are moving forward with their elections as scheduled. And after DeWine’s news conference Monday, state officials in Illinois, Florida and Arizona said there would be no change to their current plans to hold elections on Tuesday.

DeWine said he made his recommendation because he believes the state “should not force” people to “make this choice” between staying at home and voting.

“This was not a decision that was easily made,” DeWine said. “But it is, I believe, the right thing to do.”

The move is a complicated one for Ohio officials, as voters have already started voting in the state where 136 pledged delegates are at stake.

The spread of the coronavirus has effectively stopped in-person campaigning in the Democratic presidential primary, forcing former Vice President Joe Biden and Vermont Sen. Bernie Sanders to cancel rallies and town halls. It has also had significant implications on down ballot races.

Biden enters Tuesday’s elections with substantial momentum and looking to put enough distance between Sanders and him in the delegate count to effectively end the nomination fight. A postponement in Ohio could extend the Democratic primary, however.

President Trump said Monday that he did not advise states to postpone primary elections, calling the delays “unnecessary.” The comment came shortly after DeWine announced his recommendation.

State officials who joined DeWine for his news conference said that they were hearing from both election volunteers and voters who told them they were “really scared” to vote because of the impact it could have on their health, with some outright saying they were going to “skip” voting on Tuesday because of those fears.

In a sign of the uncertainty around the novel coronavirus, DeWine said “we don’t know” when asked why his administration believes it will be safer to vote in June.

“Safer would have been September, OK,” he said. “We have one problem: This is a presidential election year. … This is the date that seemed as far out as we could push it but within the timeframe.”

DeWine, ever since the rise of the novel coronavirus, has taken an aggressive approach to slowing the virus’ spread, earning plaudits from Republicans and Democrats alike.

Jane Timken, head of the Ohio Republican Party, said Monday that they “fully support this recommendation.” And Ohio Democratic Party Chairman David Pepper said in a statement that he supports the “decision regarding in-person voting tomorrow.”

Candidates on the ballot in Ohio, like Democrat Kate Schroder in Ohio’s first congressional district, also backed the governor.

“Public health comes first,” said Schroder, who has a background in public health. “As a candidate, changing the date of the election is an unexpected challenge, but it is nothing compared to the importance of community safety and minimizing lives lost. I wholeheartedly support Governor DeWine’s recommendation.”

The three other states set to vote on Tuesday — Arizona, Florida and Illinois — have said they are moving ahead with their planned elections.

Florida’s Secretary of State said Sunday evening that each county’s supervisor has been provided with guidance from the CDC and the state department of health to ensure they’re keeping voters safe. They’ve also been provided with information on sanitizing voting machines.

“I feel good about the decision to have the election go on tomorrow,” Pritzker said on Monday.

And Arizona Secretary of State Katie Hobbs said that while they “understand the apprehension that voters have right now” election officials have “been in consultation with election officials across the state, health experts and leaders from the Democratic party who agree that the election should move forward tomorrow.”

“The longer we wait,” Hobbs said, “the more difficult and dangerous this will become.”