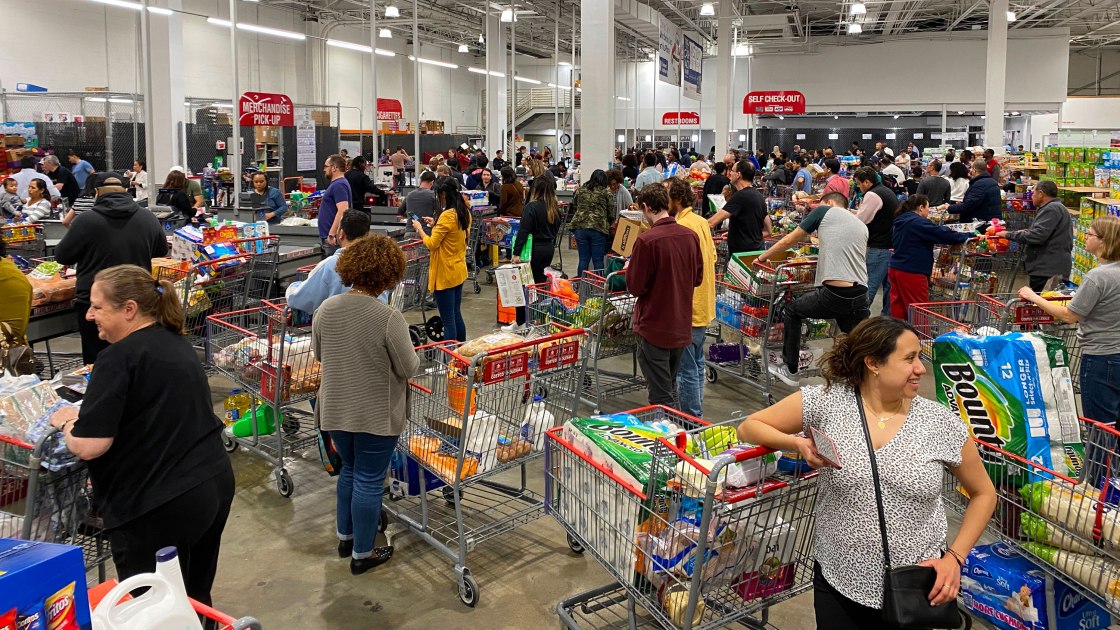 (CNN) — As supermarkets frantically work to restock shelves and calm panicked shoppers, some stores are taking steps to protect older and vulnerable customers who may be at the greatest risk from the novel coronavirus.

The pandemic has killed more than 6,500 people worldwide and officials around the world are taking dramatic steps to limit large groups and encourage “social distancing” in hopes of limiting the spread of the disease.

The Australian grocery chain Woolworths is opening its stores an hour early for its elderly and disabled customers. It’s the largest supermarket chain in Australia, with 995 stores.

“The move has been prompted by the unprecedented demand in supermarkets over the past week, which has seen many elderly and vulnerable people in the community missing out on vital items they may need when they shop,” the company said in an announcement on its website.

The special hours will start Tuesday morning and run at least until Friday, Woolworths said. Customers must have a government-issued pensioners or senior card to enter the store.

The Coles supermarket chain, also based in Australia, announced that it will also start holding early-morning “community hours” on Wednesday.

What grocery stores in the US are doing

Celebrity chef José Andrés has urged US grocery store chains to follow suit. He has closed his restaurants in the Washington area and is serving free meals to people who need them.

“Supermarkets should open early mornings for 2 hours for elderly above 60, to protect them from contact with younger people,” Andrés said on Twitter. “Also volunteer system for shopping and delivery should be implemented.”

The H-E-B chain, which has more than 400 stores in Texas and Mexico told CNN that it would not be implementing special hours for vulnerable customers.

“Our leadership team studied this option thoroughly and due to recommendations from health officials we have determined this is not the best and safest option for our customers,” the company said in a statement. “H-E-B takes care of Texas and we feel asking a group to congregate at our stores in a certain timeframe is not a safe idea.”

The company said it is working closely with local food banks and is encouraging people to use their online ordering system.

Most large US grocery chains are offering customers online pickup and delivery services to help limit shoppers’ contact with other people.

Many are also closing earlier to give employees more time to restock shelves and to clean and disinfect stores.

Jersey City, New Jersey, announced on Monday that it is working with grocery stores there to provide special access to vulnerable customers — including pregnant women.

And the mayor of Lorain, Ohio, said that several stores in his city would be making special arrangements for seniors, CNN affiliate WJW reported.

Officials: There’s no need to hoard food and supplies

Coronavirus fears have led people all over the world to buy lots of hand sanitizer, toilet paper and other products, and to clear store shelves of produce, fresh meat and anything else they might need.

President Trump had a conference call with grocery store and supply chain executives over the weekend and has urged Americans not to stockpile food and other goods.

“Supply chains in the United States are strong, and it is unnecessary for the American public to hoard daily essentials,” according to a statement from White House Deputy Press Secretary Judd Deere.