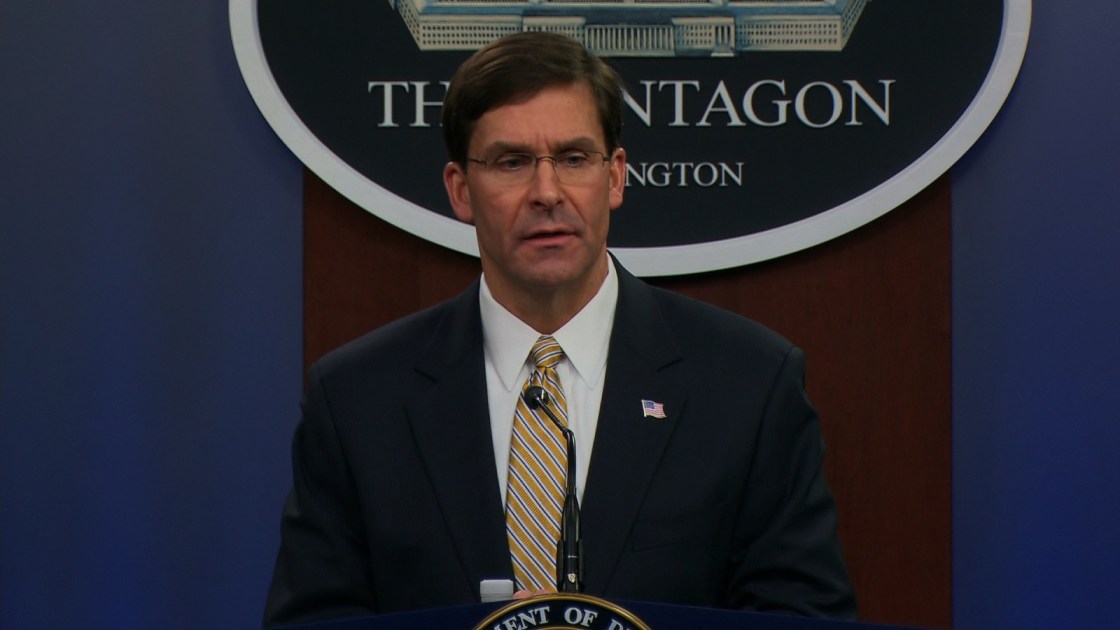 (CNN) — Secretary of Defense Mark Esper said Monday that he has received requests for assistance from multiple governors and stated the military “can’t meet everybody’s needs,” as the coronavirus pandemic continues to escalate.

However, he did say that the Pentagon is looking to send military field hospitals to New York and Seattle to help support local medical systems which are struggling to cope with a large number of virus cases. That would be in addition to the hospital ships being sent to New York and Los Angeles and the military working to convert civilian buildings into hospitals.

“I’ve spoken with seven, eight, nine, 10 governors so far. Each one of them has had requests for field hospitals. Those who have been along the coastline have talked about the need for ships, so we clearly can’t meet everybody’s needs with what we have in our inventory so we rely on (the Federal Emergency Management Agency) to do the assessment, validation and then the prioritization,” Esper said.

Esper said he has ordered five expeditionary medical facilities to prepare to deploy, though the location of those deployments will depend on guidance from FEMA.

“Right now I anticipate sending a hospital to Seattle and a hospital to New York City and beyond that once that’s confirmed we will look at sending to other places, and as necessary we will continue to alert units to prepare to deploy and deploy them as appropriate,” Esper added.

The Pentagon has also ordered two of the Navy’s hospital ships, the USNS Comfort and USNS Mercy, to deploy to New York City and Los Angeles respectively to help alleviate some of the strain on civilian medical infrastructure.

“We expect to be there within the week and we anticipate being able to begin taking patients the day after we arrive, we definitely have a sense of urgency and want to be there as quickly as we can,” Capt. John Rotruck, the commanding officer of the medical facility on the USNS Mercy, said Monday.

The Comfort is expected to arrive in New York later.

Esper said he anticipates the field hospitals being used to temporarily alleviate the strain on civilian hospitals in order to allow the US Army Corps of Engineers to retrofit hotels, convention centers and college dormitories into makeshift hospitals.

“How I foresee our hospitals being used is during the early stages of the pandemic, the virus hitting a city where they’re still trying to ramp up capability, bed space, we can come in for a short period of time, for a few weeks to provide that capacity until they get either gyms converted, hotels converted, college dorms converted, all those things that the Corps of Engineers is working on right now,” Esper said.

The head of the Army Corps of Engineers said Friday that such retrofitting could take three to four weeks.

“What we’re talking about is the need for thousands of beds. We can provide in a field hospital 248 and we only have so many field hospitals so I see us playing this role where we’re the gap filler for a period of weeks with our capabilities once the capacity is met through these other mechanisms,” Esper said, while adding, “We can then pullout and go to the next site and cover again that gap for the next city or locality that is ramping up.”