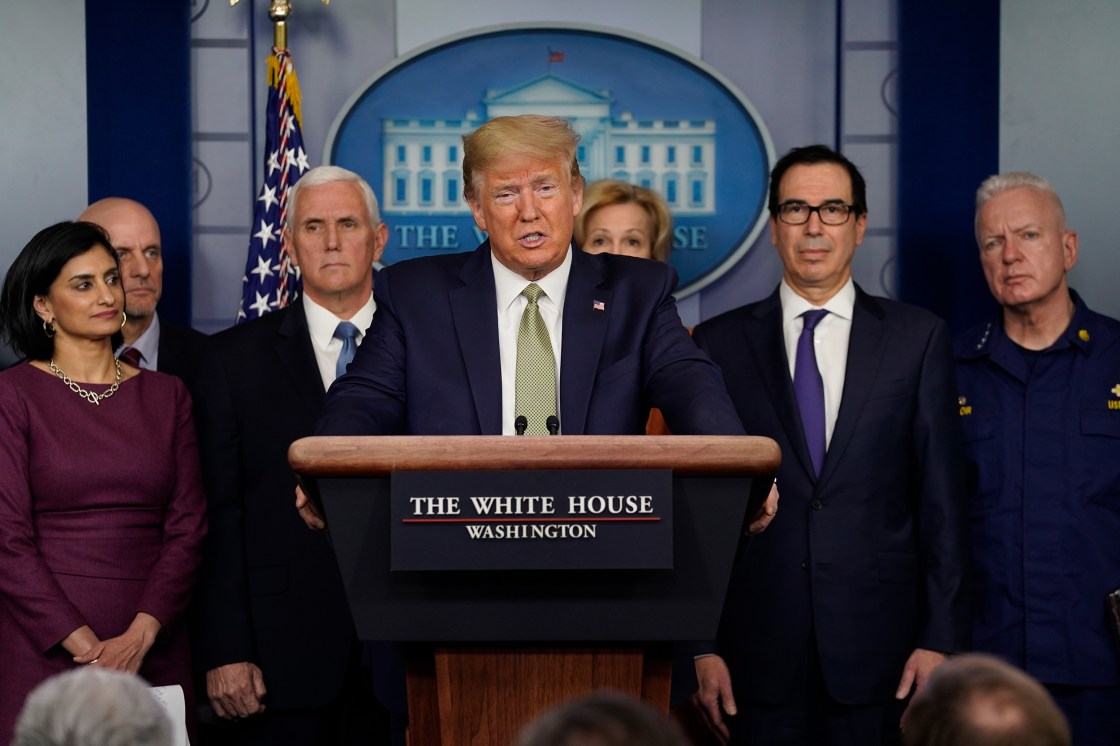 (CNN) — President Donald Trump said Tuesday that he has decided to pull back from associating the novel coronavirus with China, which he had previously done by calling it the “China virus” or the “Chinese virus.”

After consulting with medical experts, and receiving guidance from the World Health Organization, CNN has determined that that name is both inaccurate and is considered stigmatizing.

“Look, everyone knows it came out of China, but I decided we shouldn’t make any more of a big deal out of it,” Trump told Fox News. “I think I’ve made a big deal. I think people understand it.”

The President said he didn’t regret using the terms to describe the virus and defended his past adoption of the terms by referencing other infectious diseases that are named after where they originate.

“It came from China,” he said.

The President also reiterated that he began using the term after Chinese media accused American soldiers of spreading the virus. He called the media organization which spread the information “a paper that’s an organ for pretty much the top people” in the Chinese government.

CNN previously reported that a prominent Chinese official has promoted a conspiracy theory that the US military could have brought the novel coronavirus to China — and it did not originate in the Chinese city of Wuhan.

Parts of Chinese social media, and even the country’s government, appear to have launched a concerted campaign to question the origin of the novel coronavirus.

Trump’s change comes a day after he tweeted that the spread of the novel coronavirus in the US is not the fault of Asian-Americans, a group that has been the target of a growing number of racist and xenophobic attacks related to the virus.

He also denied last week that “Chinese virus” or “China virus” was a racist term to use.

“It’s not racist at all, no, not at all. It comes from China, that’s why. I want to be accurate,” Trump said at the time.

A photograph taken last week of Trump’s notes during a press briefing showed someone crossed out the word “Corona” in coronavirus and replaced it with the word “Chinese.”