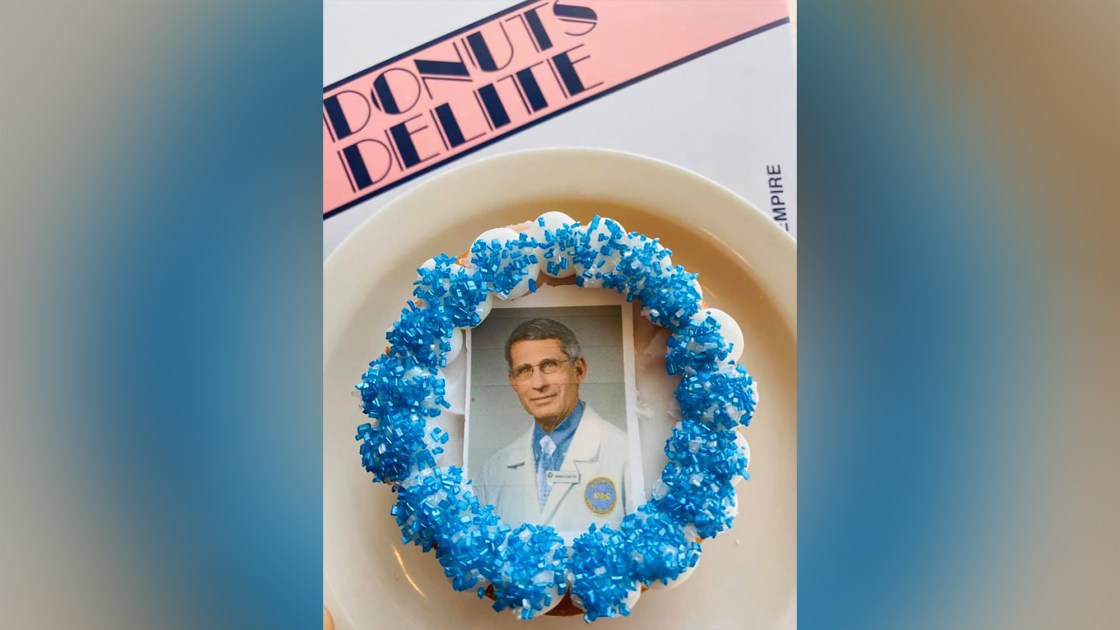 (CNN) — A doughnut shop in Rochester, New York, made Dr. Anthony Fauci the “face” of one of its doughnuts. And now, it’s fielding purchase orders from across the country.

Donuts Delite said it came up with the idea for a simple reason.

“We wanted to find a way to cheer up the people in our neighborhood,” owner Nick Semeraro told CNN.

“We noticed Dr. Fauci on, and we loved his message and how thorough he was, and how he kept everyone informed during the crisis… so we wanted to give back and say thanks.”

For its doughnut, the shop printed Fauci’s face on edible paper and placed it atop a buttercream-frosted doughnut.

The shop never thought that it simple idea would explode into nationwide demand.

It was hoping to sell a few hundred such doughnut. It has sold thousands, Semeraro said. Customers are asking for the treat to be sent to multiple cities and states.

“We had no idea it was going to blow up this big,” he said. “We didn’t know everyone else felt the same way we did.”

Customers, he said, have been sending the shop praise and ‘thank you’s.

“I never met a guy that worldwide he is so loved,” Semeraro said. “And a month ago, we never knew his first and last name… His political agenda is medical. It’s facts… the American public needs facts now.”

The shop says it will continue to sell the doughnuts as long as they are in demand.