Rapid increase in coronavirus cases aboard US aircraft carrier 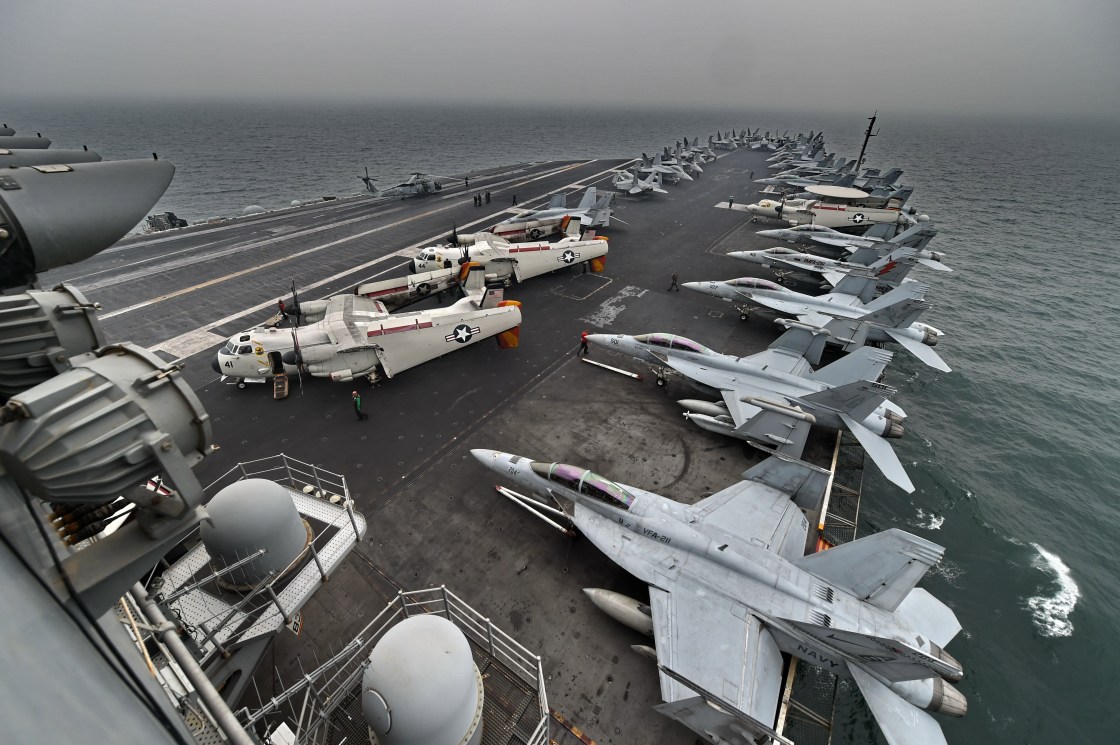 Earlier in the day, acting Navy Secretary Thomas Modly had said there were “several” more cases onboard the ship, but did not give a specific number.

“We are in the process now of testing 100% of the crew of that ship to ensure that we’re able to contain whatever spread might’ve occurred,” Modly told reporters at the Pentagon at a briefing Thursday morning. There are approximately 5,000 personnel on board the carrier.

The Roosevelt is in the process of pulling into Guam, according to Modly. “No one on the crew will be allowed to leave anywhere into Guam, other than on pier side,” he said.

The ship was last in port in Vietnam more than two weeks ago. It is not clear where the sailors initially contracted the virus. The Navy is now in the process of flying all personnel off the ship.

The nearly eightfold spike in the number of positive cases in two days aboard the ship is the latest red flag of how the pandemic is affecting the US military. There is now a total of 280 servicemembers who have tested positive for the novel coronavirus as of Thursday morning, an increase of 53 from the 227 reported on Wednesday. And there are nearly 600 positive cases across the Defense Department, which includes civilians, dependents, and contractors. According to Modly, 133 of those are in the Navy.

On Wednesday, the Pentagon confirmed that Defense Secretary Mark Esper had ordered a 60-day freeze on all overseas US troop movements, affecting 90,000 scheduled deployments, in one of the latest measures to fight the spread of the virus. The order exempts patients such as those aboard the Roosevelt, among others.

Esper also raised the health protection status for all defense installations worldwide, limiting access and encouraging telework across the department.

Despite social distance measures being taken across the department, as they are across the nation, Joint Staff Surgeon Brig. Gen. Paul Friedrichs told reporters at the Pentagon on Wednesday, “we think that we’re going to continue to see this — no surprise — continue to grow” in the next three weeks, the farthest out they are able to model.

President Donald Trump has said he wants to have the economy opened back up by Easter.

“We think the best way to limit that growth or to mitigate that growth are the measures that we’ve been talking about,” said Friedrichs. “I don’t think there’s a great deal of value in speculating on a particular date.”