Dr. Anthony Fauci: Trump’s desire to reopen the country by Easter is an ‘aspirational projection’ 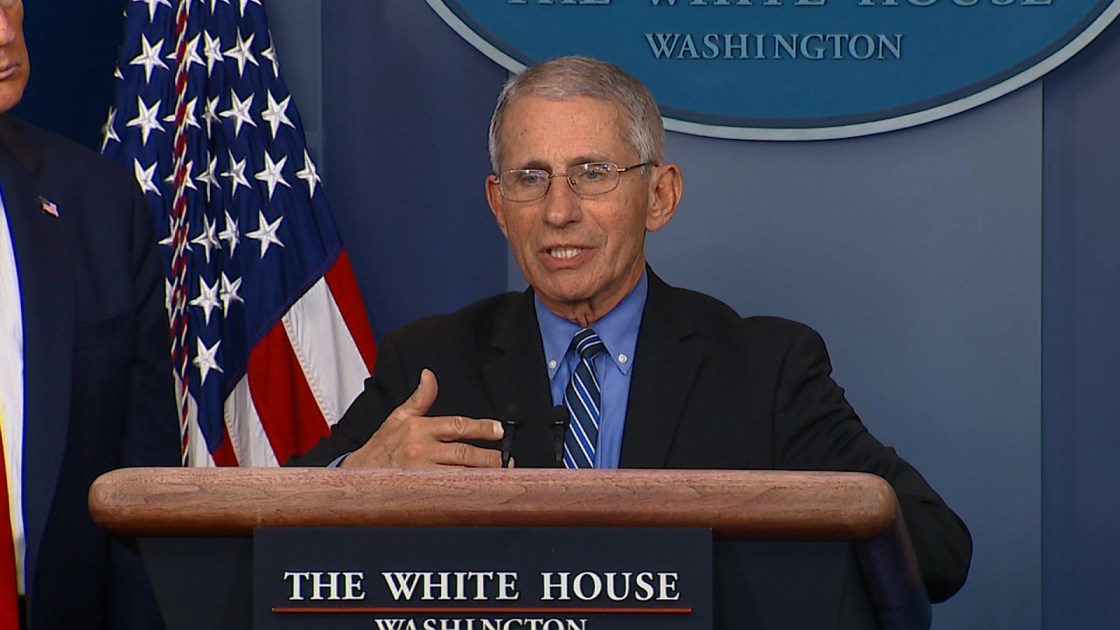 (CNN) — Dr. Anthony Fauci said that President Donald Trump was giving an “aspirational projection to give people some hope” when he floated reopening US businesses and getting Americans back to work by Easter, April 12.

Fauci claimed that the President is “listening” to the medical experts on his White House coronavirus taskforce about whether to make the decision to lift the government’s health restrictions imposed to fight the virus.

“He’s listening to us when we say we really got to reevaluate it, in real time, and any decision we make has to be based on the data,” Fauci said Thursday of the President on CNN’s Global Town Hall, “Coronavirus: Facts and Fears.”

With the number of cases increasing rapidly, “that’s not time to pull back,” said Fauci, the director of the National Institute of Allergy and Infectious Diseases.

On March 16, the administration issued guidelines for Americans to follow for 15 days to slow the spread of the virus that included avoiding groups of more than 10 and urging older people to stay at home. Since then, as cases have climbed, several states and cities have directed its residents to stay at home, with exceptions for essential workers.

Trump said this week that he wants the nation “opened up and just raring to go by Easter,” as the US economy is on a downward spiral and the reported jobless claims hit a historic high.

The US reached a grim milestone Thursday, as it became the country with the highest number of known cases of coronavirus in the world, according to CNN’s tally of cases reported by health officials.

“The President expressed really an aspirational goal as we continue to follow the data,” Pence said Friday during an interview on CNBC. “He would love to see it around Easter but whenever that day is that we can responsibly open up portions of the country.”

As the 15-day window nears its end, Pence told reporters on Thursday that the task force would be presenting “a range of recommendations and additional guidance for going forward” to the President this weekend.