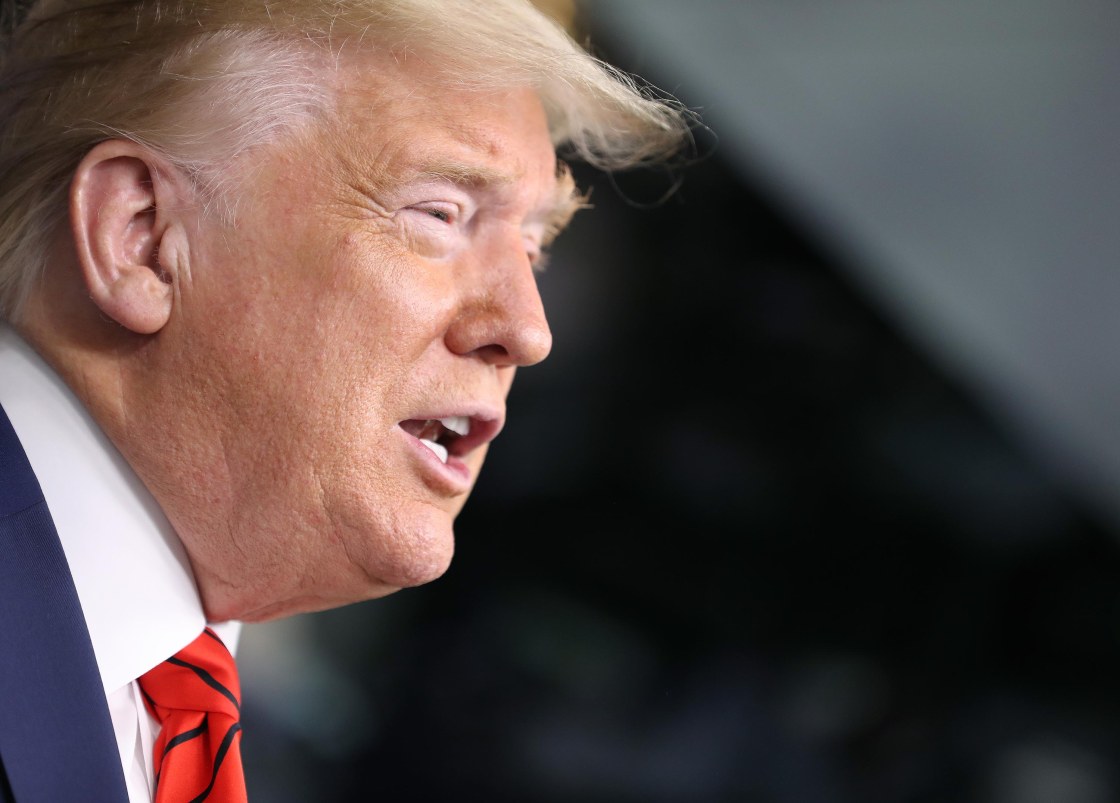 (CNN) — Administration officials were still working Friday to finalize a list of options to present President Donald Trump concerning the next phase of national guidelines on coronavirus as he continues to push for reopening parts of the country.

Members of the White House coronavirus task force expect they’ll continue preparing the options based on updated data into the weekend before presenting them to Trump at the start of next week.

Trump issued guidelines on social distancing meant to prevent the spread of novel coronavirus on March 16, but has said this week that he believes at least some Americans are ready to return to work amid a spike in jobless claims. The initial guidelines had a 15-day time frame, which will be reached early next week.

He told governors in a letter on Thursday that risk considerations based on geography would likely dictate the next round of measures from the federal government. States have moved independently to activate shelter-in-place orders, with some closing schools through the end of the year and all except businesses that are deemed essential.

Vice President Mike Pence said during a press briefing on Thursday that advisers would present “a range of recommendations” for new guidance going forward after carefully examining the data.

At this point, it’s not clear if those recommendations will come Saturday or Sunday, but one administration official said it was more likely to happen on Sunday so the most up-to-date data can be used when discussing the options.

Later, Trump told reporters he would not hear the recommendations until the start of next week.

“We’ll be sitting down on Monday or Tuesday, depending on which is best for everybody, and we’ll be making that determination,” Trump said, pointing to “brilliant” Dr. Anthony Fauci and Dr. Deborah Birx, and saying he’d hear out their options.

Those options are expected to mostly adopt the “tiered” approach to reopening sections of the country — along the lines of what Trump has laid out — with the variance being the level and speed of loosening the distancing guidelines.

One potential option could be to extend the current guidelines for another length of time, officials said, even though Trump remains adamant the country start going back to work.

Speaking at the White House briefing on Friday, Trump said he was intent on returning at least some parts of the country to a more regular way of life. But he acknowledged that health officials on his team may feel differently.

“Maybe at the advice of a lot of very talented people that do this for a living, they won’t want to do that,” he said.

“We want to flatten the curve,” Trump went on, adding: “I certainly want to get it open as soon as possible.”

In the letter to governors on Thursday, Trump wrote that individual counties would be classified as “high-risk, medium-risk or low-risk” and that new distancing guidelines would be based on those factors. Officials said afterward the tiered geographic risk system Trump laid out in the letter to governors is still a work in progress, with continued questions about the availability of tests in each state.

Trump has named some individual states where he expects looser guidelines to be offered. During an interview on Fox News on Thursday evening he mentioned Texas, Iowa and the “farm belt” as places that might be able to return to normalcy sooner than others.

He’s also privately listed some states in the South like Alabama and Mississippi that don’t currently have strict guidelines on distancing as places that should be able to open sooner. The governor of Mississippi thanked Trump on a phone call Thursday for advocating that some states can open more quickly. However, Alabama Gov. Kay Ivey — a Republican — on Friday ordered all non-essential businesses closed through April 17th, after deciding on Thursday to close schools for the remainder of the academic year.

Administration advisers have also warned Trump that just because states look like they don’t have high case counts now doesn’t mean they won’t eventually. Louisiana has been used as an example of a place that initially seemed to be doing well but where the situation has since worsened.

Some advisers have been looking into the possibility of individual workplaces offering testing that would then allow some of their workers to return. Advisers are also exploring ways to scale up contact tracing at the local level that would help prevent the spread of the virus — and further Trump’s goal of opening certain places.

Speaking during Thursday’s briefing, Birx, the White House’s coordinator for the coronavirus response, declined to provide a timeline for when more specific data related to state and local outbreaks might be available.

The US is also still working to scale up testing, which was hampered early in the outbreak by availability problems. On Thursday, Pence said more than 500,000 tests had been performed so far.

Some of the medical experts on Trump’s task force have publicly downplayed the prospect the country could return to normal quickly — including by Easter, the date Trump has said he hopes the country is “raring to go.”

While he made that projection on Wednesday, he did not repeat the Easter date either during Thursday’s briefing or his later Fox interview.

Fauci, the top infectious disease specialist, said during a CNN town hall that Trump was giving an “aspirational projection to give people some hope” when he floated reopening US businesses and getting Americans back to work by Easter, which falls this year on April 12. Pence echoed that during a CNBC interview on Friday.

Fauci claimed that the President is “listening” to the medical experts on his White House coronavirus taskforce about whether to make the decision to lift the government’s health restrictions imposed to fight the virus.

“He’s listening to us when we say we really got to reevaluate it, in real time, and any decision we make has to be based on the data,” Fauci said.