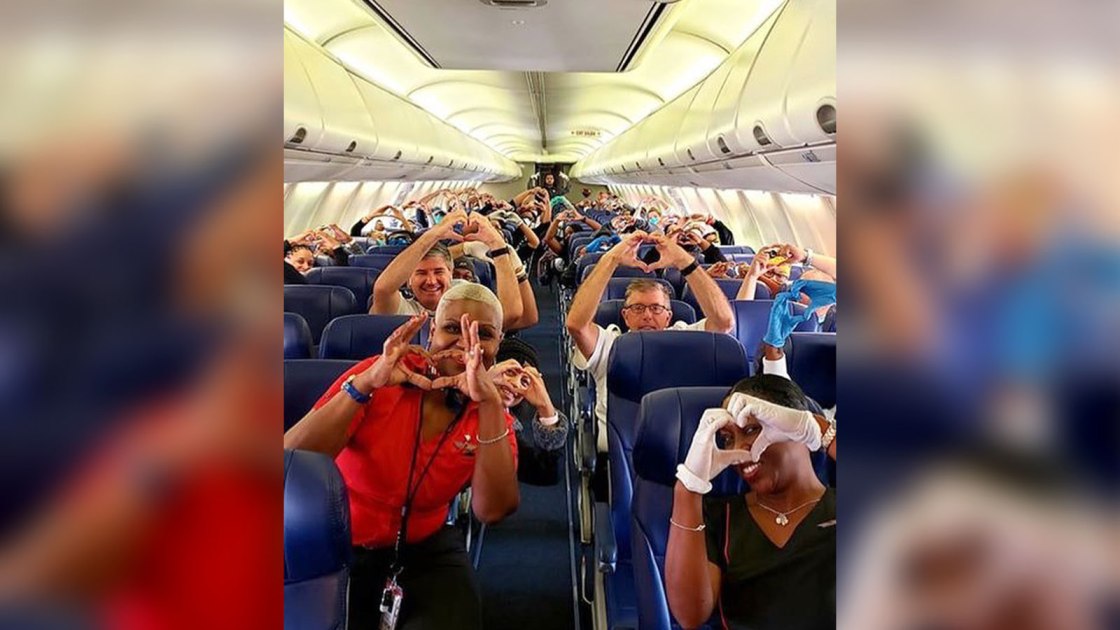 This sweet photo is what we need right now

As New York City struggles to keep up with the spread of coronavirus, dozens of health care workers from Atlanta boarded a plane to answer the call for help.

Almost 30 health care professionals boarded a Southwest Airlines flight to LaGuardia Airport on Friday, a spokesman for the airline confirmed. Other customers were also on the flight traveling to New York.

The flight crew, health workers and others held up their hands in the shape of a heart for a photo that’s getting all the love.

“While so many of us continue to feel the effects of the COVID-19 pandemic, no one knows what is happening quite like our medical professionals,” Southwest Airlines wrote on Instagram.

“These brave souls soldier on in the midst of tremendous risk and exposure, constantly putting the needs of others above their own. Their selfless sacrifice is a beacon of light during such a dark time in our world, and no amount of gratitude and praise would ever be enough.”

New York state has been hit hard, with 1,218 coronavirus deaths as of Monday afternoon, Gov. Andrew Cuomo said. Cuomo called for “all hands on deck” in the state, which brought in more medical staff and a surge in needed medical supplies.

The flight crew didn’t know there were so many health care workers heading to help out in New York until they were on the plane, Southwest spokesman Derek K. Hubbard told CNN on Monday.

A Southwest employee captured a photo of the sweet moment before the plane pushed back from the gate, he said.

“According to our Crew, these 29 healthcare workers were in good spirits and wanted to do their part to help those in need,” Hubbard said. “Our Crew thanked them for their service and sacrifice and wished them well on their journey ahead.”

The airline acknowledged the health care workers’ “bravery, courage and sacrifice,” adding that the job they do is not easy.

“To all the first responders, medical professionals, healthcare workers, and anyone else on the front lines today and every day to keep us safe, thank you,” the airline said on Instagram.