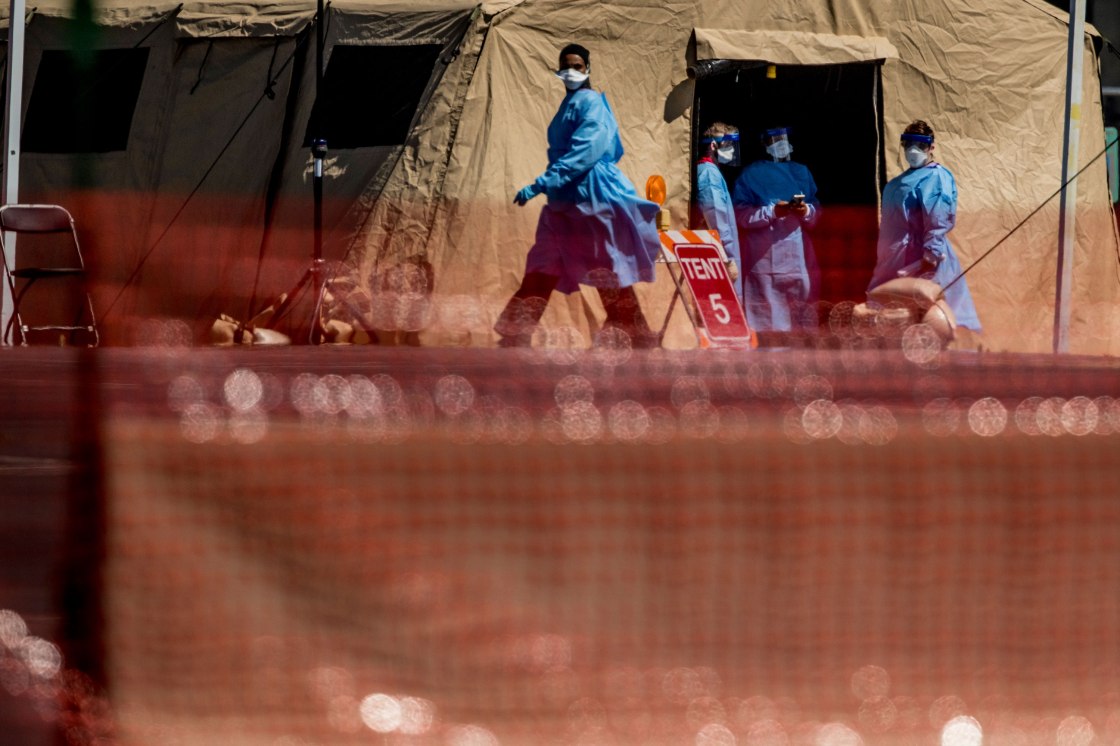 Early clues — in places like New York, California and Seattle — indicate social distancing may be slowing the rate at which coronavirus cases otherwise would have increased in the United States.

But health officials warn it’s too early to know how well it’s working — and even if mitigation measures continue, the number of US deaths still could be hard to take.

“We’re starting to see glimmers that (social distancing) is actually having some dampening effect” on the spread of coronavirus, Dr. Anthony Fauci, director of the National Institute of Allergy and Infectious Diseases, told CNN on Tuesday morning.

“We hope … that we may start seeing a turnaround, but we haven’t seen it yet,” he said.

Cases and deaths are soaring: At least 3,561 people have died in the United States — more than 770 of which were reported Tuesday alone. More than 178,000 coronavirus cases have been reported in the country.

There are, however, signs that rates of case increases may have been slowed in some places. It’s too early to pinpoint why, though the signs have come after federal and state officials urged people to stay at home or avoid crowds:

• In Northern California, “the surge we have been anticipating has not yet come,” Dr. Jahan Fahimi, medical director at the University of California San Francisco Health, told CNN. San Francisco issued the country’s first shelter-in-place order two weeks ago, and officials hope it is paying off. That hope has not necessarily reached Los Angeles County, where hospitals are seeing a steady patient increase.

Still, even if all states mandate social distancing within the next week, and then maintained this through May, some 82,000 people in the US could die from coronavirus by August, University of Washington health metrics sciences professor Christopher Murray told CNN on Tuesday, citing his modeling.

The model estimates that more than 2,000 people could die each day in the United States in mid-April, when the virus is predicted to hit the country hardest.

Dr. Deborah Birx, the White House’s coronavirus response coordinator, has said worst-case projections show “between 1.6 million and 2.2 million deaths if you do nothing.”

President Donald Trump on Tuesday said the United States would extend its set of social distancing guidelines for 30 days.

Doctors and health officials still are pleading for people to stay home, to slow the disease’s spread and dampen the rush at hospitals in hot spot cities, where physicians are running low on supplies to protect themselves and equipment to support patients.

“We don’t have a magic bullet (treatment) for this disease, so the best thing we can do is prevent infection,” and therefore we must continue to generally stay at home, Dr. Rochelle Walensky, chief of infectious disease at Massachusetts General Hospital, told CNN Tuesday.

New Orleans hospitals may run out of ventilators by the weekend, Collin Arnold, director of the New Orleans Office of Homeland Security and Emergency Preparedness, told CNN.

“Staying at home and isolating is the way to beat this,” he said Tuesday.