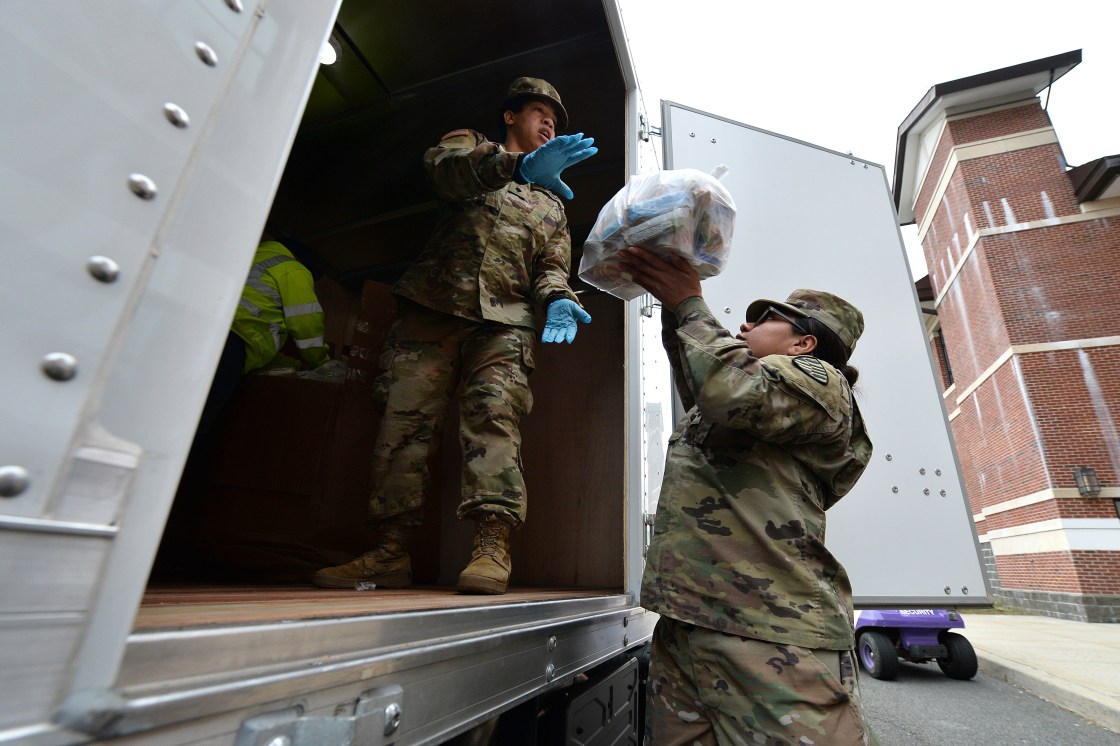 The US military is preparing to deploy additional forces to support the coronavirus response, including 15 Army task forces designed to support urban area hospitals dealing with the pandemic, a US defense official told CNN.

The Navy has placed two additional Navy Expeditionary Medical Treatment Facilities, one active duty and the other drawn from the reserves on “prepare to deploy orders.” The Navy earlier sent two of these units to New Orleans and Dallas. They consist of about 450 personnel, including 150 doctors.

The Navy and Air Force are also mobilizing volunteer reservists. The Army has similarly called up some 10,000 medical personnel on a voluntary basis in recent days.

The Army has also created 15 teams known as “Urban Area Medical Task Forces” from its reserves to help bolster the virus response. These teams will consist of 85 personnel each of which 20 will be doctors, a total of 1,275 personnel. The task forces are intended to work in arenas and convention centers that have been retrofitted into hospitals. The official said these forces should be mobilized by Tuesday.

Earlier on Friday, the Pentagon said that the military will convert three temporary medical facilities in New York, New Orleans and Dallas into ones capable of treating patients with the virus.

“At the request of (Federal Emergency Management Agency), the Department of Defense will expand its medical support to include COVID-19 positive patients at the Javits Federal Medical Station (FMS) in New York City, the Morial FMS in New Orleans, Louisiana, and the Kay Bailey Hutchinson FMS in Dallas, Texas,” the Defense Department said in a statement.

Originally all three facilities were intended to treat non-coronavirus patients in order to free up capacity at civilian hospitals.