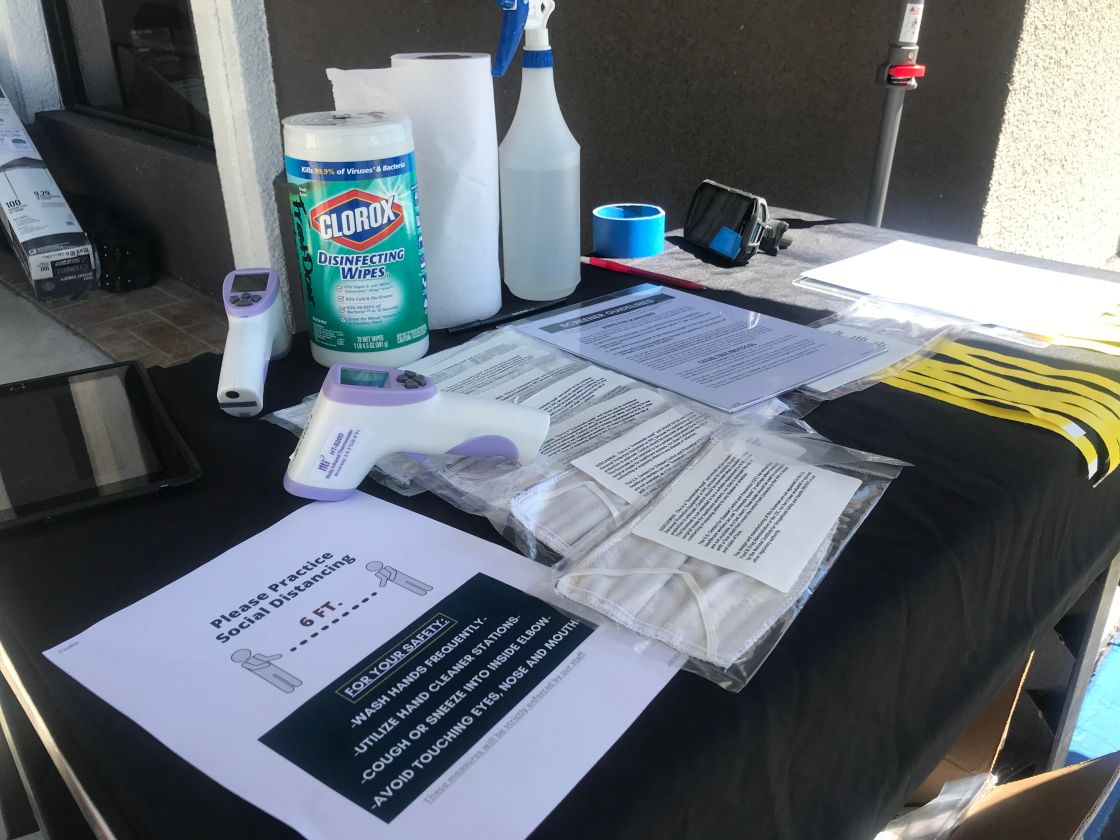 The topic of which businesses are essential and which are not is producing some confusion. Mathis Brothers Furniture in Indio reopened its doors for customers on Monday at 11 a.m. because they have “essential items”, according to senior store manager Audrey Rodriguez.

For the reopening, the store implemented a detailed screening process. In-store customers and employees have to stand in line, six feet away, get asked a series of questions concerning symptoms of the virus, then they take a temperature test. They’re offering masks for those who don’t have them and when the process is over, the customer gets a band to go inside.

Customers who went through the process told NBC Palm Springs they felt reassured and safe afterwards. Despite these precautions, one big question remains: Is Mathis Brothers an essential service?

“We have essential items for sale such as mattresses, adjustable bases,” Rodriguez said. “There are plenty of people who are in need of hospital type beds, lift chairs.”

Riverside County Public Health said the store is not allowed to sell to customers in the store.

“I was told pretty much that there had been no special disposition offered,” Riverside County Public Health Senior Public Information Officer, Jose Arballo, said. “As our county counsel was considering and they were operating out of compliance.”

The store said that hasn’t been their conversation with the city of Indio.

“We did contact the city and make sure that they knew exactly what our plans were and that we were planning on reopening up on Monday and we’ve kept everyone in the loop making sure that everybody knows exactly what we’re doing,” Rodriguez said.

NBC Palm Springs reached out to the city who said the city attorney is “looking into the matter”. The county did clarify the store is allowed to deliver and sell furniture online.

“They just can’t have customers come into the store and shopping in their store for furniture,” Arballo said. “That is just not an essential business.”

Still, customers were welcomed on Monday for anything from mattresses to chairs.

Mathis Brothers stores around the country have been allowed to stay open throughout the coronavirus outbreak, according to the corporate office in Oklahoma. The only stores shut down were the California locations which are in Indio, Ontario and Irvine. All three of those stores reopened on Monday.

The city and county could not tell NBC Palm Springs what kind of action would be taken against the store if they remained open.