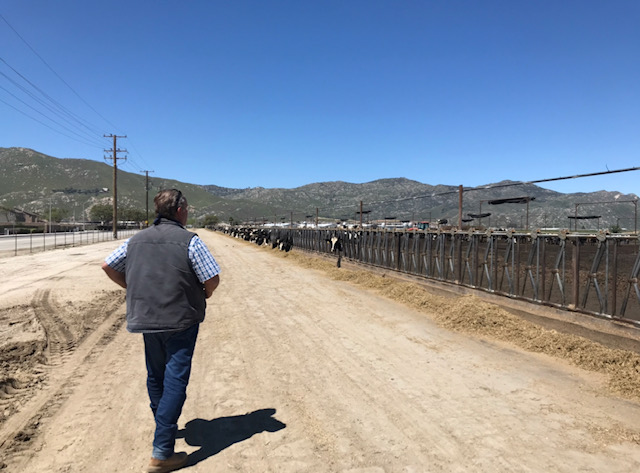 “I grew up on a small dairy in Holland and never in my wildest dreams thought that I could afford a dairy farm like this,” says Atteama.

But he’s having trouble seeping these days. Since the COVID-19 pandemic farms like Symon’s are barely surviving.

“Me and I think many of my colleagues are maxing out our credit lines and having a hard time paying our bills,” adding he’s now holding on by a thread, “payroll is on Friday, we’re barely going to make payroll.

Symon is not just worried about himself but also his 160 employees  who rely on him to support families. He says he applied for the Payroll Protection Program extended to businesses that allows them to keep their employees through grant money, but has not received a reply and banks are tightening credit lines.

His employees, like Jose Uribe say they’re scared too, scared of, “Losing my job, and not being able to support my family and losing my house.”

Atteama says a major disruption in the supply chain is drying up demand leaving a big surplus, “Dairy prices have collapsed during the pandemic primarily there’s been a supply issue beyond the plants, the restaurants are not buying the schools are not buying that’s about 45 percent of all demand in the United States and that translates to low farm prices.”

He says also limits imposed by markets when people were hoarding hurt them too, “There’s plenty of milk as a matter of fact many producers are dumping milk across the State of California, across the United States,” adding that it’s not just dairy, “some of my neighboring farms are plowing their vegetable products into the ground  because there’s no buyers for the vegetables again it’s a perishable product just like milk you can only hold it so long.”

As a farmer it hurts him to know there’s a lot of food being produced  but people are struggling to put food on the table.

“We see people in line for food and at the same time I know many dairyman dumping milk come on what’s going on in this country we need to get the supply chain in order so that doesn’t happen even if we have to give the milk to those people that’s better than throwing it away,” he says.

He says if help does not come soon they won’t be able to hold on through the pandemic and keep feeding America.

“Dairy farmers and farmers, are the backbone of America, they’re feeding the people if we as a county don’t get a supply chain in order we’re going to have disruptions I think in getting food to people, soon.”