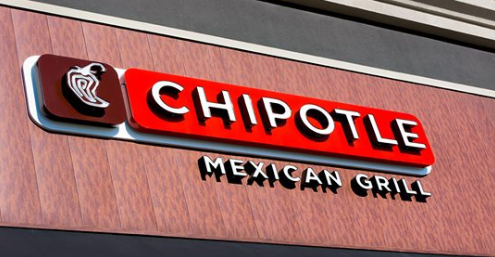 LOS ANGELES (CNS) – Newport Beach-based Chipotle Mexican Grill agreed Tuesday to pay a a record $25 million fine as part of a settlement agreement with the U.S. Department of Justice over the agency’s probe of a series of tainted food incidents that sickened more than 1,100 people over a three-year period.

The company also agreed to institute a food-safety program to resolve federal criminal charges over the wave of foodborne illness outbreaks that occurred between 2015 and 2018, according to the DOJ.

“Chipotle failed to ensure that its employees both understood and complied with its food safety protocols, resulting in hundreds of customers across the country getting sick,” U.S. Attorney Nick Hanna said. “Today’s steep penalty, coupled with the tens of millions of dollars Chipotle already has spent to upgrade its food safety program since 2015, should result in greater protections for Chipotle customers and remind others in the industry to review and improve their own health and safety practices.”

The outbreaks of norovirus — a highly contagious pathogen that can be easily transmitted by infected food workers handling ready-to-eat foods and their ingredients — occurred in company-owned Chipotle restaurants in Los Angeles, Simi Valley, Boston, Sterling, Virginia, and Powell, Ohio.

Norovirus can cause severe symptoms, including diarrhea, vomiting and abdominal cramping. In the Simi Valley case alone, 234 customers and employees fell ill.

Chipotle was charged Tuesday with two counts of violating the Federal Food, Drug, and Cosmetic Act by adulterating food while held for sale after shipment in interstate commerce.

In conjunction with the charges filed in federal court in Los Angeles, prosecutors also filed a deferred prosecution agreement in which Chipotle agreed to pay the $25 million fine — the largest ever imposed in a food-safety case, according to the DOJ.

If the company complies with the deferred prosecution agreement for three years, the government will move to dismiss the criminal information, the DOJ said.

According to the DOJ, the food safety incidents stemmed primarily from store-level employees’ failure to follow the company’s policies and procedures, including the exclusion of employees who were sick or recently had been sick, as well as a failure by restaurant employees to hold food at appropriate temperatures to prevent the growth of foodborne pathogens.

Brian Niccol, Chipotle’s chairman and CEO, said in a statement that the settlement “represents an acknowledgment of how seriously Chipotle takes food safety every day and is an opportunity to definitively turn the page on past events and focus on serving our customers real food made with real ingredients that they can enjoy with confidence.”

Since 2015, Chipotle has introduced food safety policies and procedures to bolster existing practices based upon a review of each ingredient, said Kerry Bridges, the company’s vice president of food safety.

“Over the last four years, we instituted several enhancements to our food preparation and food handling practices to lower the risk of foodborne illnesses,” Bridges said. “These measures include reducing the number of employees who come into contact with ingredients, safeguards to minimize the risk that an ingredient is undercooked, and sophisticated microbiological testing of raw ingredients to help ensure quality and safety before they are shipped to restaurants.”

In the Simi Valley case, an employee was sent home in August 2015 because he vomited. Although company policies required the restaurant to report such illnesses to Chipotle safety officials and to implement food safety procedures, the restaurant did not do so until two days afterward — and only after multiple consumers reported illnesses, according to the DOJ.

In the agreement with federal prosecutors, Chipotle said it will work with its Food Safety Council to evaluate, among other things, the company’s food safety audits, restaurant staffing and employee training to mitigate the issues that led to the outbreaks.