Trump Administration Working on Order to Temporarily Suspend Immigration into the U.S. 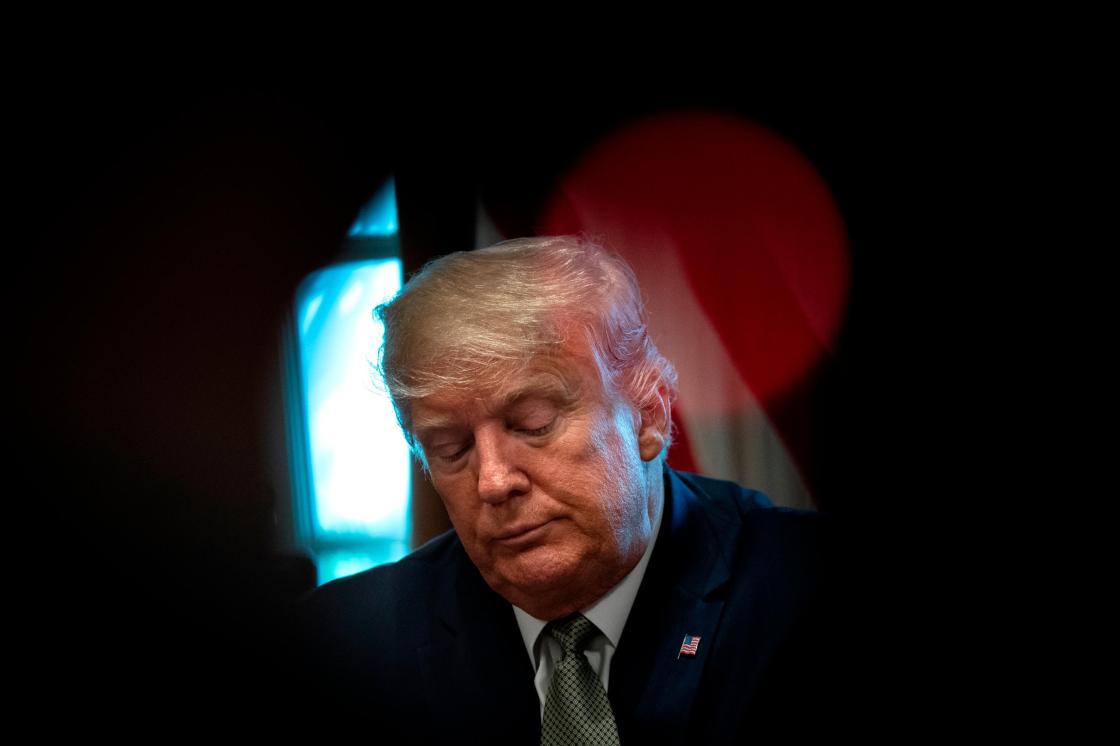 The Trump administration is working to finalize an executive order after President Trump said in a tweet he would temporarily suspend immigration to the United States as the nation battles the health and economic effects of the coronavirus pandemic.

In light of the attack from the Invisible Enemy, as well as the need to protect the jobs of our GREAT American Citizens, I will be signing an Executive Order to temporarily suspend immigration into the United States!

“In light of the attack from the Invisible Enemy, as well as the need to protect the jobs of our GREAT American Citizens, I will be signing an Executive Order to temporarily suspend immigration into the United States!” he tweeted.

Officials were still working to draft the executive order, according to an administration official, but hope to have it completed in the next few days for Trump to sign. While the language is still being finalized, the order is expected to temporarily halt the issuance of new green cards and work visas — steps that had already effectively already been in place amid the coronavirus pandemic.

A second administration official told CNN the executive order will be a “temporary 120 days or so” halt on “some” work visas to mitigate some of the unemployment concerns related to the pandemic.

Other aspects of the order remain unclear inside the administration, including what legal authorities the President will rely upon in the order and what other elements of immigration — including family immigration and potential exemptions — might be included.

The order is expected to include some exemptions for farm workers and health care providers, according to the official, but could also exempt some other workers deemed “essential.”

Officials were also weighing expanded travel restrictions beyond the current bans in place from China and Europe, the official said.

What effect the order will have on the operation of US border crossings and on those who already hold green cards remained unclear.

Against the backdrop of the pandemic, the Trump administration has tried to move forward with some of its most restrictive policies that it had struggled to put into practice prior to the spread of the coronavirus, including blocking entry to asylum seekers.

Meanwhile, as Trump is looking to close the border, he is encouraging protests against stay-at-home orders and has issued a call for the states to phase-in reopenings beginning May 1.

In a statement on Tuesday, White House press secretary Kayleigh McEnany did not provide additional details or timing for the executive order, nor did she mention any health benefits to the ban. Instead, she emphasized employment implications of the planned immigration pause.

“President Trump is committed to protecting the health and economic well-being of American citizens as we face unprecedented times,” she wrote. “As President Trump has said, ‘Decades of record immigration have produced lower wages and higher unemployment for our citizens, especially for African American and Latino workers.’ At a time when Americans are looking to get back to work, action is necessary.”

The Department of Homeland Security didn’t immediately respond to a request for comment.

As a result of coronavirus and attempts to curtail its spread, immigration to the United States has been largely cut off: Refugee resettlement has been put on hold, visa offices are largely closed and citizenship ceremonies aren’t happening. Trump didn’t offer details Monday on what he intends to do to further restrict immigration in the face of coronavirus.

“This is not about the policy. It is about the message the president wants to send. He wants people to turn against ‘the other.’ And, regardless of the valuable contributions immigrants are making to the response and recovery, he sees immigrants as the easiest to blame,” Ali Noorani, the executive director of the National Immigration Forum, said on Twitter.

Trump’s tweet comes as the administration seeks to reopen parts of the country from the coronavirus shutdown through a phased approach, but it’s also a continuation of the President’s 2016 campaign promise to slow immigration.

Trump has repeatedly touted his decision to halt travel from China and Europe as a means of blunting the spread of coronavirus in the United States.

Citing the “unscreened” and “unvetted” people who come into the US across the southern border, Trump said late last month that the border would be sealed off “mostly, and even beyond, but mostly during this global pandemic.” Restrictions on nonessential travel remain in effect and on Monday, the Department of Homeland Security announced they’d be extended with Mexico and Canada.

The administration has also put in place an order allowing the US to swiftly remove migrants arrested at the border, including children.