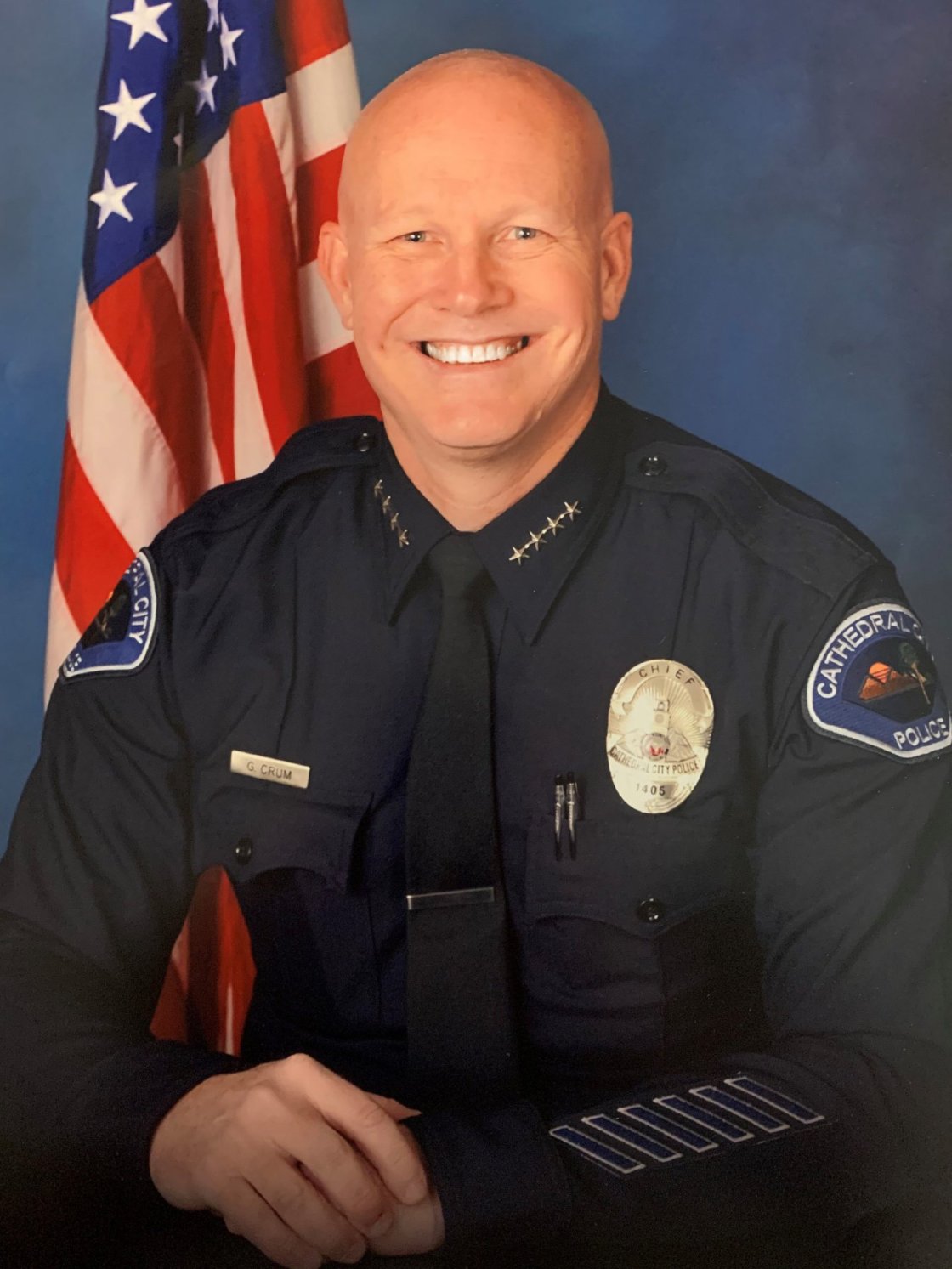 Cathedral City Interim Police Chief George Crum has accepted an offer to return to the city as its permanent police chief. City Manager Charlie McClendon made the announcement Thursday.

Police Chief Crum served as Cathedral City’s police chief for three years prior to Travis Walker who was placed on paid administrative leave last May amid sexual harassment allegations. Anthony Yoakum first filled Walker’s position before taking a position with the city of Beaumont before Crum returned on February 24, 2020 to fill the role of interim police chief.

“We are very excited to have Police Chief Crum return to Cathedral City,” stated City Manager Charlie McClendon.  “While our police chief for three years, he energized the department, created great community relations, and instituted policies that not only helped lower our crime rate, but addressed complex issues like homelessness.”

Chief Crum will immediately begin his role and will earn a salary equal to his annual salary when he retired in 2017 at $211,331.54.

“I feel it is my duty to leave retirement and come back to Cathedral City as we face these unprecedented times,” said Police Chief Crum.  “The men and women who work for the Cathedral City Police Department are the finest individuals you can have to protect and serve our residents, businesses and visitors.”

The department says Chief Crum’s leadership and experience will bring certainty back to the department and the community.