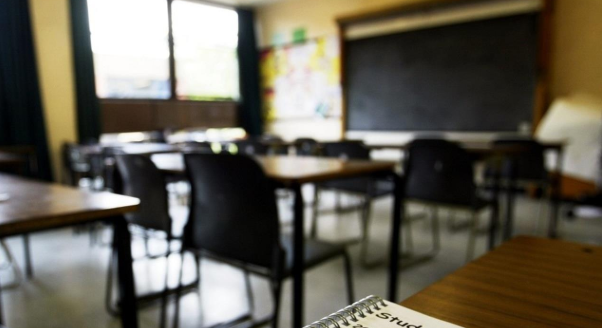 It’s been almost two months since schools closed because of the coronavirus pandemic. Ashley Moreno, mom to  Mylo who is seven-years-old, Mya, who is five-years-old and Mykela who is two-years-old, has had her hands full being a mom and helping her son with distance learning.

“It’s very overwhelming, as you can see Mya just ran because her little sister is chasing after her,” says Moreno.

But the thought of sending Mylo back to school and have Mya start kindergarten in July or August as the state and districts have discussed as potential back to school dates  worries her.

“Kids carry the most germs and it’s spread easily throughout the classroom, not having a sneeze covered, a cough covered, runny nose, they share pencils, crayons, glue sticks,” she says adding there’s no way to social distance in the classroom.

Plus she says Mylo has respiratory issues that would make him more vulnerable, “I’m very scared,” she says.

“I’m not scared because I have my mom,” says little Mylo.

Other parents told us on social media it’s time for children to get back to learning at school.

The county superintendent of schools Dr. Judy White tells us this has been a difficult time for everyone.

“This is my forty-second year in the field of education and serving as Riverside County Superintendent of Schools, which includes 430 thousand students this is probably been my most challenging experience,” says White.

White says they have formed a task force to discuss every possible  scenario including hybrid learning systems and room for districts to vary in start dates for the next school year, “We’re going to look at the recommendations from our task force, they’re going to be completing their work in a couple of weeks, then we’re going to see is it reasonable to set a date knowing that you might have to move the date if your date points and your science tell you that it’s not safe and healthy for the children, however we know that the community wants to have a target date and one will be given but one will not be given at this time.”

Moreno says officials would not have the final say in her household, “We’re going to protect our kids when it comes to it no matter what.”

White says there will be options for parents who have children who are high risk and will follow all county and state directives.