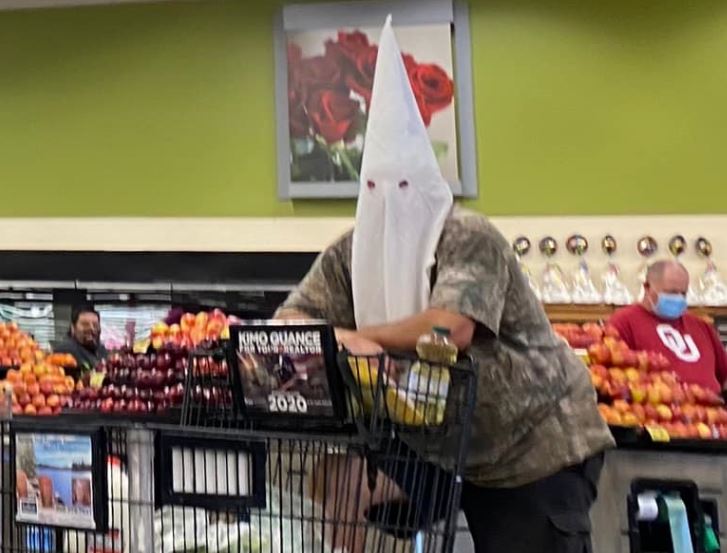 Local leaders are condemning a man who wore a Ku Klux Klan hood to a grocery store over the weekend.

Photos posted on social media by resident Tiam Tellez, and later shared by a local leader of the Anti Defamation League, show the man inside the Vons store on Mission Gorge Road in Santee Saturday, wearing the hood while he shops.

“So troublesome in so many ways this is still happening in Santee at Vons,” Tellez wrote on Facebook. “Disgusting!” 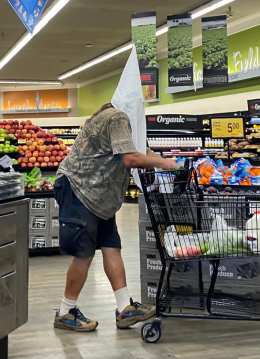 A corporate spokeswoman told the San Diego Union-Tribune that grocery clerks repeatedly asked the man to remove his hood or leave the store. After being confronted by a supervisor, the man took the hood off, bought his items and left.

While Tammy Gillies, regional director of the San Diego ADL, was critical of the store’s response on Twitter, Tellez and other people who posted about the incident online thanked management for stepping in.

As the photo spread, local leaders spoke out against the man’s actions. Santee Mayor John Minto published a statement thanking “all who stepped forward to curtail this sad reminder of intolerance.”

“Santee, its leaders, and I will not tolerate such behavior,” Minto said.

“The images I’ve seen are abhorrent,” County Supervisor Diane Jacobs said in a statement. “This blatant racism has no place in Santee or any part of San Diego County. It is not who we are. It is not what we stand for and can’t be tolerated.”

The woman later updated her post saying she wanted to thank the management team for telling the man to either remove the hood or he would have to leave, so he removed the hood.

The man wore the hood to the store one day after the county’s face-covering requirement went into effect. The measure, aimed at curbing the spread of coronavirus, requires residents to cover their nose and mouth when inside stores and other places where they will come within 6 feet of others.