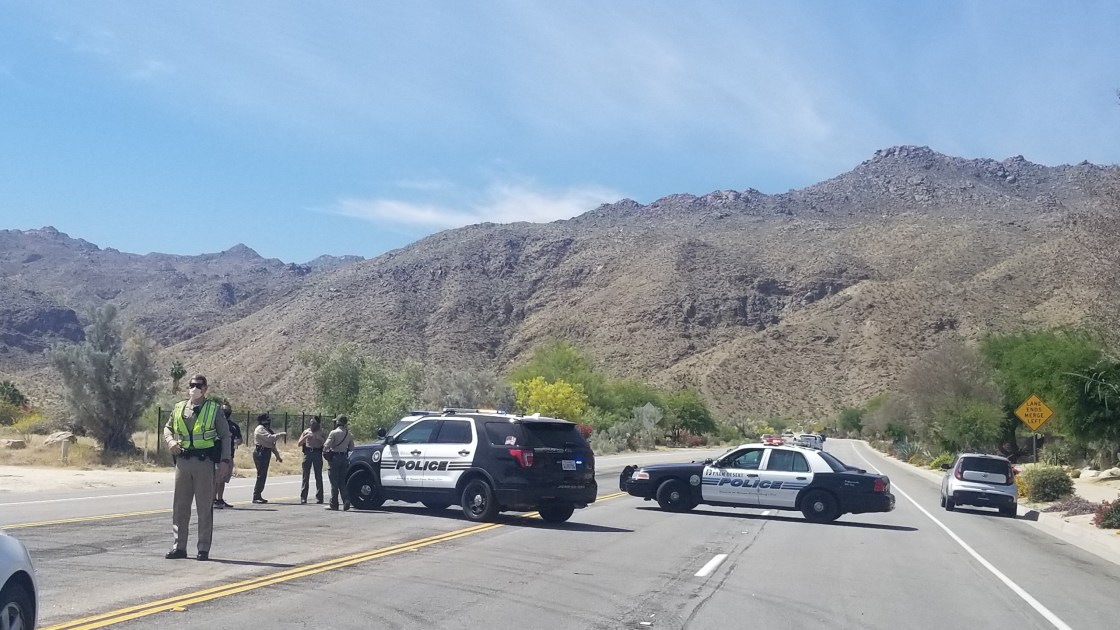 A 49-year-old father who allegedly tossed his young daughter to her death from a cliff after a rollover car crash on Highway 74 near the community of Pinyon Crest is expected to be arrested on suspicion of murder when he is released from a hospital, authorities said Thursday.

The incident stemmed from a domestic violence incident reported about 8:30 a.m. Wednesday in the 41000 block of Washington Street, outside the Southwest Community Church in Indian Wells, according to Riverside County Sheriff’s Sgt. Ben Ramirez.

Arriving deputies located an injured woman, who was taken to a hospital with non-critical injuries, and learned the man allegedly responsible for the attack — later identified as Adam Slater of Palm Desert — had fled the scene in a car.

Shortly afterward, deputies learned that a rollover crash reported about 9 a.m. south of vista point on Highway 74 could be connected to the original call.

According to sheriff’s officials, witnesses attempted to help Slater and his daughter escape the wreckage, but Slater stabbed at least one man attempting to help rescue his daughter.

“The suspect then took the girl from the arms of the male he stabbed. Multiple witnesess saw the suspect take the child and throw her over a steep cliff into a ravine,” the sheriff’s department said.

The child, whose name and age were not released, died from her injuries at the scene, officials said.

Authorities say Slater then ran down into a canyon, where deputies later detained him after a short foot chase.

Slater was transported to a local hospital for injuries related to the crash, and is expected to be booked on suspicion of murder after he gets released.

It was unclear if the man he stabbed required medical treatment.

Officials did not disclose a motive in the crime, nor was the cause of the crash immediately known, if any other vehicles were involved or if drugs and/or alcohol were a factor.

The investigation remains ongoing. Anybody with information is urged to call Investigator Munoz with the Central Homicide Unit at 951-955-2777.