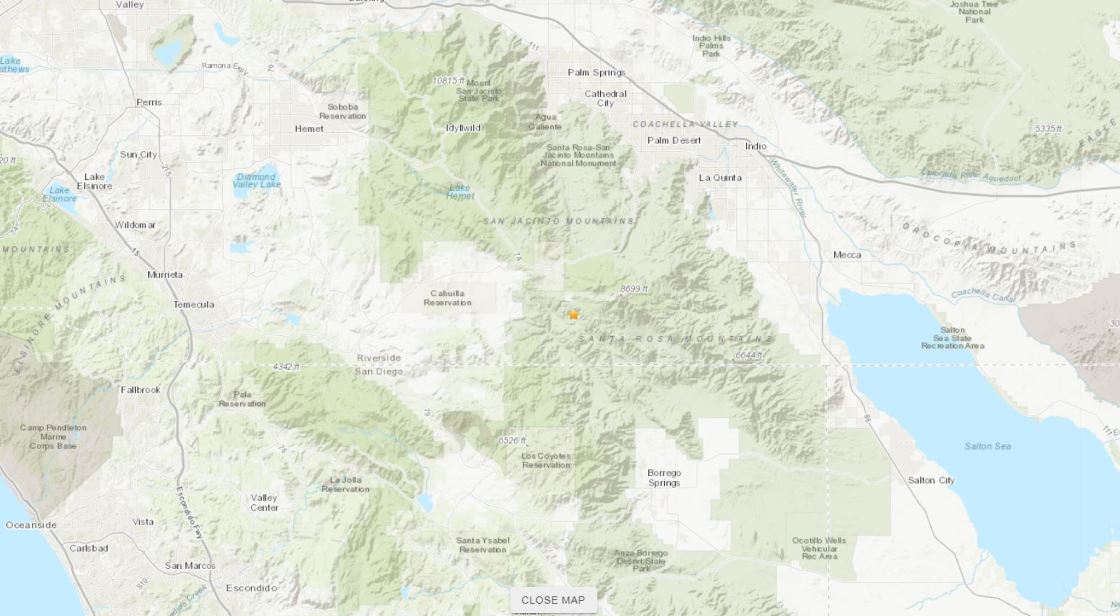 ANZA (CNS) – A magnitude 3.1 earthquake that struck near Anza this morning was felt in both Riverside and San Diego counties.

The quake was recorded at 9:40 a.m. about 10 miles southeast of Anza, according to the U.S. Geological Survey.

It was felt in multiple Coachella Valley cities, and in Menifee, in Riverside County, according to the USGS “Did You Feel It?” online map, along with San Diego, Lakeside, Escondido and Ramona in San Diego County.

There were no reports of damage or injuries caused by the quake.

On Sunday at 3:07 p.m., a magnitude 4.5 temblor with an epicenter about 11 miles southeast of Ocotillo Wells in the Imperial Valley was felt across Riverside and Imperial counties, the USGS reported. No damage or injuries were reported with that quake.