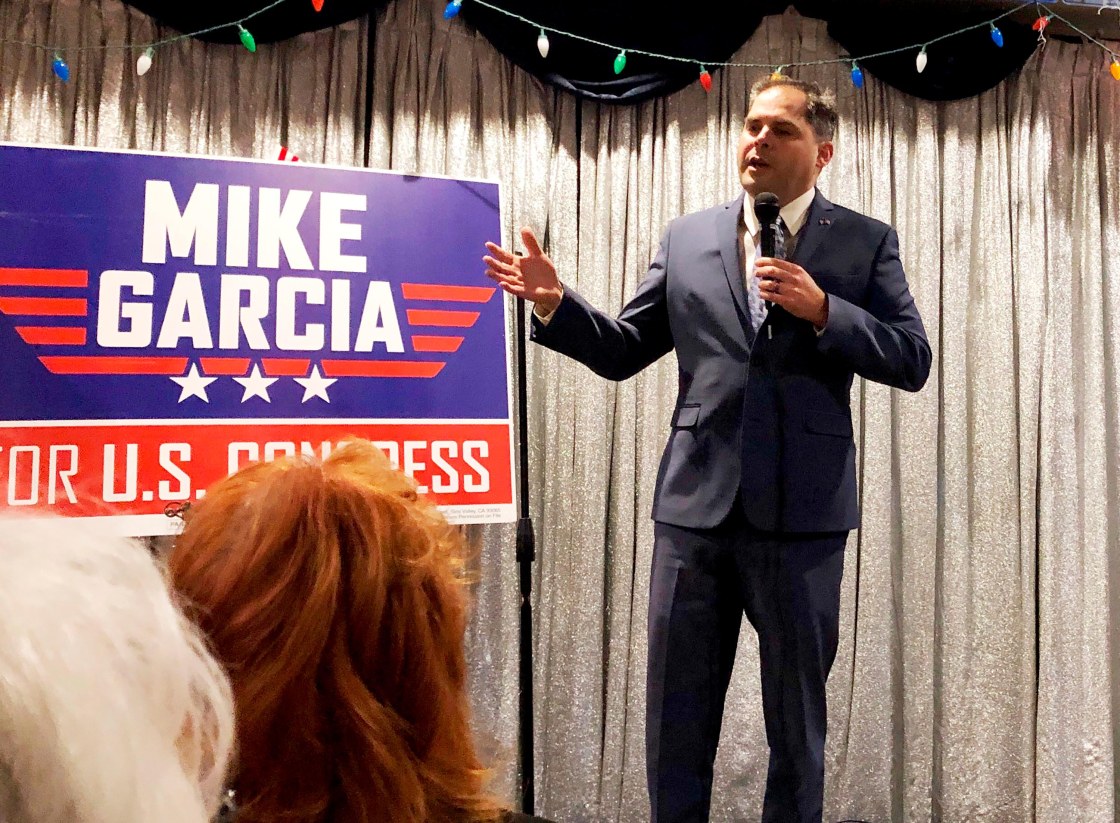 “While it’s critical that we ensure every vote is counted and recorded, we believe that the current tally shows Mike Garcia is the likely victor in the May 12 special election. As such, I’d like to congratulate him,” Smith said in a statement on Wednesday.

Garcia, a businessman and Navy veteran who has never before held political office, was endorsed by President Donald Trump, while Smith, a state assembly member, had been endorsed by a number of prominent Democrats, including former President Barack Obama and former Democratic presidential nominee Hillary Clinton.

The special election results determine who serves out the remainder of what would have been Hill’s first term in office. But there will be a rematch. That’s because Smith and Garcia are still running as candidates for a November general election to decide who holds the seat in the next session of Congress.

The race played out in a battleground congressional district — California’s 25th, which encompasses parts of Los Angeles and Ventura counties and spans suburban and rural areas — and was fiercely contested.

The seat went from red to blue when Hill won in 2018. Democrats had hoped to keep the seat, but the party faced more challenging terrain now that Hill no longer held the seat with an incumbent advantage. Losing the seat is a symbolic blow to Democrats, and Republicans will be galvanized by victory as they fight to try to win back the House majority in the fall.

Garcia heavily emphasized his military background in the race and ran on a platform of promises to lower taxes, “defeat socialism” and “build the wall,” while casting Smith as a liberal career politician.

The Smith campaign, meanwhile, sought to closely tie Garcia to the President while condemning Trump’s response to the coronavirus pandemic.

By Wednesday morning, Garcia held a lead over Smith, but CNN had not yet made a projection in the race and Smith had not yet conceded.

But Trump was still quick to declare victory for Garcia early Wednesday morning, tweeting, “Big Congressional win in California for Mike Garcia, taking back a seat from the Democrats.”

Big Congressional win in California for Mike Garcia, taking back a seat from the Democrats. This is the first time in many years that a California Dem seat has flipped back to a Republican. Also, Tom Tiffany beat his Democrat rival BIG in Wisconsin. Two great Congressional WINS!

Garcia himself did not declare outright victory on the night of the election, noting that there were still votes to be counted. But on Wednesday, the campaign released a statement saying that the results showed a victory for the Republican candidate.

Voting amid the coronavirus pandemic became a flashpoint in the race in the days leading up to the special election when Trump claimed without evidence that the election was “rigged.”

Trump further claimed that a voting booth system had been installed “in a highly Democrat area,” despite the fact that the election was “supposed to be mail in ballots only.”

It’s not true, however, that the special election was intended to take place exclusively with mail-in ballots.

In March, California’s Democratic Gov. Gavin Newsom issued an executive order requiring vote-by-mail ballots to be sent to every registered voter in the district. But the order also “authorized and encouraged” election officials to make in-person voting opportunities available. There were limited opportunities for in-person voting with multiple locations accessible to voters starting on May 2 through election day.