Jets Fly Over the Valley to Boost Morale 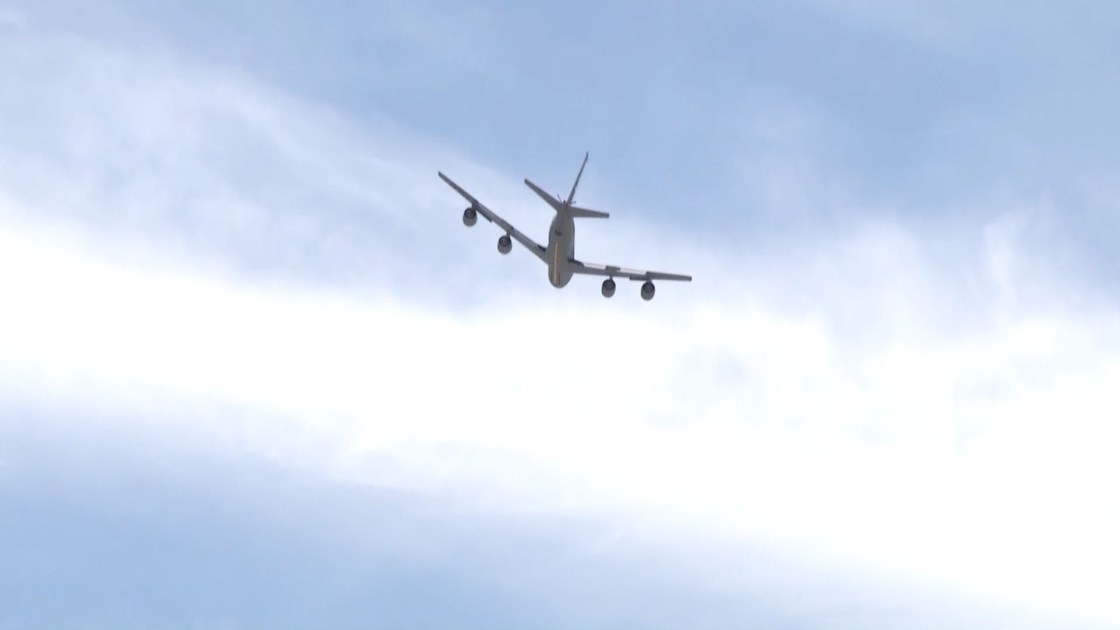 Two huge jets — one used for freight transport and the other, for aerial refueling — flew over 17 medical facilities in Riverside and San Bernardino counties Thursday as part of a morale- boosting salute to recognize frontline health care workers amid the coronavirus emergency.

The 90-minute flyovers from March Air Reserve Base involved a massive C-17 Globemaster III, which hauls cargo, and a KC-135 Stratotanker, which is an air-to-air refueling jet. Both planes and their crews — all Air Force reservists — are attached to the 452nd Air Mobility Wing.

“These flyovers incur no additional cost to the taxpayer,” according to a Wing statement. “Residents in the areas should be able to see the KC- 135 and the C-17 from the safety of their homes.”

Under Federal Aviation Administration regulations, the heavy jets must stay a minimum of 1,000 feet above populated areas, but they generally fly higher than that for safety, according to military officials.

The event is part of “Operation America Strong,” which the U.S. Department of Defense authorized in April as a morale booster amid the virus crisis.

In some locations, the military’s aerobatics teams — the Navy’s Blue Angels and the Air Force’s Thunderbirds — are engaging in flyovers.

The Thunderbirds will fly over San Diego and Los Angeles counties on Friday.

Deliveries of C-17s to the U.S Air Force have ended, but Boeing, which merged with McDonnell Douglas in 1997, continued to manufacture the cargo transport aircraft for export customers — the air forces of India, United Kingdom, Australia, Canada, Qatar, United Arab Emirates, NATO Heavy Airlift Wing, and Kuwait. The final C-17 was completed in Long Beach and flown on 29 November 2015.

The KC-135 entered service with the U.S. Air Force in 1957 and is one of six military fixed-wing aircraft with over 50 years of continuous service. Studies have concluded that many of the aircraft could be flown until 2030, although maintenance costs have greatly increased. The KC-135 is to be partially replaced by the Boeing KC-46 Pegasus.

“I hope all residents who see or hear the flyover will turn their thoughts to the brave women and men serving to contain the coronavirus,” Moreno Valley Mayor Yxstian Gutierrez said. “Health care workers are risking their own safety, working night and day to treat and protect the rest of us. They deserve a hero’s salute like this.”