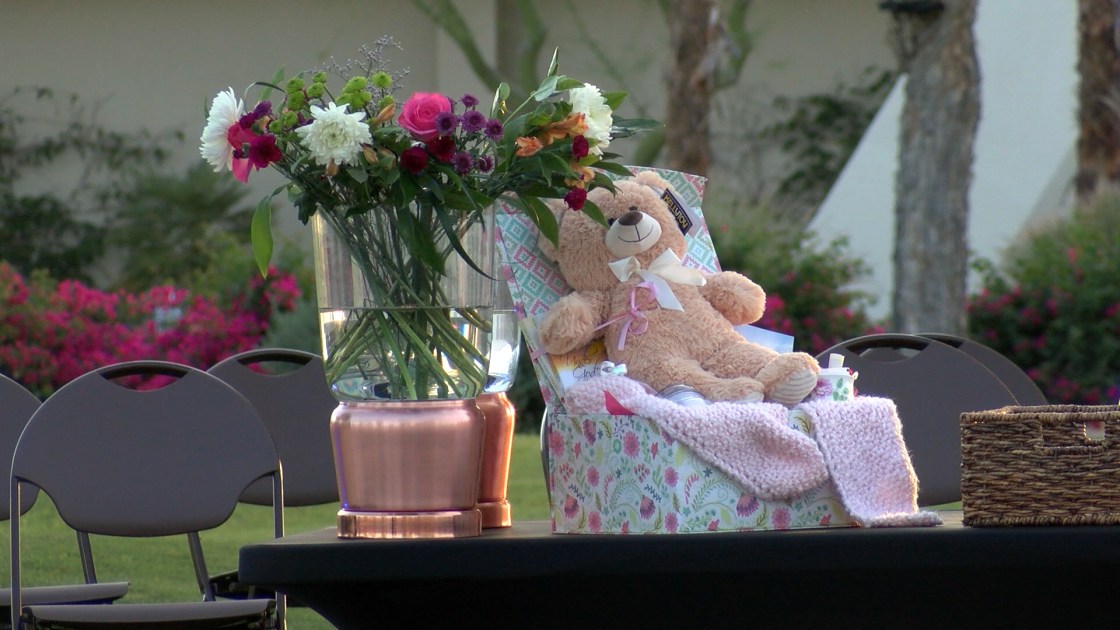 A celebration of life honoring Madalyn Payton Slater was held at Southwest Church in Indian Wells on Saturday. The one-year-old was tragically killed earlier this month and the church was part of the crime scene.

Over one-hundred cars showed up to pay their respects and show support to Madalyn’s family.

It included a motor-cycle salute and various acts of kindness, the family said they were amazed by the love shown.

Cars lined up, as the community came together for Madalyn Rose, the one-year-old whose life was taken too soon on the day of May 6th.

As people passed by to pay their respects, they also left cards, flowers, balloons, and signs of support. Madalyn’s Grandfather spoke on the family’s behalf and shared his last memory with his grand-daughter.

“That night before this happened I was holding her, I watched her and you just don’t want to take it for granted that you know, I’m going to see you tomorrow, you know what I mean? you just, you can’t take it for granted and I always did, and I’m just glad that I had that last opportunity with her that night,” said Michael Grome.

Grome also had a message for the community and people who also might be dealing with a loss during this pandemic.

“You never think it’s going to hit your home, you know what I mean, it’s the stuff that you read about, you hear about it and it hurts because it’s for other people but you never think it’s going to reach your home and you know that day when I got that call, you know, it was tough. we don’t understand why things always happen, why they the way they do but, we know that the lord is in control,” explained Grome.

Madalyn was Gromes’ first grand-child and when asked if he had any messages for her, here is what he said, “Aww, just, I love you. I mean look at her, how could you not, you know. she was the prettiest little thing and for me, it’s my first grandchild so I was excited.”

A GoFundMe account raised over $16,000 for the family in just a few short days, that and the event on Saturday night, showcasing the power of our valley community.