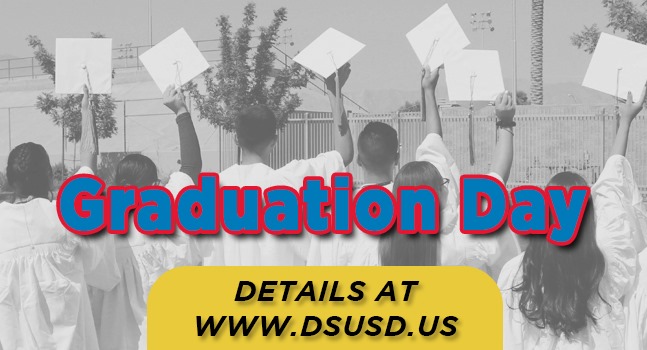 After seeing their in-person graduations nixed due to COVID-19, high school seniors throughout the Coachella Valley can still have their pictures snapped as they walk across a stage while wearing caps and gowns, it was announced Friday.

Schools in each district will be hosting their own drive-up events and virtual graduations, although concrete plans remain fluid for a majority of the schools.

High schools in the Palm Springs Unified School District are set to host separate drive-up events and virtual graduations, according to Joan Boiko, a district spokeswoman. The individual virtual graduations will be livestreamed from May 28 to June 4, although the dates for the in-person events are still in flux, she said.

Desert Sands Unified School District has released dates for its high schools’ graduations and in-person ceremonies, which are set for the first two weeks of June, with specific details available online at https://dsusd.us/graduation_2020.

Desert Sands officials specified that students will be able to drive to a designated location with family members. The graduates, clad in their caps and gowns, will be allowed to depart the vehicles to walk across a stage. Family members must remain in the vehicles, but can photograph or videotape from there. The virtual ceremonies, featuring speakers and other traditional graduation-specific events, are still set to be held virtually. Additional details will be released at a later date, the district’s website says.

Coachella Valley Unified School District will be holding its in-person ceremonies at the Empire Polo Fields in Indio, which include social distancing and other county and state requirements aimed at curbing the spread of the coronavirus, but specific dates have not yet been announced.

While Kaiser rescinded three of four public health orders due to an unanimous urging by the Riverside County Board of Supervisors earlier this month, the order closing schools remains in place, except for higher education institutions and vocational schools, which were stricken from the original order.

For additional information on this year’s graduation festivities, go to the websites of the individual districts at http://www.psusd.us, http://www.dsusd.us and http://www.cvusd.us.