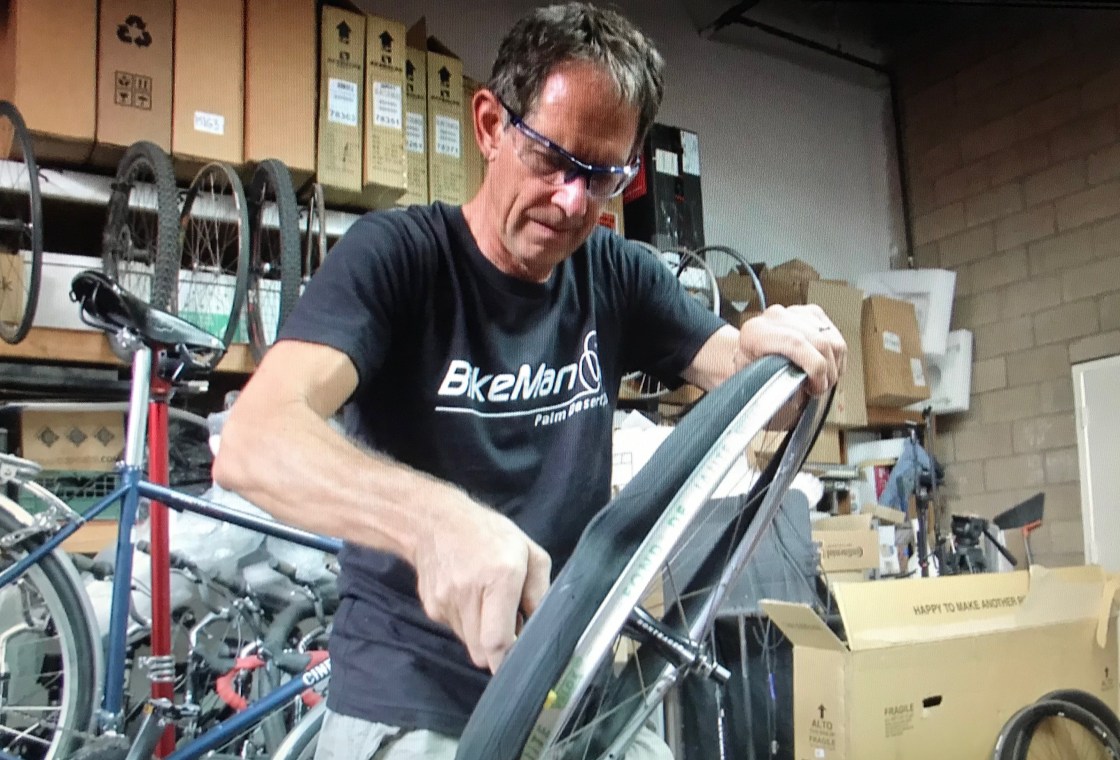 The owner of BikeMan, Kevin Brown has been in the bicycle business in Palm Desert for a quarter century. He’s seen his shares of ups and downs, so when the pandemic hit and forced people indoors he feared the worst.

“I became quite nervous and wasn’t really certain as to what was going to happen with the business,” says Brown.

But lucky for him after a few weeks shut ins wanted outdoor time.

“Fortunately the bicycle business is experiencing tremendous boom right now there’s a lot of people that have rediscovered getting outside and riding their bicycles,” says Brown adding his repair business is up 50 percent, “well the phone is ringing constantly and a lot of people are bringing bikes in that have been hanging out in the garage for quite sometime … and need a little bit of t.l.c..”

And sales are up too.

“Sales have been tremendous as well I‘m seeing people rekindle their interest with cycling and they’re actually buying bikes that are  5, 6, $7000,” he says.

He specializes in high end  bikes for serious riders. Those in the sport trust him with bikes worth thousands. Many drive hundreds of miles and others ship him their bikes from across the state for service.

“The bike man rules, he’s always taken good care of me,” says a customer in for repairs who is a triathlete.

But now, he says he’s welcoming newcomers to the sport, something the cycling world had been struggling with, “The bicycle industry as a whole on a national basis has been scratching their head and trying to figure out how to get more people out on bikes … the industry didn’t realize it would take a global pandemic to do that.”

And after some tough years he takes nothing for granted.

“I just feel very, very thankful that we’ve been blessed with a surge in business,” says Brown.