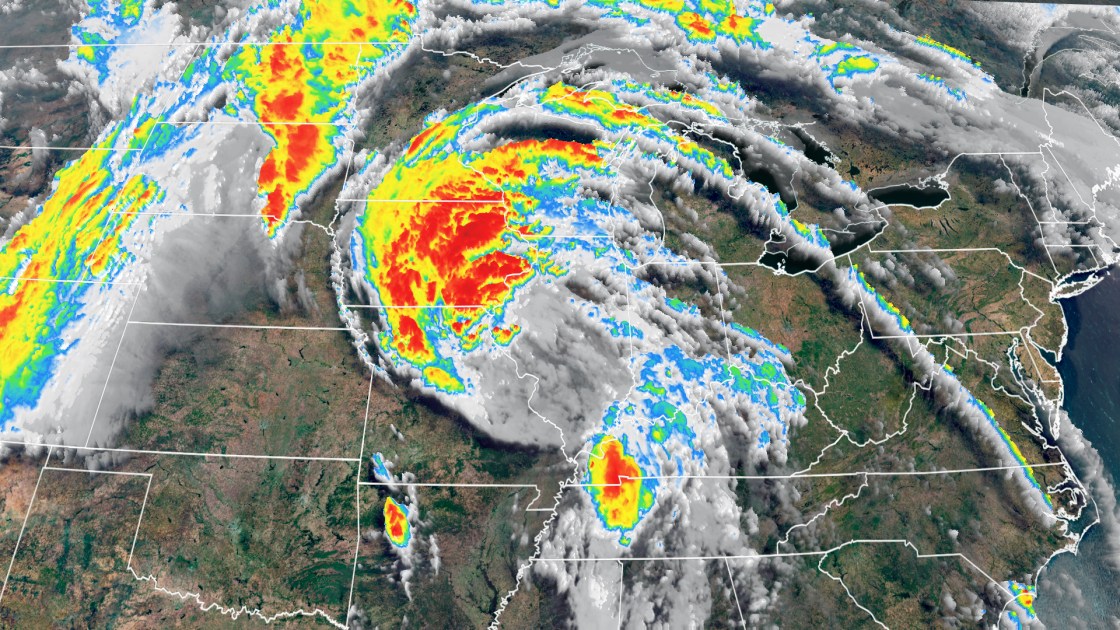 Tropical Depression Cristobal continues to be a threat across the central US with 30 mph winds and may even strengthen.

“Cristobal is expected to continue to produce heavy rain which may produce flash flooding and isolated significant river flooding with a few tornadoes through Tuesday,” tweeted the National Weather Service.

The center of Cristobal was moving across Missouri Tuesday morning and will continue to move to the north northeast.

“The system will track towards the western Great Lakes and interact with another frontal system,” CNN meteorologist Dave Hennen says.

As the storm interacts with a cold front, it will transition into an extratropical cyclone — a system with a cold core instead of a warm core like a tropical system.

Because of this transition, “some strengthening is forecast during the next 36 hours,” says the Weather Prediction Center.

This means winds could spread out from the center and pick up in intensity slightly. Thirty million people are under either a wind warning or advisory, including the cities of Omaha in Nebraska, Kansas City, Oklahoma City, Memphis, and Chicago.

Tornadoes are also possible Tuesday afternoon and evening, particularly across Illinois into western and central Indiana.

The Storm Prediction Center issued a slight risk — level 2 of 5 — for damaging thunderstorms across this region.

“Flash flooding continues to be the main threat from the storm,” Hennen says.

Flash flood watches are out for around 10 million people from Minnesota and Wisconsin, southward into Missouri.

Rainfall totals of 2 to 4 inches, with locally up to 6 inches are possible over the next couple of days.

“There is a moderate — level 3 of 4 — risks for flash flooding that includes Minneapolis, Rochester, Omaha, Lincoln, and Des Moines,” Hennen says.