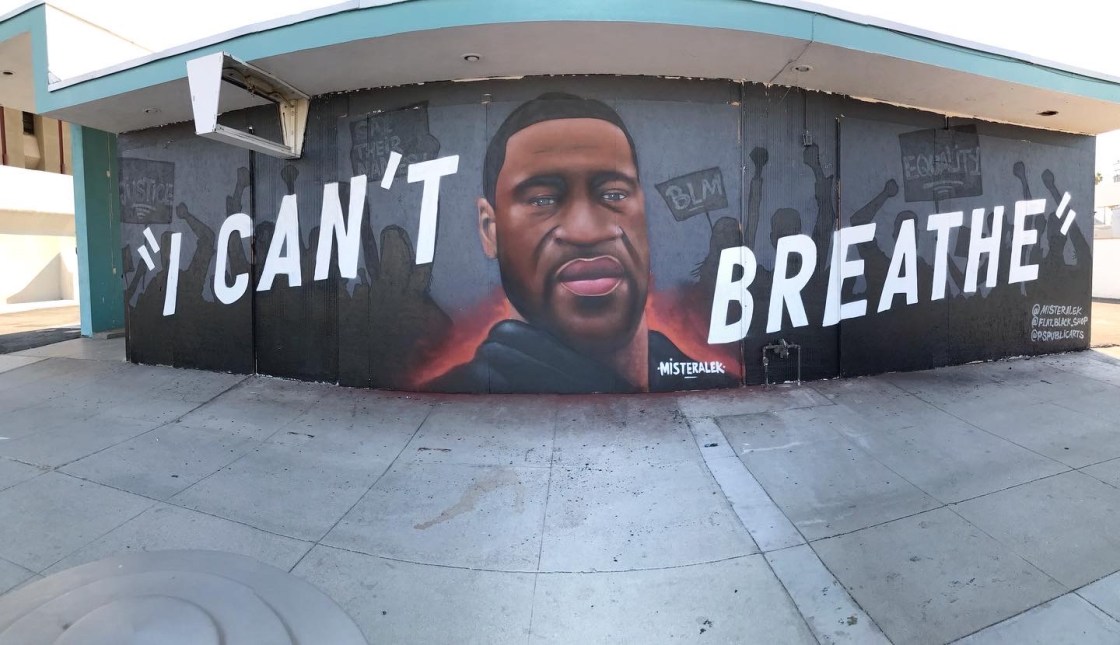 A mural of George Floyd is now painted near downtown Palm Springs, it reads ‘I can’t breathe’ across the painting.

He goes by the name Mister Alek, and he has been painting murals for quite some time. He traveled to Palm Springs to install a special art piece in honor of George Floyd, and to bring awareness to police brutality.

“Pete reached out to me a couple of weeks ago with a mural that Alek did in Watts, California. And we just seized on the opportunity that Alek is willing to come out and paint this mural for us,” said Russel Pritchard, Commissioner with the Palm Springs Public Arts Commission.

Mister Alek currently lives in Watts, California where you can see much of his artwork.

“We just like to do stuff for the community because nobody really does it out there, there is no money involved, it just comes from the heart for everyone to enjoy,” explained Mister Alek.

The focus of his work is usually center community leaders and people who have had a big influence.

And so far the community’s response has been positively overwhelming.

“This woman who is a first responder from new york city, here on a three-month assignment, she did a u-turn in the street so that she could get out of her car take pictures and engage with us,” explained Pritchard.

“Whether it’s like me painting the mural, some kids protesting in the streets, an artist doing art at home, whatever it is, as long as we all do our part and come together for a common cause, we can do some change,” said Mister Alek

The Palms Springs Public Arts Commission has a call for all artists in Coachella Valley. Artists interested in getting involved can head their website https://pspublicarts.com/