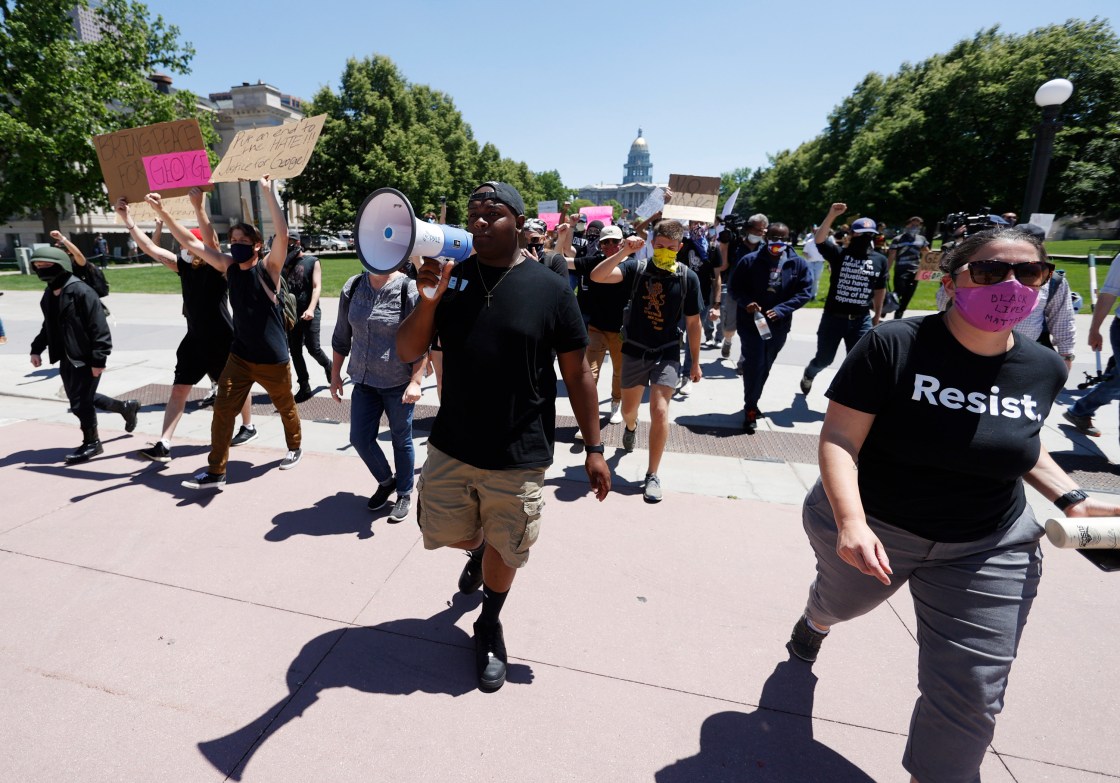 The Denver school board voted unanimously on Thursday to end its contract with the city’s police department, which provided school resource officers to work in the district’s schools.

The vote comes amid weeks of demonstrations across the country following the death of George Floyd in police custody in Minneapolis and calls to defund or abolish police departments.

Anderson, who also serves as the board’s at-large director, wrote in a Facebook post on Friday that the decision was prompted by the higher rate at which nonwhite students were referred to law enforcement.

“Last night we voted to end the contract with Denver Police, but this was never about an individual officer,” Anderson wrote.

“It was about dismantling a system that has held children of color down for far too long. I know that this change comes with critics and doubts on our ability to lead this district forward, but together we will craft a brighter future to ensure all students are safe in our schools and are no longer thrusted into the school to prison pipeline.”

Anderson also told CNN that the district had its own safety and security department to patrol its schools. The education news site Chalkbeat Colorado reported that the department included more than 100 unarmed and armed campus security officers.

Other districts have taken similar action

Denver is the latest school district to cut ties to the local police department.

Earlier this month, the Minneapolis Board of Education voted unanimously to terminate the district’s contract with the Minneapolis Police Department, which provided school resource officers at school buildings.

“George Floyd died on the street slowly and deliberately strangled and our children watched,” Jenny Arenson, vice chair of the board said during the virtual meeting on June 2. “Minneapolis police, individual officers and the city have work to do. And until they demonstrate they have done that work, we need to separate our relationship.”

Portland followed shortly after, with the superintendent announcing that the district would be “discontinuing the regular presence of school resource officers.”

Seattle also announced it would suspend its partnership with the police department for a year. The superintendent said that the presence of armed officers could prevent students and staff “from feeling fully safe and welcome in our buildings.”

Then Oakland’s superintendent and a majority of the school board threw their support behind a proposal to eliminate the district’s police department and reallocate those funds toward student support positions, including social workers, psychologists and other health professionals.

Some of the nation’s largest school districts are considering similar measures, including Chicago and Los Angeles.