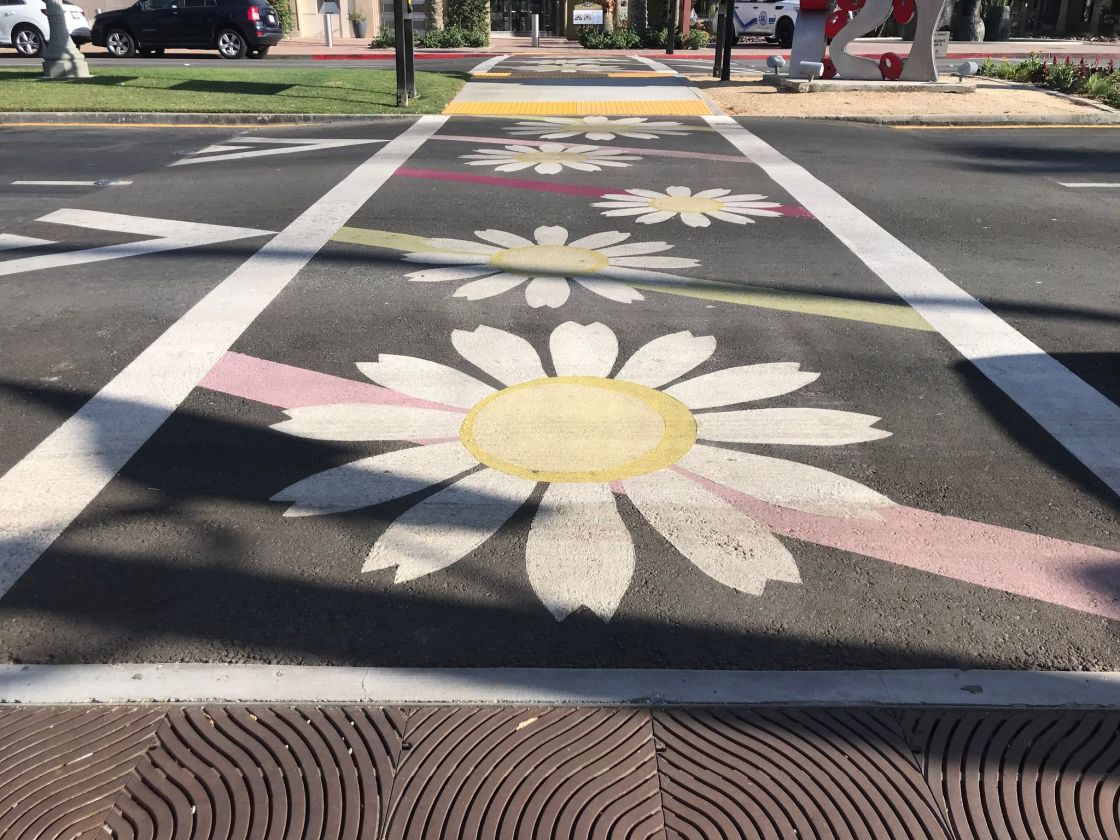 But people we spoke with who shop and work here say this addition is an eyesore that doesn’t belong and is getting uglier and are glad it will be gone soon.

“I think it looks more like a circus that anything else and now that it is getting old the paint looks very, very disgusting now, so I‘m pretty happy,” says Francoise Durant who likes to shop on El Paseo.

Susan Torres, the manager at Sophia’s Shoe Salon right next to a main crosswalk on Larkspur says it’s out of place and hits you out of nowhere, “Not a nice surprise, I think when you come in and see that, colorful thing, you’re like, ‘What is that and why is that there?'” adding she’s never even seen a bike on the bike rack, “we don’t get a lot of bicyclists that come and park down here and shop, the color of the crosswalk I think is kind of crazy so I‘m grateful that they’re taking them away.”

The temporary project was supposed to show  what nearly $1 million in improvements would look and feel like.

The raised crosswalks with lights and easy to spot markings were meant to slow cars down and prevent jaywalking but those who work near the hybrid speed bumps and see them in action say they don’t work.

“It’s actually kind of scary, I work right here,” says Ron Ulloa, as he points to the shop right across from it adding, “and I see them come flying over there and I always think they’re going to lose control over their car.”

The removal will take a few months as the city deals with a budget shortfall stemming from coronavirus closures. The cost of the removal will be anywhere from $150 to $250,000.