Christopher Columbus statue will be removed from California state house 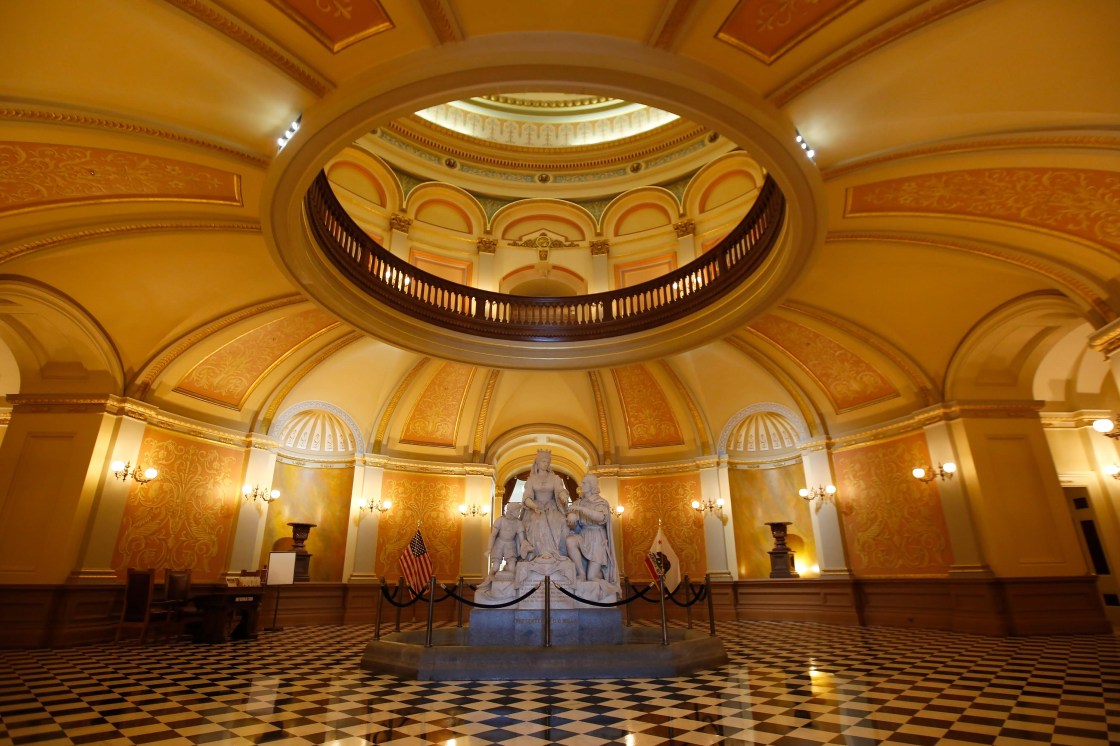 A statue of Christopher Columbus will be removed from California’s state capitol in Sacramento, state lawmakers announced Tuesday.

The statue, titled “Columbus’ Last Appeal to Queen Isabella,” has been in the center of the California Capitol Rotunda since 1883, when it was first gifted to the state. In a joint statement, legislative leadership called the statue “completely out of place.”

“The continued presence of this statue in California’s Capitol, where it has been since 1883, is completely out of place today. It will be removed,” the statement says.

In response to the nationwide protests and conversation surrounding racial inequality, people have been tearing down statues of Columbus to bring awareness to the cruelty he brought upon indigenous people. Columbus has long been a contentious figure in history for his treatment of the indigenous communities he encountered and for his role in the violent colonization at their expense.

In recent years, many cities and states have replaced Columbus Day with Indigenous Peoples’ Day, in recognition of the pain and terror caused by Columbus and other European explorers.

Earlier this week, in Chula Vista, California, a different Christopher Columbus statue was moved by the city to storage, citing public safety concerns hours before a planned protest to push for its removal, according to the San Diego Union-Tribune. And in Sacramento, a statue honoring John Sutter, the explorer and colonizer who spurred the California Gold Rush was removed from outside an eponymous local hospital.

According to the California State Capitol Museum, the Columbus statue in the rotunda is no stranger to controversy. During the capitol’s restoration, Native American and Latino groups recommended the relocation of the statue, but it was ultimately returned to its spot in the middle of the rotunda.

Many state lawmakers lauded the announcement by state leadership. California Assemblywoman Lorena Gonzales, chair of the Latino Caucus, wrote on Twitter that “It’s important that children today learn the difference between real heroes and fake ones.”