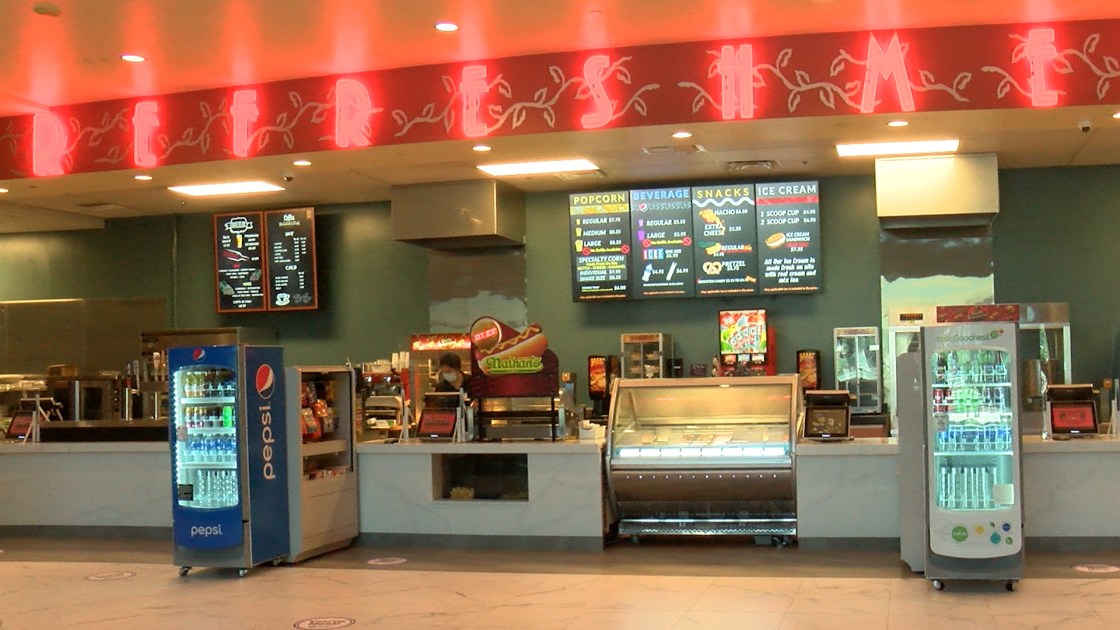 The Mary Pickford Theater in Cathedral City is reopening its doors, and it is the only place moviegoers can go to catch a flick in the Coachella Valley. But the reopening does come with some changes, NBC’s Nico Payne got an inside look at what people can expect.

Movie theaters are one of the latest businesses to reopen across the country, but as customers return they’ll find a different experience than they’re used to.

As part of that 25% capacity, certain seats will be off-limits to enforce social distancing.

“If you do have a group you can sit together, but there has to be spacing between that and the next group,” explained Hane.

Masks will also be required throughout the theater, the only time you can take face coverings off is when seated.

“It protects us, it protects each other, our guests, our people. but then also, this is what the governor has ordered us, so we don’t really have a choice in the matter, it’s not a political statement or anything, it’s a safety function and that’s just it,” added Hane.

Moviegoers say they are excited to get back in the theatre and looking forward to making movie plans for fathers day.

“I found out yesterday that Mary Pickford was open so I came on down, I’m getting tired of watching Netflix, no offense to Netflix,” said Terri Tahtinen, resident of Thousand Palms

“It’s been terrible not having any place to go, my wife and I were hoping that you would be open for father’s day so it’s going to be a special treat for us to come out tomorrow,” said Larry Gomez, resident of Cathedral City.

The theatre has also introduced new pricing and is offering an incentive for buying tickets in advance.

“If you buy the tickets online from our website, everything is five dollars, it doesn’t matter what time, what movie. if you buy it here, however, it is a six dollar charge. so again, we’re trying to get people online as much as possible,” said Hane.

With not many releases out right now, the theatre will be featuring some older classics including Grease, Footloose, and Beverly Hills Cop just to name a few.