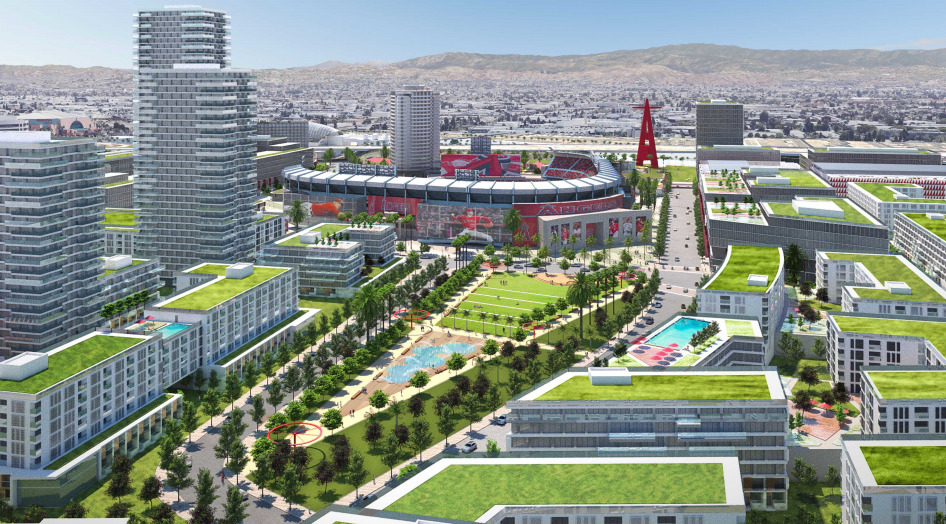 ANAHEIM (CNS) – Plans for a redevelopment around Angel Stadium that would add apartments and condominiums, stores, restaurants and two hotels were released Tuesday by Anaheim officials.

The plan is inspired by redevelopment projects around Wrigley Field in Chicago, San Diego’s Petco Park and the Texas Rangers’ Globe Life Field. 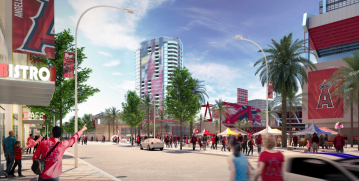 “For too long, the fate of baseball in Anaheim was unclear,” Anaheim Mayor Harry Sidhu said. “Now there is a clear path forward with this proposal for neighborhoods, parks, open spaces, shopping, dining and entertainment, all built around baseball.”

The project “has the potential to bring the great experiences of baseball cities such as San Diego or Chicago to Anaheim, and I look forward to reviewing it with my council colleagues,” Sidhu said.

“Not only does this proposal speak to our vision for baseball in Anaheim, the investment it represents will help move our city past the economic impacts of coronavirus in years to come,” Sidhu said.

City officials will “spend the next few weeks reviewing the plan and working with representatives from SRB Management to finalize remaining agreements for the sale of the stadium site,” said Mike Lyster, Anaheim’s chief communications officer.

“We expect final plans and agreements to come before our (City Council) in late summer or early fall, with plenty of time for the public to learn more about them before that,” Lyster said. 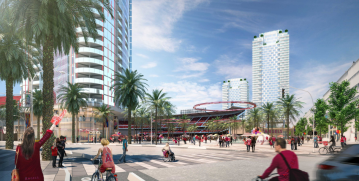 The two hotels will have 843 rooms total. The development will also include a 5-acre park and 5 more acres of community park space and 12,500 parking spaces in structures, on the streets and underground.

The plan calls for Angel Stadium to be refurbished or a new 45,500- seat stadium built for the Los Angeles Angels on land next to the Orange (57) Freeway and the Santa Ana River. 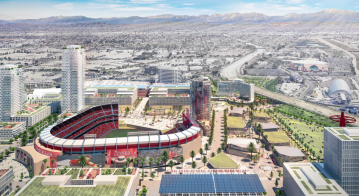 City officials expect to hold public hearings on the plan in September or October.